How to Wear Bohemian Style 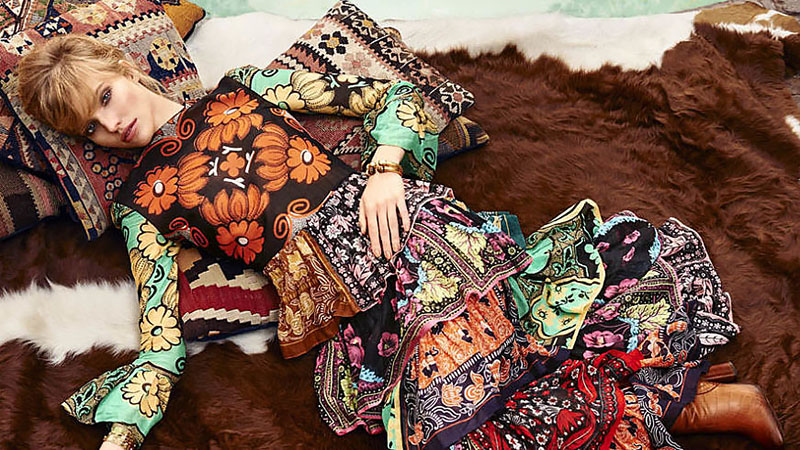 If you would rather have flowers in your hair, than diamonds on your neck then this post is for you!

Boho-chic is described as part bohemian and part chic and is a style of female fashion that draws inspiration from the various hippie and bohemian influences. The trend has been growing since 2000 and the popularity of the movement can be accredited to actress Sienna Miller, Mischa Barton, Jade Jagger and model Kate Moss as well as, Nicole Richie and Mary-Kate and Ashley Olsen.

The term “Boho” comes from an abbreviation of the word bohemian and while the original Bohemians happened to be travellers or refugees from central Europe (the French bohémien translates as “Gypsy or Roma people”) the term has now been loosely translated into a variation of meanings.

What makes the Boho movement so inspirational is that it focuses on looking natural and drawing out your individuality while accepting and combining your inner self with nature. The looks have been an inspiration to many individuals because of their originality and youthfulness, as well as, the unique appreciation for natural beauty, creativity and the expression of a truly romantic spirit.

Sandals are comfortable and casual, they are best when worn in neutral tones, but pops of colour can be a fun way to make this trend your own. These are all great items to create inspiration for a motivated bohemian look, although being barefoot is the key to making the look chic, comfortable and sustainable.

The idea is to keep your appearance looking natural, minimalistic makeup with natural and nude shades of eye shadow and concealer. The look is all about the expression of freedom, and this means you can break away from societies restrictions (including makeup) light blush for youthful radiance and create luscious lips by only using natural lip balm.

Everything is natural looking, including your hair. Think luscious curly locks and pretty braids combined with clips, headbands and flowers to beautifully adorn your hair.

The most important aspect when it comes to Boho chic is there are no rules or guidelines, and you can accessorise with fashion freedom. The pieces have often been nature inspired, made from natural materials such as wooden bangles, ankle bracelets, unique rings, shell earrings and dangling feather necklaces then this is the time to show them all off at the same time and mix-and-match to create unique and striking looks.

What is even more beautiful about the boho basics is most of the clothing that is worn is vintage and is tied to the vintage phenomenon in fashion, where the trend was to bring the vintage styles into a modern era. Which, in its way is sustainable and a form of clothing recycling—not only good for the planet, but also for your wallet. Boho chic combines organic, colourful, detailed, folk-inspired pieces with simple, modern pieces. 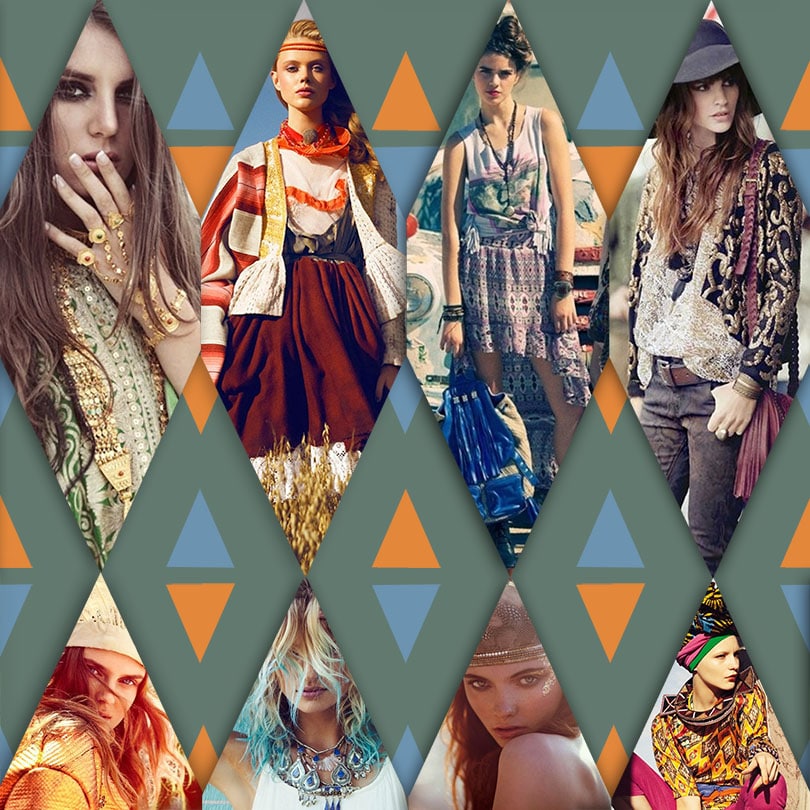 One of the founders of the fashion movement, Sienna Miller made the bohemian look popular after her appearance at the Glastonbury Festival in 2004—her sister, designer Savannah Miller, has described a “real bohemian” as “someone who can appreciate beauty on a deep level, is a profound romantic, doesn’t know any limits, whose world is their [sic] own creation, rather than living in a box”

The appeal of boho-influenced a revival in fashion freedom and drew the focus away from the high-street stores, young women showed off their creative expression with their summer fashion wardrobes.

Boho represents a distinct lifestyle, which is filled with creativity, wanderlust and the disregard for the rules of fashion which had originally stemmed from the late 60’s. The “Summer of Love” of 1967 was the period of experimentation, and freedom was at its peak. The hippie and bohemian fashion movements and lifestyle, combine freedom and experimentation.

Bohemianism lifestyle is an unconventional one, where persons can express their individuality and artistic expression in the company of like-minded people. The beauty of this lifestyle is the respect for nature and living simply off what the Earth offers us; it is a lifestyle for those with free spirits and a wandering heart.

For the adventurers, wanderers and even vagabonds who are all in the pursuit of something different, free from society’s chains they venture across the earth to explore their literary, musical and artistic pursuits.

The term is often associated with various artistic types and the people who adopt this lifestyle are often anti-establishment and have very different political and social views, these alternative views are expressed in a different way, through love, freedom which sometimes means voluntary poverty and frugality.

While not for everyone the Boho lifestyle has helped to produce several prolific and prominent writers, artists and musicians throughout history. Music is in many ways the key to the soul, and the Boho movement expresses this by the use of simple instruments such as drums, tambourines and basic flutes—the lifestyle has served as the inspiration for countless music festivals, and the fashion aspects of the lifestyle gained recognition from festival looks.

While it is hard to classify such a lifestyle in words alone, it can best be described as “a person with artistic or intellectual tendencies, who lives and acts with no regard for conventional rules of behaviour.”

To be non-materialistic, art-focused and have an untamed desire to travel is not for everyone, but it is a beautiful lifestyle that at the very least deserves recognition. For the countless individuals that it has inspired and will continue to inspire, for the woman who wants to walk barefoot with flowers in her hair, for the man who wants to live off the Earth the way nature has intended… We hope that we have severed to inspire you…with the way that the BOHO CHIC lifestyle has inspired our ideas and our wardrobes.