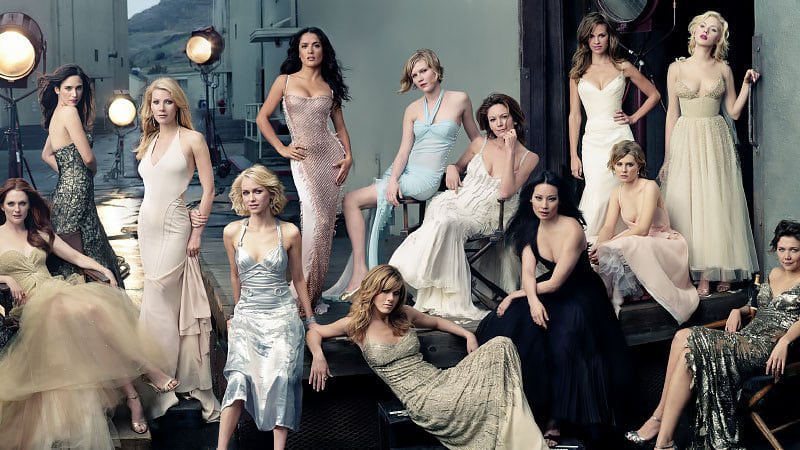 Beauty nowadays comes in many different shapes and sizes, and a pleasant appearance is not everything to go by anymore. Today’s leading ladies are outspoken, accomplished minds and business moguls, dominating our everyday media, launching trends, and changing the world in which we live. Whether on screen, on stage, or on the runway; these ladies are altering the face of our society. All while looking naturally flawless – and what’s fiercer than that? These are the hottest women in the world right now.

RELATED: 50 Most Beautiful Women Over 40

RELATED: 20 Most Beautiful Black Women in the World

Emilia Clarke really has it all: beauty, wit, and a bunch of pet dragons. As of this year, the Game of Thrones actress has become one of the highest-paid actors on television, earning a jaw-dropping AU$3.54 million per episode. While she has graced many top spots in magazine’s ‘sexiest alive’ rankings, she is also a known advocate for women’s rights and gender equality. 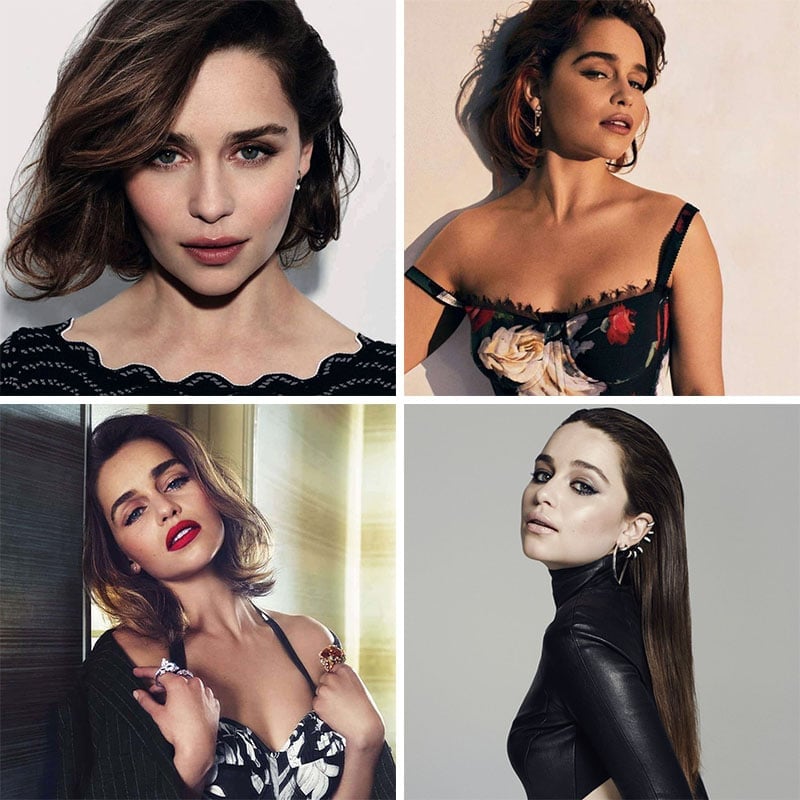 From the cute girl-next-door to confident girl boss; Rihanna’s transformation is one to behold. Whatever the Barbadian beauty touches, turns to gold. With hundreds of music awards and design collaborations in her corner, she has now focused her professional interests on the beauty industry. Her Fenty Beauty collection was named one of the inventions of 2017 by Time magazine.

RELATED: How to Steal Rihanna’s Style 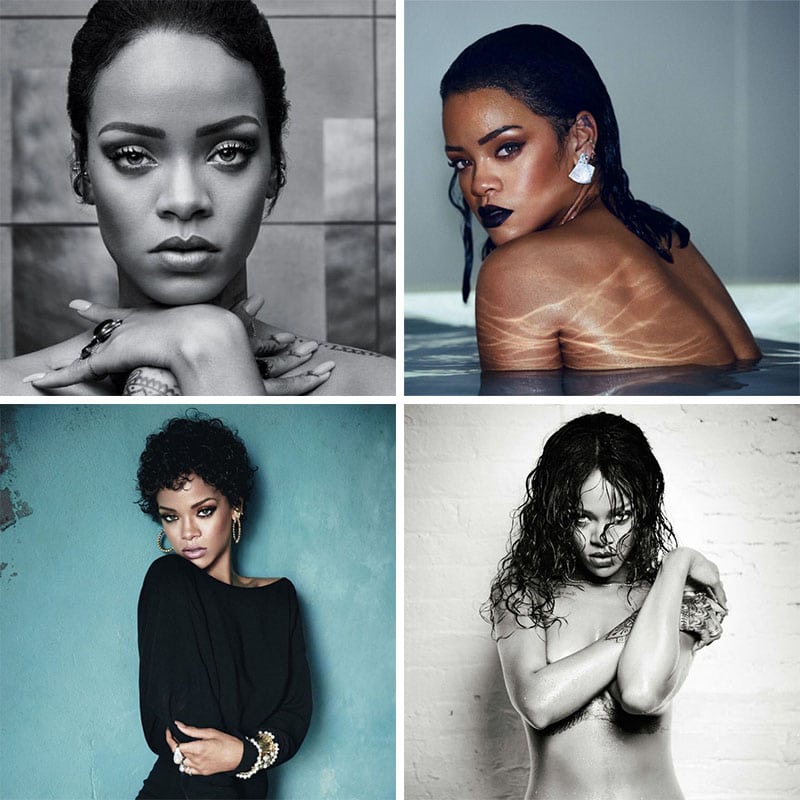 Plus-size goddess Ashley Graham is not only strikingly gorgeous but also harbors an impressive entrepreneurial spirit. Arguably the hottest curvy model in the world right now, she has turned her name into a successful brand. Recently she designed a lingerie collection for the Canadian label Addition Elle and launched a swimwear line for women of all sizes. 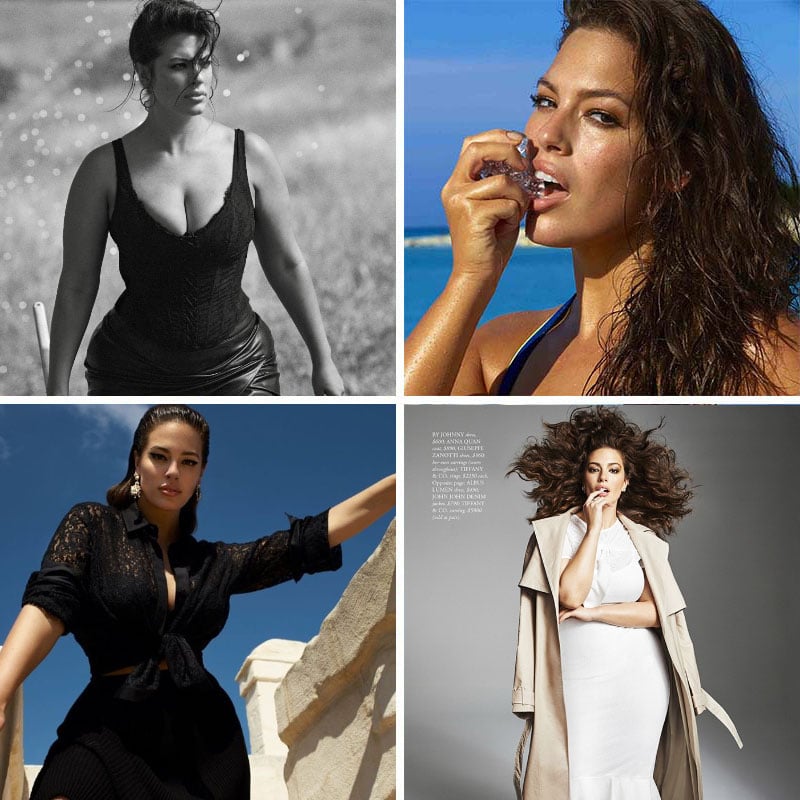 Angela Yeung Wing, who is better known by her stage name Angelababy, is more than just a pretty face. In addition to investments in several businesses, the model/actress has also set up a venture capital fund, AB Capital. She is also one of the youngest people to be included on the Hurun Philanthropy List. 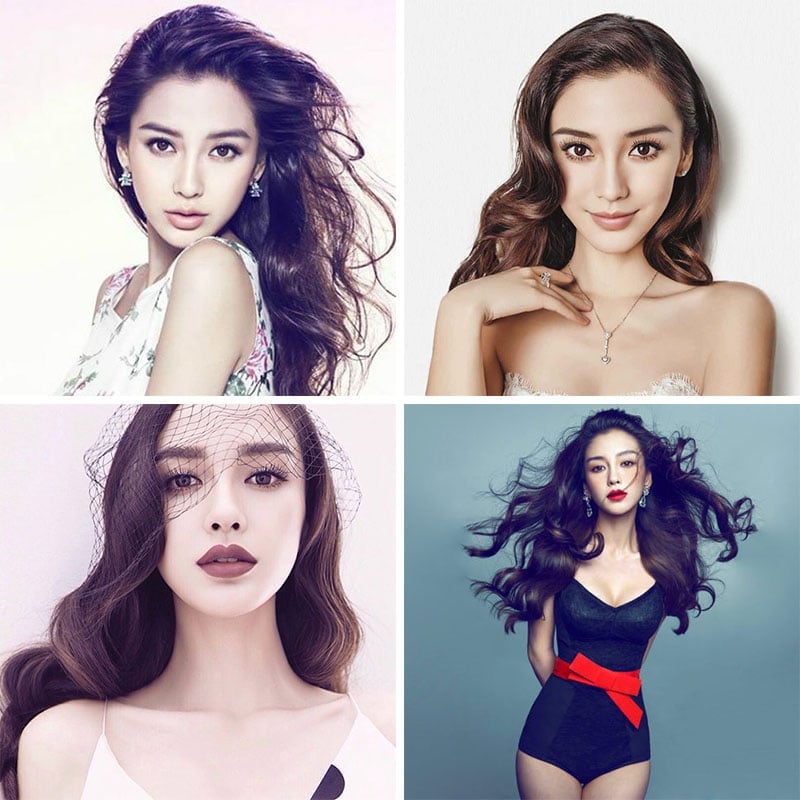 This Australian beauty is without question one of our most attractive – and talented – acting exports. Since being cast by Martin Scorsese for The Wolf of Wallstreet, she’s become one of Hollywood’s hottest newcomers. Fun fact: Margot Robbie is a hobby tattoo artist. During the filming of Suicide Squad, she set up ‘Harley’s Tattoo Parlour’ where she inked cast and crew, including herself. 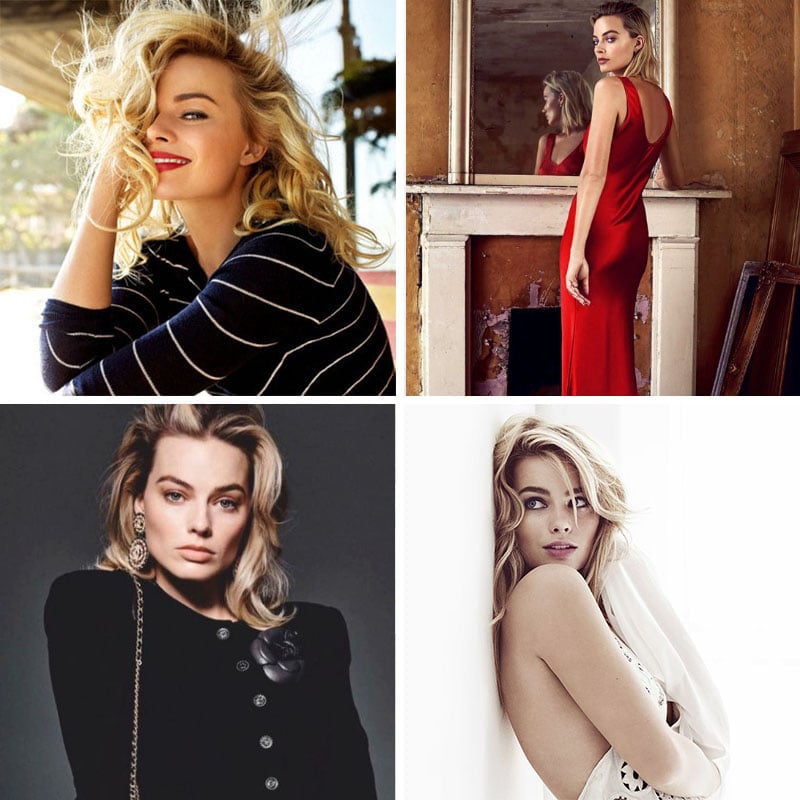 Since being discovered at a Primark in London over ten years ago, Jourdan Dunn has become one of the most recognizable faces in the industry, walking international runways as if they were the streets of her hometown. She was also the first British-African model to ever appear in Forbes’ highest-paid model ranking. 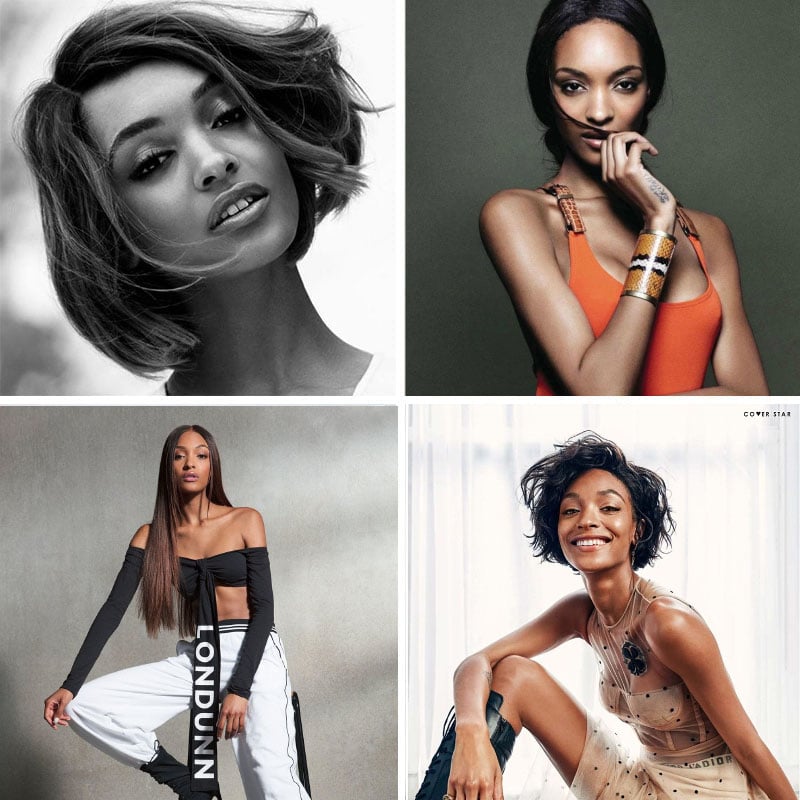 Adriana Lima is one of those timeless beauties that just get better with age. Since walking runway for Victoria’s Secret for the first time in 1999, she has been featured in countless magazines as well as fashion and beauty campaigns. This year, she made her TV debut as host of the Lifetime show American Beauty Star. 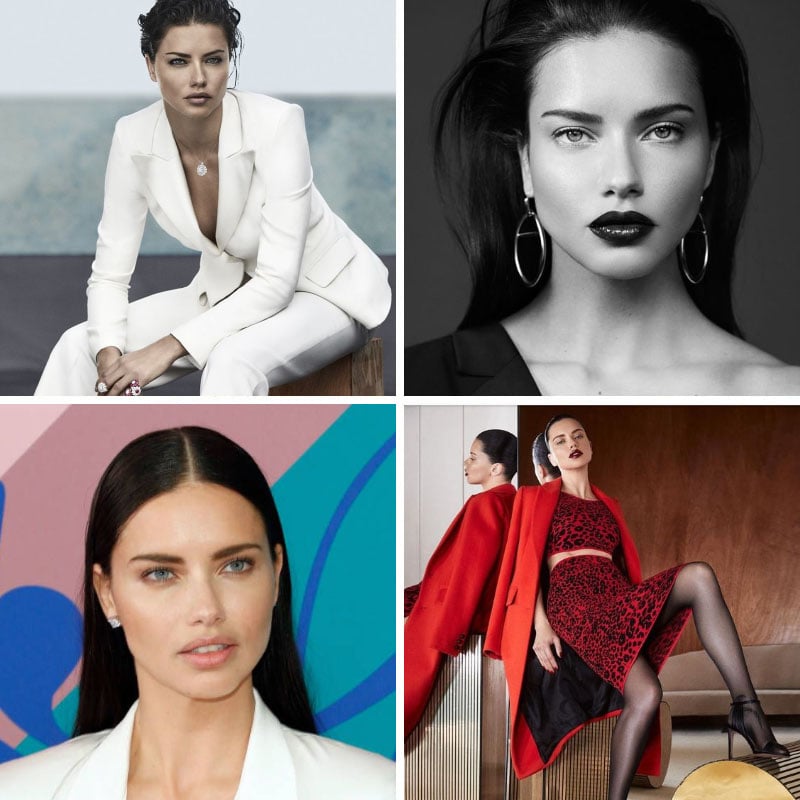 Whether you’re a fan of Bollywood or not, you have to admit that Priyanka Chopra is an incredible star. The cinematography of the Indian beauty is already more than sixty movies long, and her talent has led both Hollywood and the fashion industry to take note. 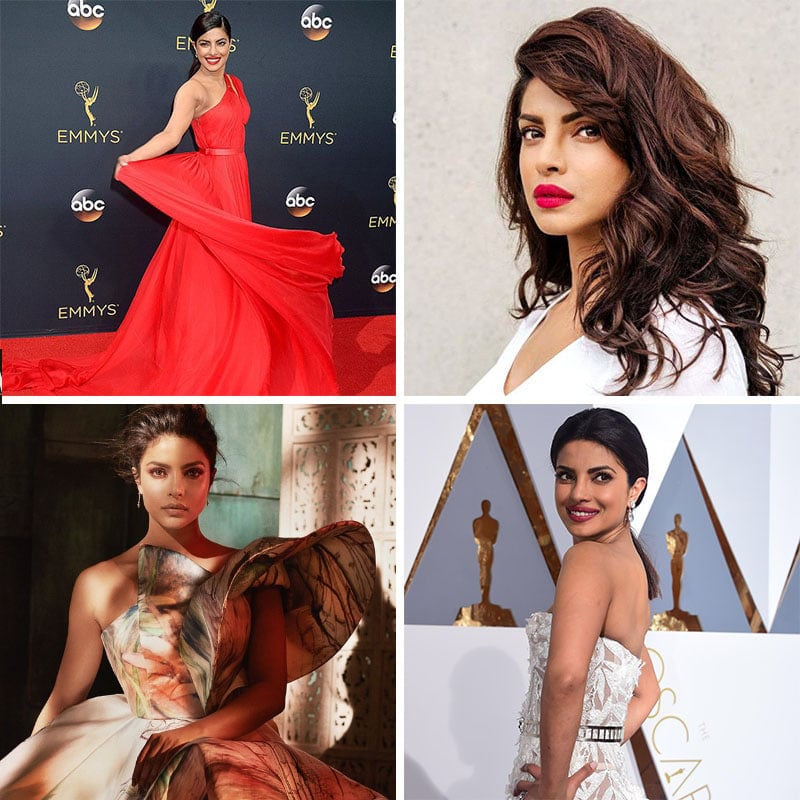 Since Wonder Woman hit the theatres earlier this year, Gal Gadot has had our attention. As well as being a former Miss Israel, this real-life superwoman has also served two years as a soldier in the Isreal Defense Forces.

Scarlett Johansson may be one of the sexiest Hollywood exports of recent times, but the American beauty also has a big heart. For years she’s been actively supporting various charities, including numerous institutions that promote cancer research and fight poverty. In addition to that, she is also one of the highest-grossing actresses of all time. 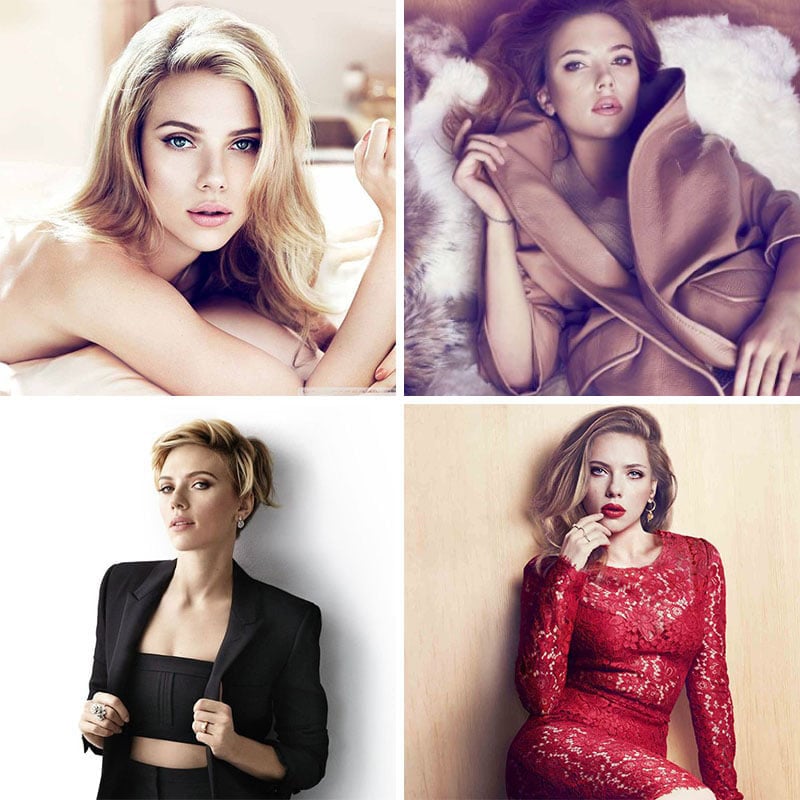 Kate Upton’s incredible curves have earned her many appearances in the annual Sports Illustrated Swimsuit Issue. After she first appeared in the magazine in 2011, she graced the cover on three more occasions, including 2017.

Actress and humanitarian, Meghan Markle is as stunning on the outside as she is on the inside. By working with charitable organizations around the globe, Meghan aims to evoke positive change in the world. She also recently got engaged to Prince Harry, meaning that we’re sure to see much more of her in the future. 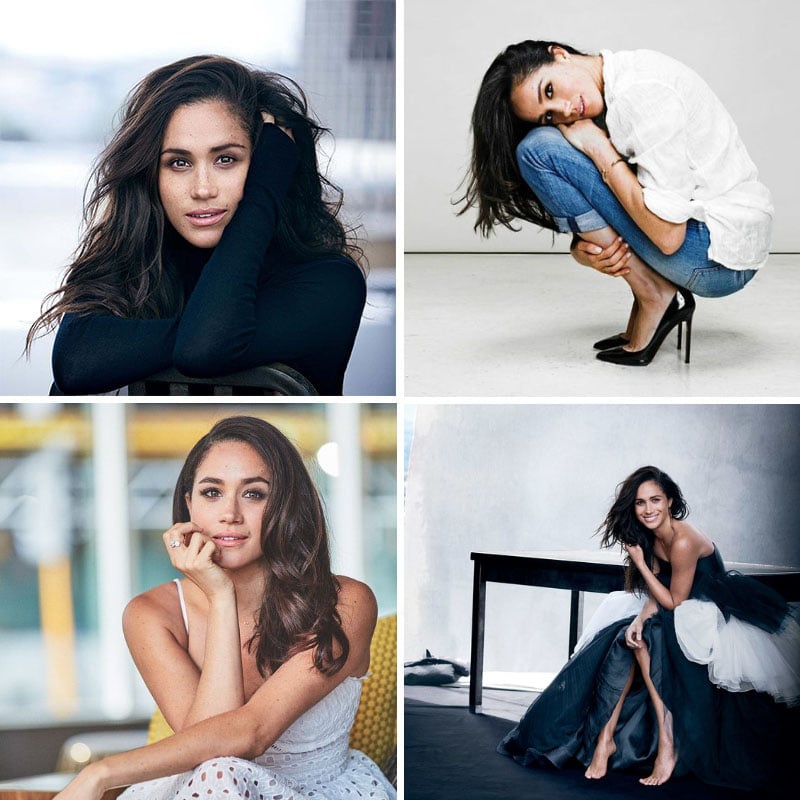 No “most beautiful” list is complete without the gorgeous Beyonce. Even when she doesn’t speak or sing, she’s always in the spotlight, as was evident when she went a year without giving an interview or statement and still featured on various magazine covers.

RELATED: How to Steal Beyonce’s Style 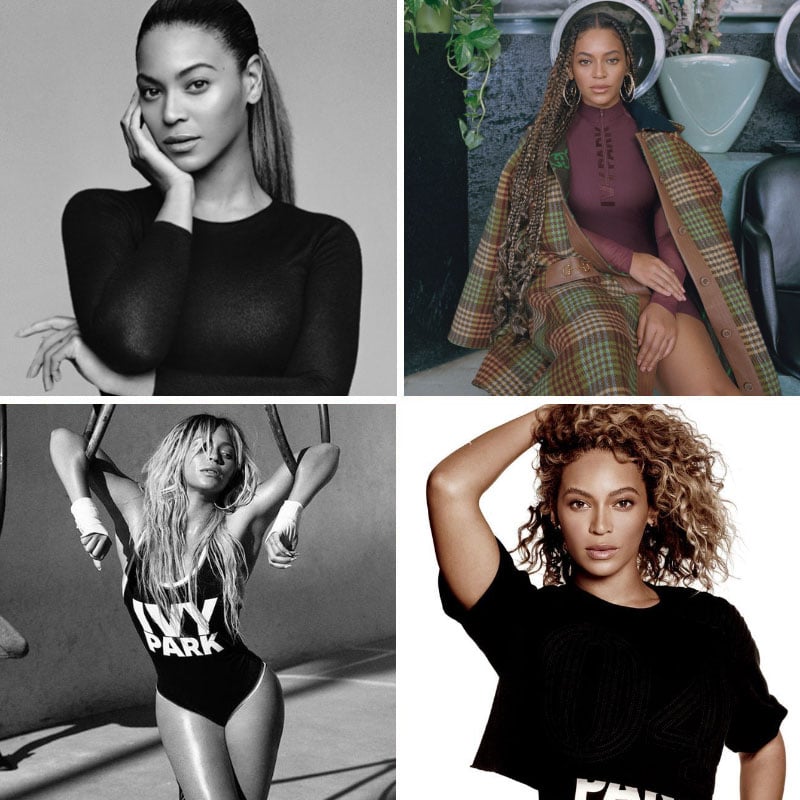 Whether she plays a serial killer, superhero or an evil queen; Charlize Theron has us drawn to her in every role she takes on. The Atomic Blonde actress was the first South African ever to win an academy award in a major category. 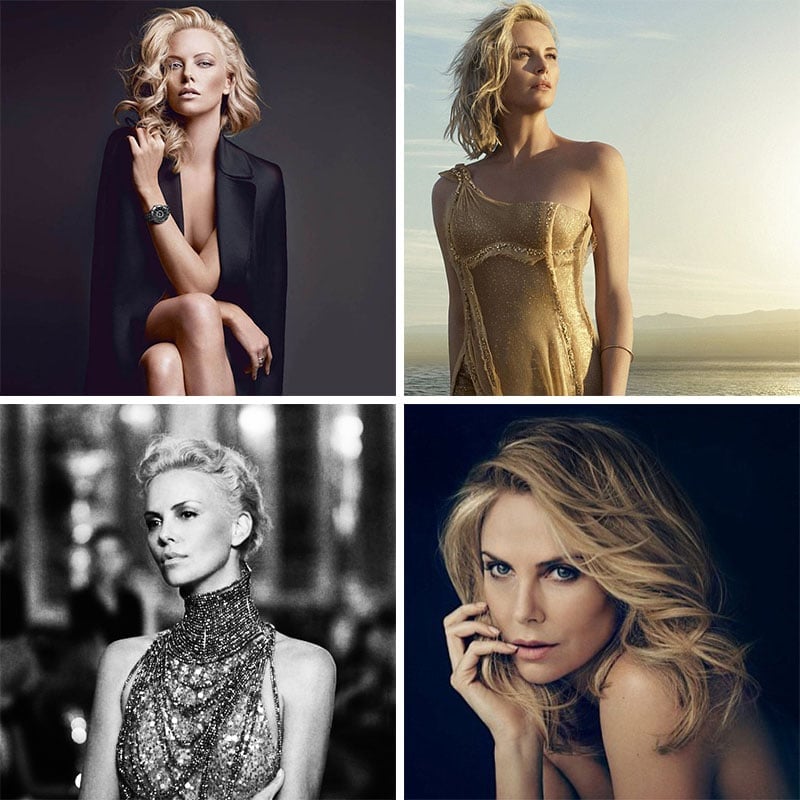 Since her days as a Disney star, Selena Gomez has grown into one of the world’s most famous musicians. The 25-year old is also the most followed person on Instagram and thanks to her impressive maturity is handling her fame with grace and a refreshing dose of down-to-earth charm. 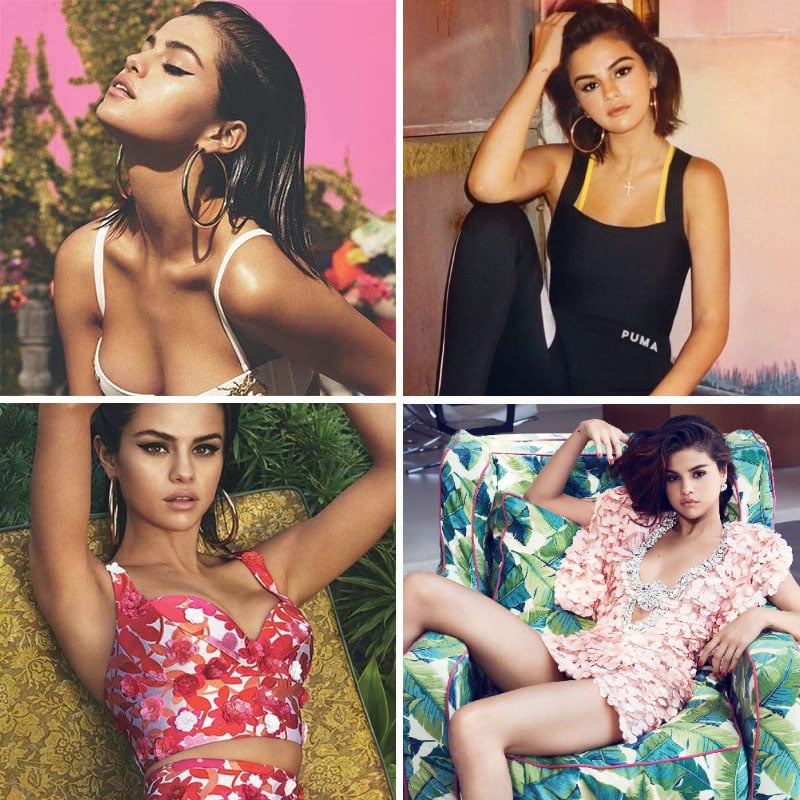 Chrissy Teigen is one hot all-rounder. After enjoying an impressive modeling career flaunting her goods in glossy magazines, the 31-year-old has solidified her love for food in the book form, appears as a co-host on Lip Sync Battle and gives us constant relationship envy with hubby John Legend. 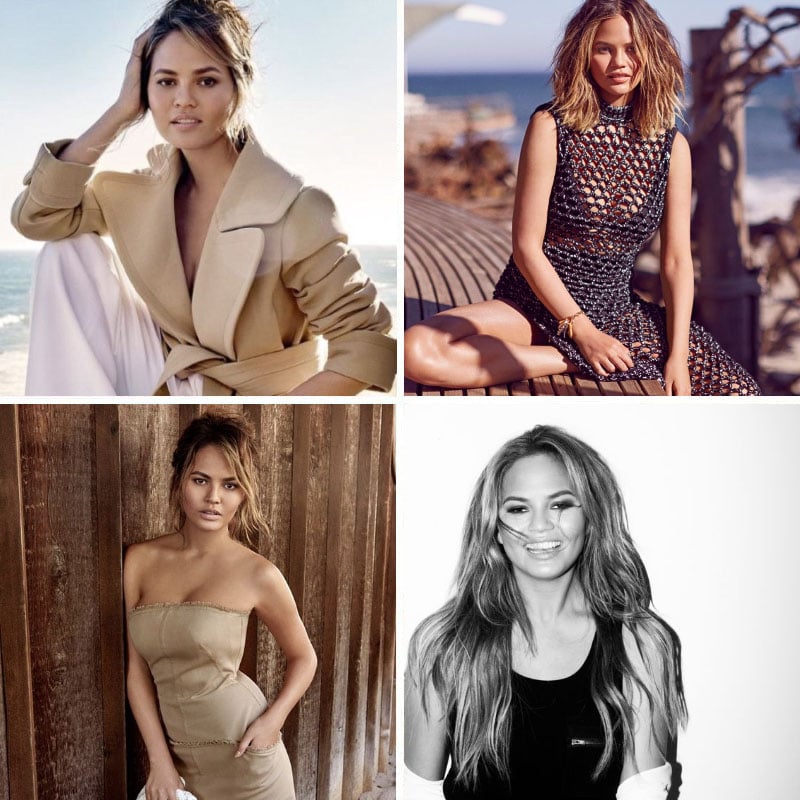 Without question, Gigi Hadid has inherited a good set of genes, which resulted in an early modeling debut at the tender age of two. This year, she has earned the title of the fifth highest-paid model in the world, having signed high-profile deals with brands such as Stuart Weitzman, Moschino, and Tommy Hilfiger. 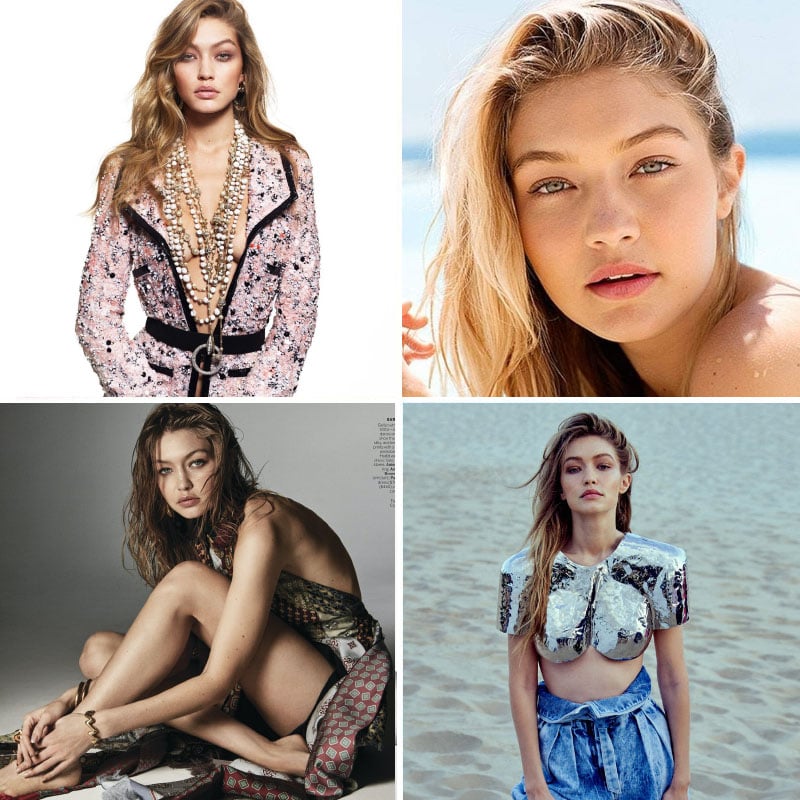 As opposed to her blonde older sister, Bella Hadid’s modeling appearances are typically accompanied by a much broodier, mysterious atmosphere – which is of course no less alluring. With her deep brown hair and porcelain skin, she has taken the fashion industry by storm. Having also scored campaigns with luxury brands such as Balmain, Dior, and Calvin Klein, we suspect we’ll be seeing a lot more of her in the future. 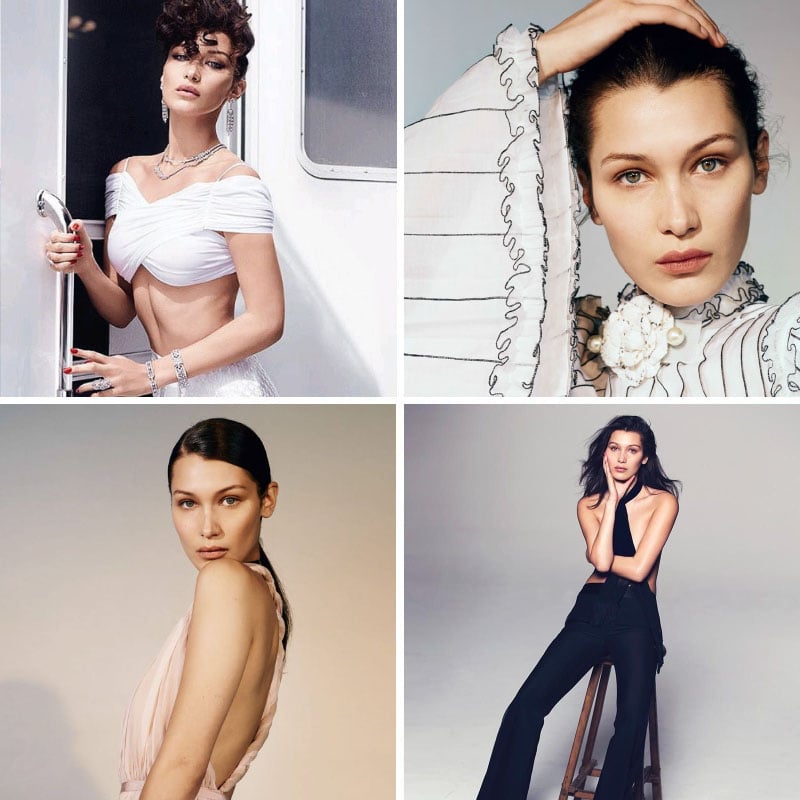 With millions of Instagram followers tracking her every movement and magazine cover, 2017 has without question been Kendall Jenner’s year. Her girl-next-door look has scored her lucrative advertising deals, her own shade of lipstick for Lancome, and the title of the highest-paid model of the year by Forbes.

In 2013, Emily Ratajkowski showed off her magnificent body in the music video to Robin Thicke’s hit Blurred Lines, and the world took note. Since then, the American model/actress has appeared in countless runway shows and magazine edits. Recently, she revealed her entrepreneurial side, launching a swimsuit brand. The 26-year-old is also an advocate for women’s health issues and a spokesperson for Planned Parenthood. 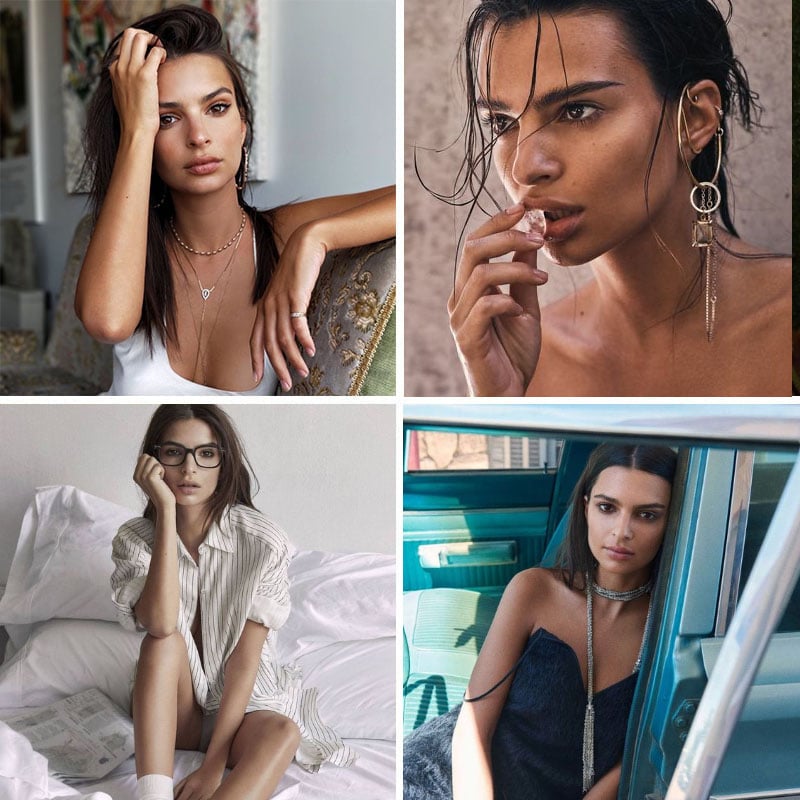 There’s hardly a day where we swipe down our newsfeed and don’t see a picture of Kim Kardashian’s famous curves popping up. That’s hardly a surprise since the reality star has been busy launching new apps, makeup lines and fragrances all year round. The only question is; what will Kim break the internet with next year? 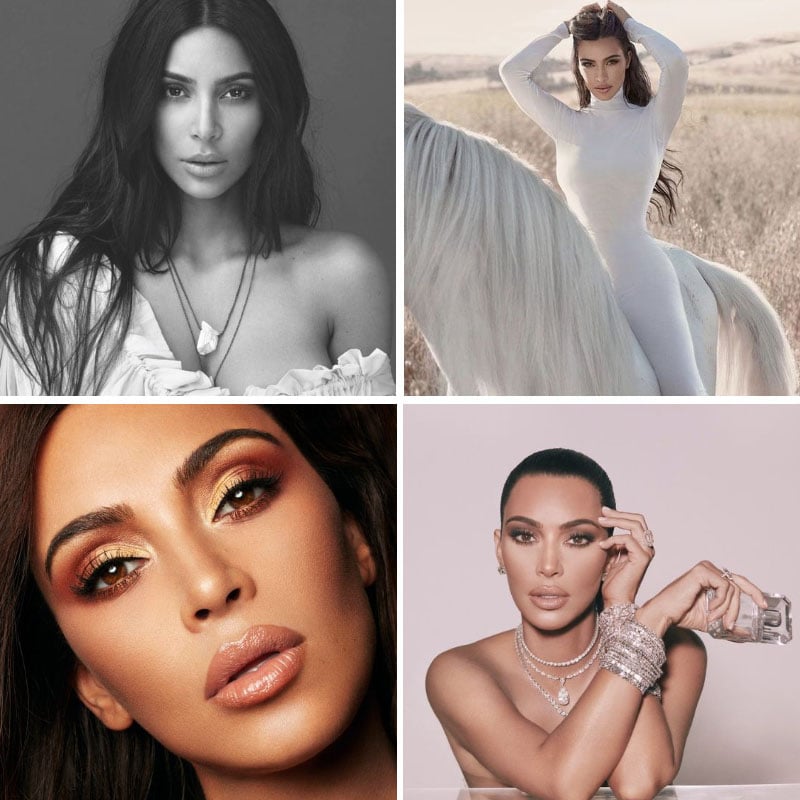 As Serena van der Woodsen she gossiped her way into our hearts, and this is where Blake Lively remained ever since. Meanwhile, she graduated from cheesy teenage TV dramas to a breath-taking red-carpet beauty and gorgeous mum-of-two. 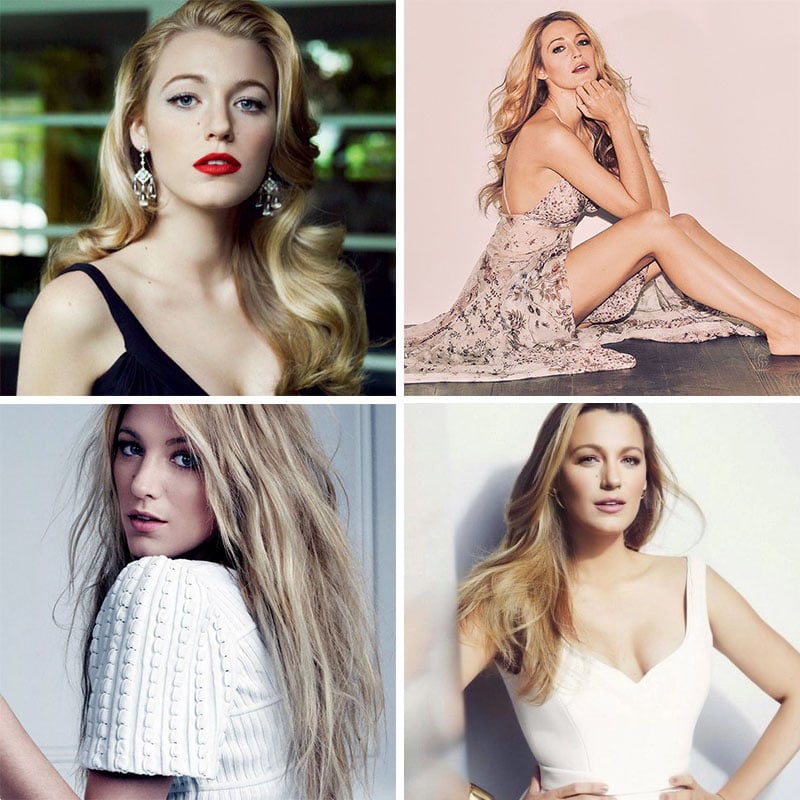 While Irina Shayk has been laying low since the birth of her daughter with partner Bradley Cooper, her piercing blue eyes and full pout is nothing we’d forget anytime soon. This Victoria’s Secret model is seriously blessed with some beautiful features. So it’s no surprise she’s amongst the ten most followed models on social media. 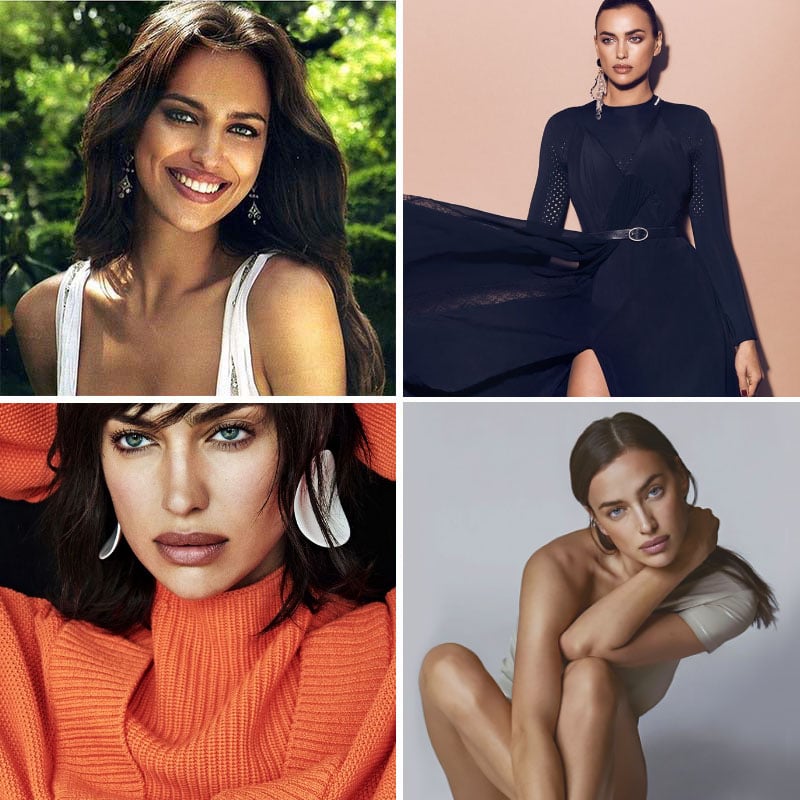 Born in Huntington Beach, California, Jasmin Tookes is a real beach beauty. After joining Victoria’s Secret angel ranks in 2015, the now 26-year-old became the third black model to ever wear the Fantasy Bra in 2016. 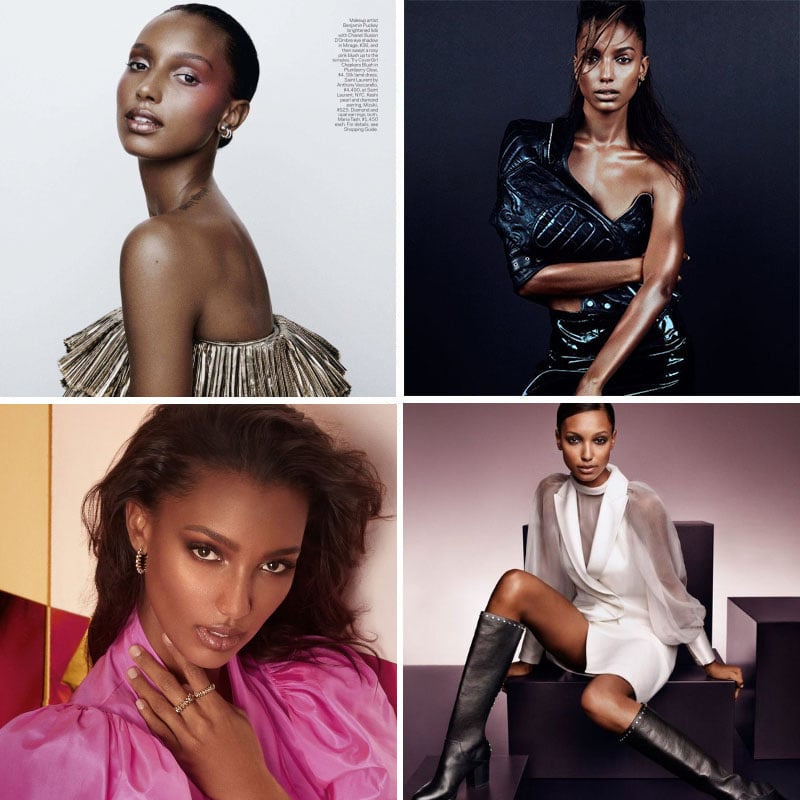 Model Hannah Jeter can not only claim several appearances in the Sports Illustrated Swimsuit Issue, but the blue-eyed beauty has also appeared on several international magazine covers, including Elle Mexico and the French and South African editions of FHM. 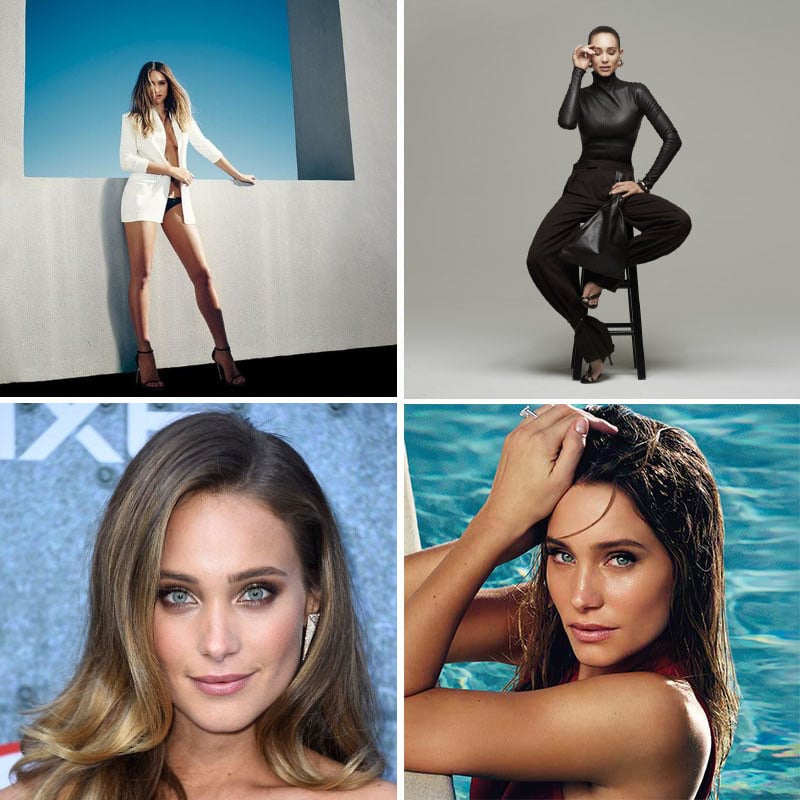 Who is the most beautiful woman on earth?

Supermodel Bella Hadid has been declared the most beautiful woman in the world after she passed a science test that determines what constitutes the 'perfect face'. The 23-year-old was found to be 94.35% 'accurate' to the Golden Ratio of Beauty Phi - a measure of physical perfection

Who is the most beautiful woman in the world 2021?

After a global vote of 13,955,584 via an online poll and social media, netizens named South Korean actress Son Ye-Jin as the Most Beautiful Woman of 2021.

Which country has the most beautiful woman in the world?