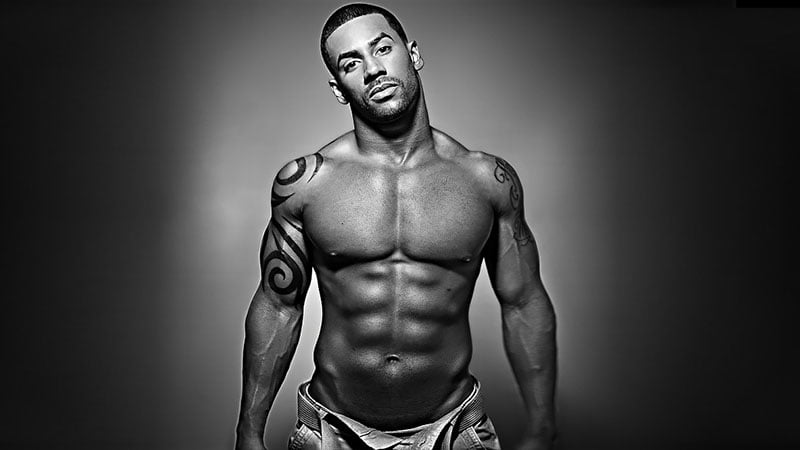 There are so many types of tribal tattoos that it can be hard to decide on one. From being aesthetically pleasing to sharing stories of heritage, you want to be sure that the tattoo expresses who you are. We’ve hand-picked some of the best tribal tattoos for men to take the stress off your shoulders and put an awesome tattoo on them.

Tattoos have been an essential part of the Filipino community for over 500 years. Historically known to protect you from enemies, this kind of tattoo is more than just aesthetically pleasing. With simplistic designs that complement the body and linear strokes that flow around the designated area, this is a design that is a lot more approachable and unique than some other forms of tribal tattoos. 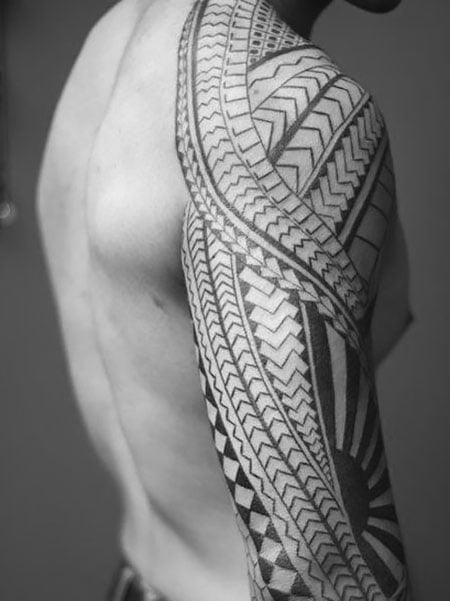 Africa is known as the home of storytelling, so when it comes to their tribal tattoos, there is more than meets the eye. With hidden meanings of bravery and courageousness, these pieces represent the strength of whoever is wearing it. Although a lot of these tattoos do tell a story, history shows that many tribes had these purely for aesthetic purposes. The African Tribal style tends to be heavier on the shading and more of a statement piece than others. 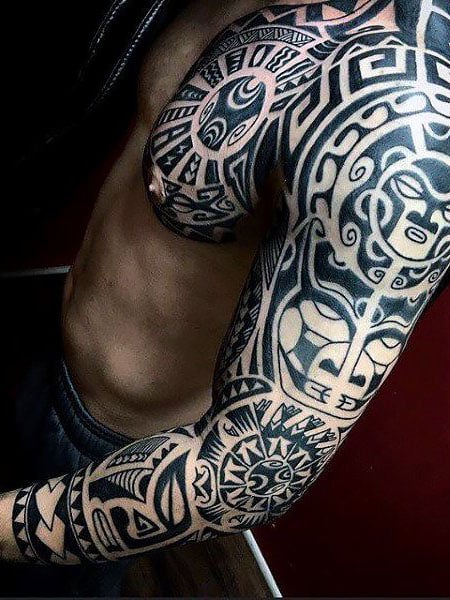 Hawaiin tattoos are often seen as a softer approach to the tribal tattoo game. Seeing as the ocean heavily influences their culture, it’s only natural that their tattoos compliment that. With reoccurring imagery of water animals, this style of tattoos is ideal for the kind of guy who loves to hang out around water and the outdoors. 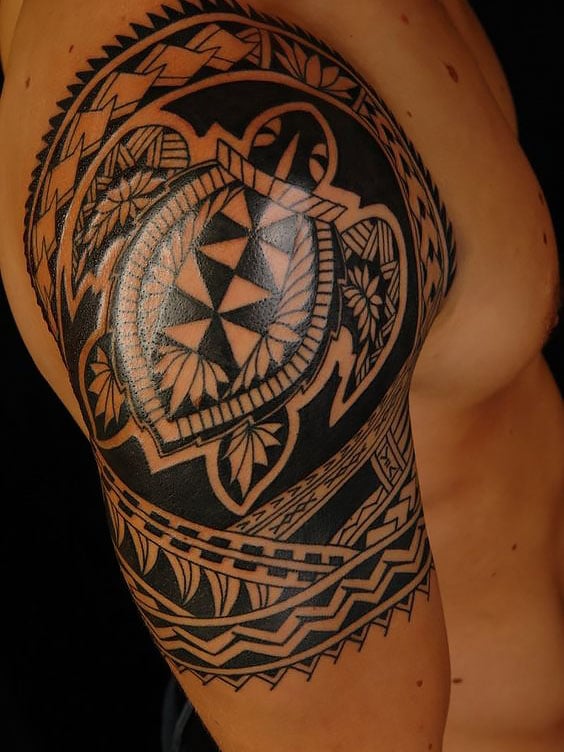 With over 1000 islands in Polynesia, a lot of their tribal tattoos have allowed a little bit of creative freedom with what you decide to get. Traditionally being heavy on black ink with a mixture of negative space makes this tattoo pleasing to the eye.  Placement is important and has significant meaning in the Polynesian culture, so before getting one, be sure to research the area. 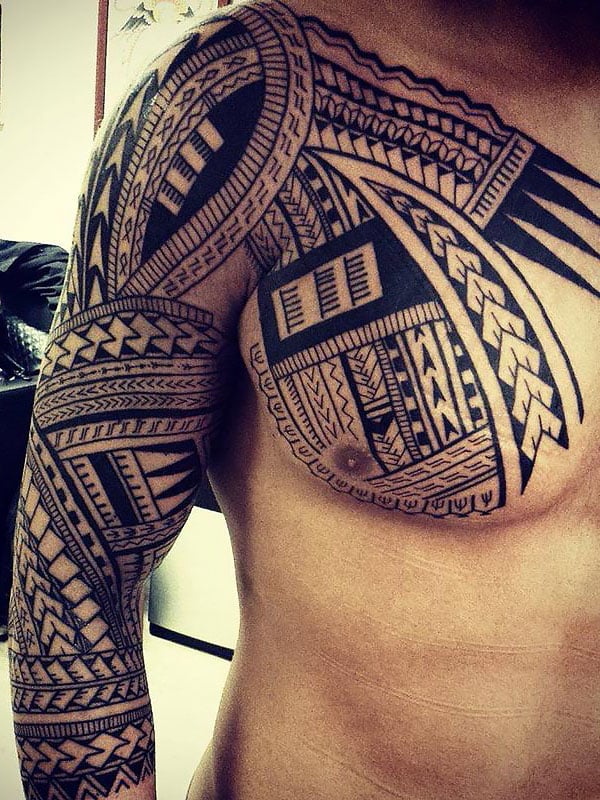 Similar to Africa, Indian tribal tattoos were used for aesthetic purposes and were considered a more impressive alternative to jewelry and accessories. Traditional simplistic designs that range from a collection of straight lines to Indian gods symbolized power and strength. This allows more freedom for your creative input, which is great for larger pieces! 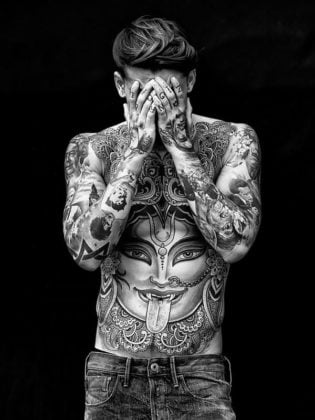 When it comes to Native American tribal tattoos, you will often see a lot of animals. Wolves mixed in with totem poles are two awesome symbols of virtue that are seen a lot with this style. Within the Native American culture, there’s a theme of dream catchers which also looks great in any tattoo. Dream catchers and totem poles both look cool and symbolize warding off evil spirits and protection. 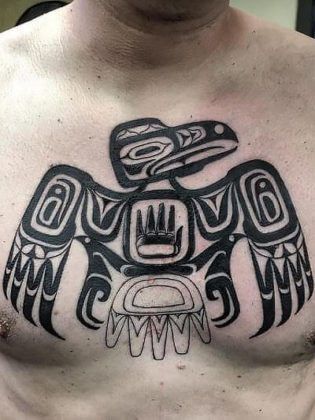 Although Samoa does fall under the Polynesian category, it does have its own unique flair. Samoan tribal tattoos have many sentimental meanings, but it depends on the person getting the piece. Each symbol can have multiple meanings which assures that your tattoo is one of a kind. These tattoos are often a collection of basic strokes to make one seriously cool artwork. 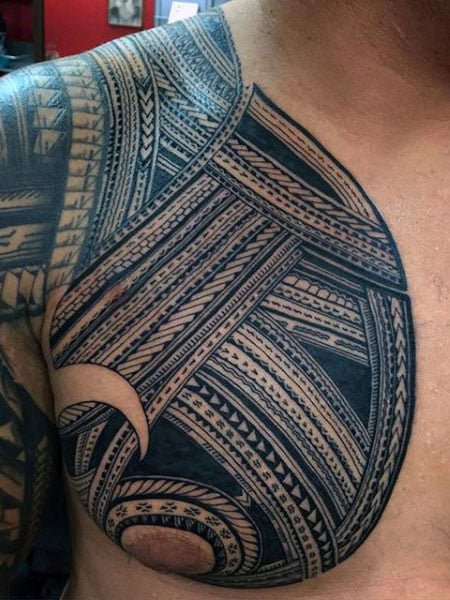 Cherokee Indian tribal tattoos are striking and powerful. There are many symbolic meanings of these tattoos. Rooting from traditional tribal identification, this is a risky one to get on a whim. However, these pieces are more colorful and fun than other tribal designs, so they are worth looking into. 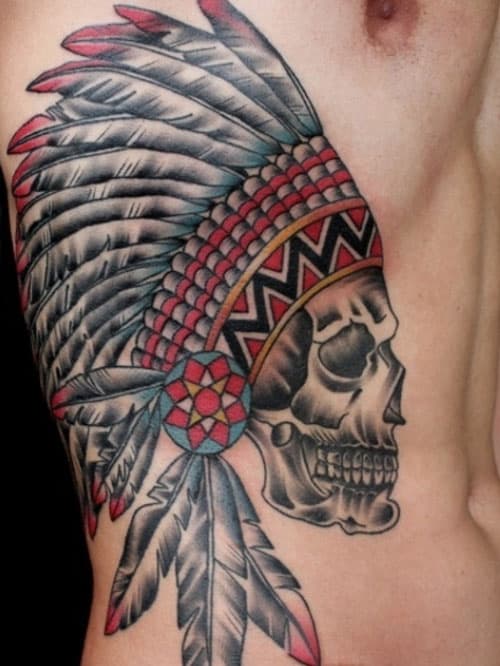 When people think Celtic tribal tattoos, they tend to think of the flash sheet at tattoo parlors. These designs are some of the most popular tattoos around, and from that, they have made mastered the art. With simplistic air-like swirls that fit into any part of your body, this is a great entry level tribal tattoo. 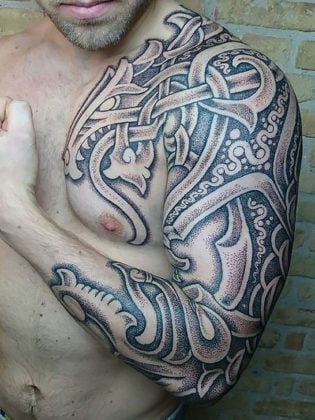 Mexico is known for its fantastic art scene and quirky take on life, and this translates to their tattoos. From Aztec styles to Sugar skulls, it’s easy to pick and choose when it comes to Mexican tribal tattoos. Getting inspiration from their impressive architecture is also a great way to make your piece unique. The creativeness that this culture encourages makes the style a lot less intimidating than other tribal tattoos. 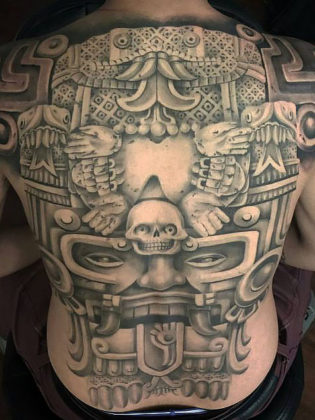 Seeing some of us have roots that stem from Vikings, getting a symbol that represents that is a no-brainer. Viking tattoos are a less popular style, so it’s unlikely you’re going to meet someone with the same tattoo as you. With their alphabet characters rarely being seen in modern tattoos, it’s guaranteed that your design will be unique. 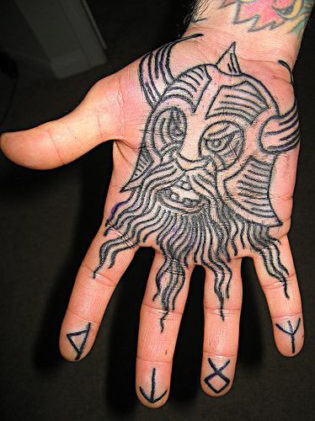 Irish and Celtic tribal tattoos are often very similar design-wise, but it largely varies depending on the area. The designs are heavier in shading and usually cover a larger area of the body. Irish tattoos are quirky and always look very traditional; it’s the kind of tattoo that won’t go out of style. 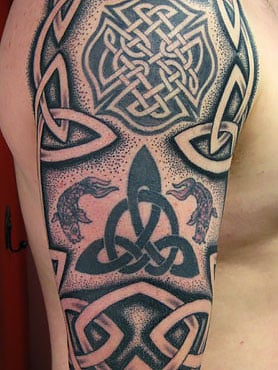 What does a tribal tattoo mean?

Tribal tattoos' meaning will change from culture to culture, and between designs. Many tell the story of the wearer's heritage, as well as achievements. They can also be a symbol of protection, power, and strength. It's essential to know the meaning behind each design element and the significance of placement.

Is it disrespectful to get a tribal tattoo?

Without a full and comprehensive understanding of the meaning and significance of tribal tattoos, yes, it's disrespectful. If a particular culture and their tattoo practices are of interest to you, you should research it thoroughly to appreciate it before you ink. You also need a unique design that's representative of you — never copy someone else's. Getting a tribal tattoo because they look cool is cultural appropriation and shows no respect for the tradition or culture.

Can I get a tribal tattoo?

Ideally, if you're considering a tribal tattoo, it's part of your culture, ethnicity, and heritage. In which case, it's not a problem. If it's not part of your heritage, but you have a full and comprehensive understanding and appreciation of the meaning and significance of tribal tattoos, it can also be ok. However, if you're getting it just because they look cool, it would be best to consider a different design.