What is a Simp? The Meaning Explained 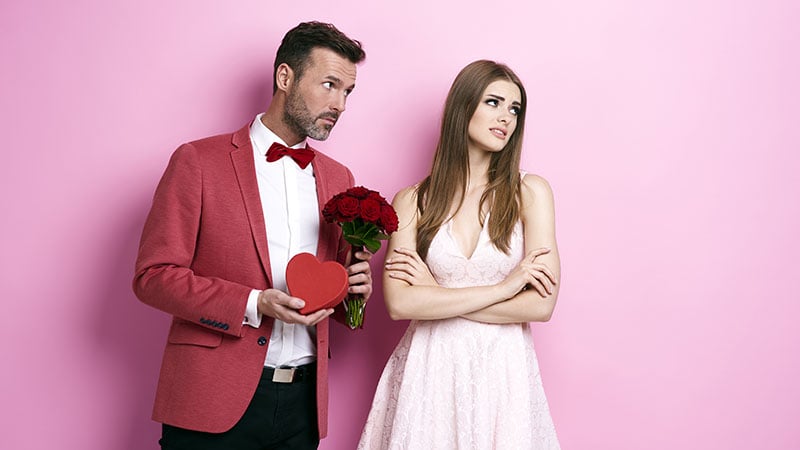 If you’ve spent any time on social media, especially TikTok, then it’s likely you’ve seen the word ‘simp’ flying around. You’ve possibly even been called one yourself. It doesn’t take a genius to realize it’s not a flattering term, but what exactly is a simp? The trending term is used both seriously and as a meme. It essentially refers to men who try way too hard to impress women that they idolize. While some guys proudly simp, believing it makes them a ‘nice guy,’ it can also be insidious and toxic. It leads to some men being taken advantage of and encourages the view that ‘good’ behavior is transactional and should be rewarded. Plus, it also gets used as an insult, even in situations where someone might be displaying perfectly normal and healthy relationship behavior. Read on to find out more about this insane concept!

Contents show
What is a Simp?
How to Identify a Simp?
What does a Simp mean on TikTok?
The Best Simps on TikTok
What is the Simp Nation Challenge?
How Not to be a Simp?
A Day in the Life of a Simp
FAQs
What is the definition of a simp?
What's an example of a simp?
Can a woman be a simp?

What is a Simp?

The word simp is an acronym for ‘Sucker Idolising Mediocre P*ssy.’ It describes a man who is willing to do anything to impress a woman. Now, there’s nothing wrong with wanting to woo someone or admiring women. However, it becomes problematic when you’re doing it blindly, sacrificing your dignity, or being taken advantage of. It’s also an issue when there’s an expectation of affection or even sex in return, even when the attraction is not mutual. It’s essentially a new generation version of a ‘nice guy’ who complains about being ‘friend-zoned.’. On another damaging level, it’s also thrown around as an insult towards men who treat women with a regular, non-sycophantic amount of decency and respect, perpetuating toxic ideas about gender roles, expressions of feelings, and relationships. 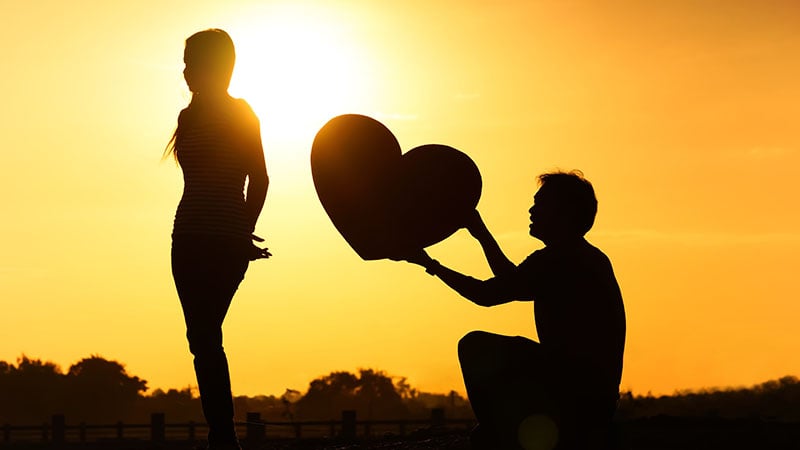 How to Identify a Simp?

You can spot a simp by a few key factors. Firstly, they unduly put women on a pedestal, even if they don’t necessarily know them very well. By doing this, the simp assumes a submissive position just to win favor and may even get taken advantage of. They seek to impress women by doing things for them, all while keeping score of these acts of kindness to bargain with later. Simps also won’t accept any criticism of women and act as a White Knight to protect them, refusing to see any fault. When it comes to language, they often say “females” in a dehumanizing manner. They also ask things like, “Where my hug at?” before forcing an unwanted level of familiarity. Finally, the object of their affection often does not reciprocate the feelings, and simps can have a hard time accepting that (because they’re just so lovely!). 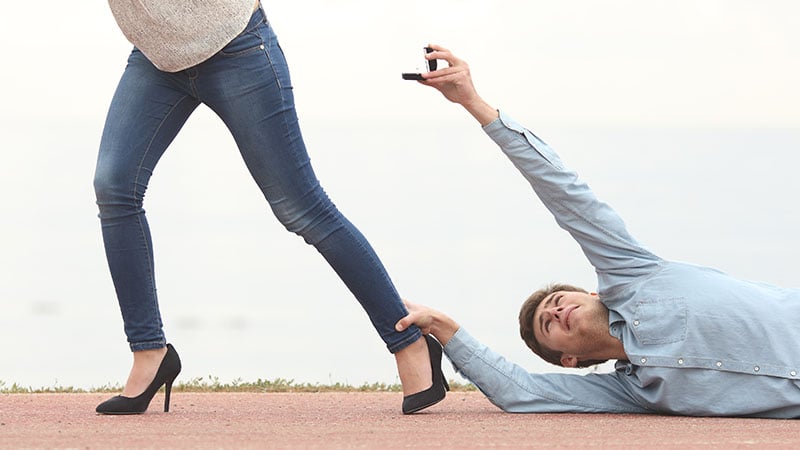 What does a Simp mean on TikTok?

The meaning of simp on TikTok is the same — a guy who tries too hard to impress a woman. However, TikTok is largely responsible for the viral nature of the word, as well as trending challenges and memes about simps. The easy access to shared ideas and experiences, as well as like-minded communities, can cause concepts like this to snowball. Of course, anything on social media and the internet should be taken with a grain of salt, as ideas can also quickly become caricatures of the original notion, as evidence by the meme-nature of many videos. 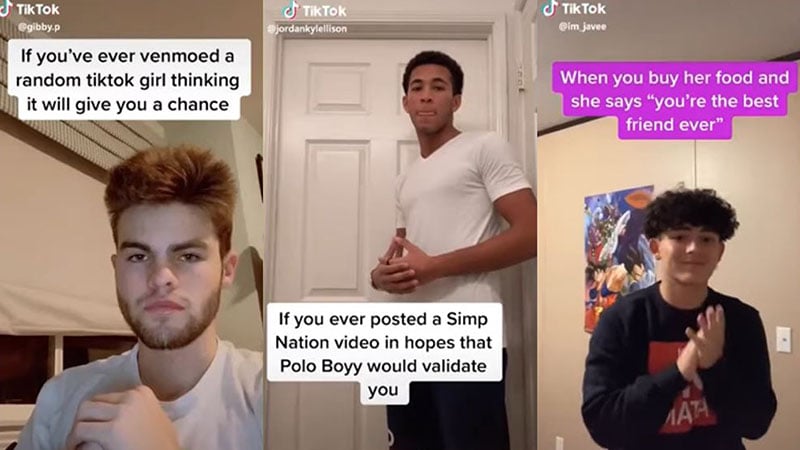 The Best Simps on TikTok

You could easily spend hours (probably even days) in a TikTok black hole watching simp videos. If you don’t have days to waste (who does?!?) or don’t have TikTok, there are plenty of YouTube compilations of the best simps for your viewing pleasure. You’ll get a mix of Simp Nation Challenges, ironic videos, people making fun of their friends, and a few (genuinely terrifying) stalker-types as well. It’s not the most high-brow watching available, but it’s certainly interesting.

What is the Simp Nation Challenge?

The Simp Nation Challenge is a viral TikTok trend credited to a user called Polo.Boyy. The creators, usually young men, make videos outlining a situation where they’ve done something to impress a girl. It’s followed by a cut-scene to them pulling a weird, disconcerting face and holding text that says “Welcome to Simp Nation.” Examples include – “If she rants to you about her relationship problems and you comfort her,” or “If you’ve paid for an OnlyFans subscription” – “Welcome to Simp Nation.” They generally use either Rockstar by Post Malone or Hey Ya by Outkast as the background music. For the most part, it highlights occurrences when the efforts to impress have failed. Honestly, though, as with a lot of internet content, it can be hard to tell if the intention is ironic or genuine. 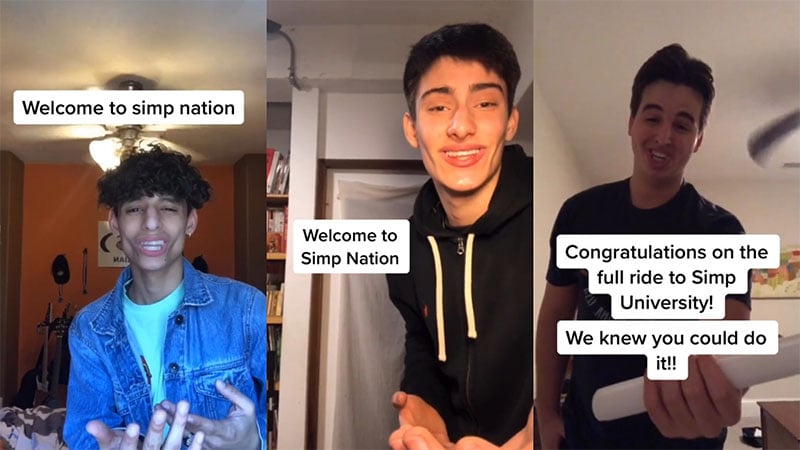 How Not to be a Simp?

Break any simp habits you might have with these steps. To start, have some self-respect. If you have to beg, bribe, or manipulate someone to like you, they’re not the person for you. Healthy relationships should be mutual. You also need to have enough self-worth that you don’t need to seek external validation. Secondly, stop idolizing. As impressive as your crush/girlfriend/wife might seem, they’re still just human. Next, set boundaries on both your energy and time. Acts of Service is a love language, and it’s nice to do things for someone you care about; however, you shouldn’t be their slave. You also don’t need to always be immediately available. Setting time for yourself lets you be your own person, with your own interests, friends, and hobbies. Finally, ignore any friends who pile hate on you for normal, healthy interactions with someone you have a mutual attraction or relationship with.

A Day in the Life of a Simp

A day in the life of a simp can be kind of sad. It might involve obsessive stalking, slave-like tasks, and the constant need to impress. However, for a simp who’s being taken advantage of, it can be even more extreme and toxic. It might include financial or emotional manipulation and abuse. Underlying it all, though, is the delusional belief that doing these ‘nice’ things will pay off in the future and that the woman of interest is worth the suffering.

Thankfully, this video from Ryan The Leader is just a (somewhat intense) parody of the simp life.

What is the definition of a simp?

The definition of simp is 'Sucker Idolising Mediocre P*ssy.'. It most commonly refers to young men willing to do anything to impress a woman, including engaging in groveling-type behaviors. It often comes with a transactional expectation that their good actions with be rewarded with affection or sex, even when the attraction is not mutual.

What's an example of a simp?

An example of a simp would be someone who buys a girl lunch every day, expecting that she'll develop feelings for him. It could also be someone who persists in trying to woo a woman, even after rejection. Alternatively, they might allow a woman to walk all over them. Lastly, it might include extreme idolization or blind defense of someone who may not necessarily deserve that level of reverence.

Can a woman be a simp?

While the whole concept of simps is quite basic and heteronormative, it's not a gender-exclusive behavior. Women can be simps as well; however, the idea still tends to involve far more men.