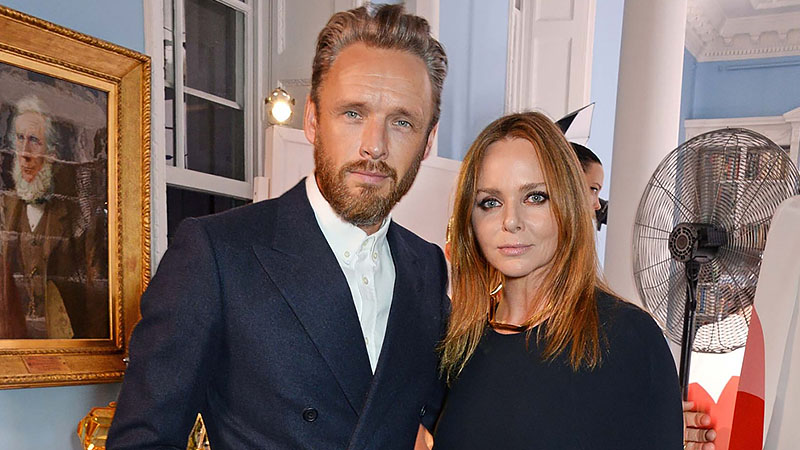 From the departure of David Neville at Rag & Bone to the introduction of a new menswear line for Stella McCartney, these are the top international fashion news stories of the week.

David Neville, the co-CEO of Rag and Bone, is stepping down from his role with the American label. Neville will no longer be involved day-to-day with the brand but will remain as a shareholder and board member.

The role of sole CEO will now fall to Marcus Wainwright, Neville’s long-time business partner and friend. The duo has built the brand together over the past decade and became joint CEOs in 2015. Wainwright will also continue to run the creative side of the business.

#BreakingNews: #DavidNeville is going to exit @RagandBone but will remain a shareholder and board member. #MarcusWainwright will be the single CEO.

Stella McCartney has finally confirmed that she is launching a menswear line. While rumours of the new collection have been flying around since February, it was this week that the designer broke her silence on the topic.

The new range is said to take a “modern approach” to menswear and encourage “seasonless wardrobing”. Much like the Stella McCartney womenswear range, the line will feature fur-free and leather-free apparel and accessories that adhere to the brand’s ethics of sustainability.

The first instalment of the line is set to launch on November 10. Taking place in London, the collection will be presented alongside the brand’s women’s spring (resort) 2017 range. Following a version of the new “see-now-buy-now” schedule, the menswear line is set to hit stores in early December.

GAP, L’Oreal, Rebecca Minkoff, Stella McCartney and Amazon are amongst 28 businesses that have pledged to help close the gender pay gap in the U.S. Taking place at the White House’s United State of Women Summit; the companies made a public commitment to equal pay for men and women. The pledge includes an annual company-wide analysis of salaries and an assessment of the fairness of the business’s hiring and promotion processes.

In support of this initiative, the White House has also pointed out that the gender pay gap is still a major issue for the United States, with the average woman earning only 79 cents to the dollar when compared with male counterparts. The gap is again greater for African American and Latina women who respectively make 64 and 56 cents for every dollar earned by a white non-Hispanic male.

proud to stand with the United #StateofWomen by joining the new White House equal pay pledge. read all about it via link in bio. ?

A$AP Rocky is the Newest Face of Dior Homme

The rapper, A$AP Rocky is the newest face of Dior Homme. The 27-year-old musician will star in the latest campaign for the luxury menswear brand alongside three other fresh faces. Shot by Willy Vanderperre, the autumn/winter 2016/2017 campaign also stars Larry Clark, Rod Paradot and Dylan Roques. In their general lives, Clark is a filmmaker, while Paradot is an actor and Roques is a model.

Whether it’s campaigns or collections A$AP Rocky continues to further his involvement in the fashion industry. The rapper has also collaborated on a capsule range with British designer, Jonathan Anderson that launched this week, and has recently worked with Guess Originals.

British Fashion Industry Votes to Remain in the European Union

According to a survey conducted by the British Fashion Council, 90 percent of British designer businesses want to remain as part of the European Union (EU). In light of the upcoming referendum to decide whether Britain should exit the EU or not, 290 fashion businesses disclosed their votes with the majority voting against the so-called “Brexit”. Of the remaining votes, 4.3% favoured Britain’s exit, 2.4% were undecided, and 2.8% revealed that they intended not to vote.

Although the brands who took part in the survey weren’t disclosed, several fashion houses opted to show their support for Britain remaining in the EU at last week’s London Collections Men. Sibling, Christopher Raeburn, E. Tautz and Lou Dalton were amongst the brands openly backing the “Remain Campaign”.

#STRONGERIN ?❤️??? WORKING TOGETHER WHATEVER GENDER, SEXUALITY, NATIONALITY, RELIGION HAS NEVER BEEN SO IMPORTANT ? OUR WORLD IS CHANGING RAPIDLY AROUND US, NOT ALWAYS FOR THE BETTER OR WITH #ACCEPTANCE ❤️ #UNITY IS THE WAY FORWARD SIBL-IN-G ???❤️??

Coach Teams Up with Disney for Mickey Mouse Collection

Classic American brands, Coach and Disney, have teamed up for a new collection of leather goods and ready-to-wear featuring one of the world’s most beloved characters. The luxury label and global entertainment company have collaborated to create a limited-edition Mickey Mouse collection. The collection is part of a series of unique projects to celebrate American pop culture and Coach’s 75th anniversary.

The collection will feature exclusive artworks from Disney animators and infuse a mixture of heritage style and youthful appeal. The range is set to debut in Australian stores in early July.