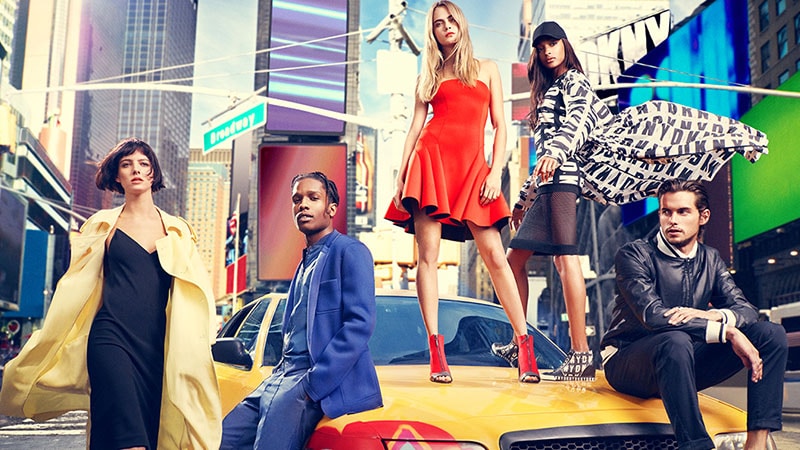 From Clare Waight Keller’s departure from Chloe to Schiaparelli’s Haute Couture status, these are the top international fashion stories of the week.

The rumour mill is spinning once again as yet another designer looks set to depart the label they helm. This time, the rumours surround Chloe creative director, Clare Waight Keller. According to reports, Waight Keller is preparing to leave the French luxury brand when her current contract finishes up in March.

Should Waight Keller decide to depart the brand, Natacha Ramsay-Levi may be the woman taking over. The Louis Vuitton womenswear designer, who’s second in command to Nicolas Ghesquière, is the primary name being offered regarding the position.

For the time being, Chloe has declined to comment on the situation.

Could #clarewaightkeller be leaving @chloe? The rumour mill is already in overdrive, with reports that @louisvuitton's design director Natacha Ramsay-Levi @nramsaylevi will be taking her place…

Schiaparelli has officially been granted Haute Couture status by the French Couture Federation. French fashion’s governing body announced the news this week, revealing that the label had received the title at a meeting of a commission of France’s Industry Ministry on December 16.

The label was founded by Elsa Schiaparelli in 1927 and found great success in the ’30s as a rival to Chanel. By 1954, however, Schiaparelli had decided to close her legendary label. It wasn’t until 2006 that the archives and rights of the brand were acquired and 2012 when the label was resurrected.

There are now 15 fashion houses that carry couture credentials as the strict requirements make it a difficult title to achieve. Along with the newly appointed Schiaparelli, Julien Fournié was also granted the Haute Couture title on December 16. Other prestigious houses on the list include Chanel, Jean Paul Gaultier, and Dior.

DKNY is that latest brand to announce that intends to sit out of the upcoming New York Fashion Week. The American label has revealed that it will not partake in its usual runway show format this upcoming Fall 2017 show season and that it will skip its intended time slot. The brand’s runway had been slated for February 15, but instead, DKNY will hold private showroom appointments.

The decision to step away from its usual runway show comes amidst an overhaul for DKNY. The brand recently announced the departures of its co-creative directors, Dao-Yi Chow and Maxwell Osborne, with no replacements yet named. On top of that, Donna Karan International was also sold to G-III Apparel Group last year and its CEO, Caroline Brown stepped down around the same time as Chow and Osborne.

While DKNY will boycott the runway altogether in the upcoming Fashion Week, other brands will simply be heading for a new location. Tom Ford, Tommy Hilfiger, Rachel Comey, and Rebecca Minkoff have all announced that they’ll be off to L.A come show season.

A Supreme and Louis Vuitton Collaboration May Be in The Works

As far as collaborations go, this may be one of the biggest. According to rumours based on leaked photos, streetwear cult favourite, Supreme may be collaborating with luxury fashion label, Louis Vuitton. Although neither of the two brands has commented on the possible partnership, plenty of fans are already getting excited about the notion.

The collaboration rumours can be traced down to two very suspicious photos. The first of which was a picture of a sweater emblazoned with both the Louis Vuitton and Supreme logos. According to reports, the sweater had been spotted backstage at LV casting by a model.

This sweater got spotted by a model at a LV casting show ? – Kim Jones (LV Art Director) also posted a Supreme sticker on a LV bag (in my story) – Let's wait and see…

Renowned American department store, Macy’s has begun the New Year with an announcement that it will cut over 10,000 jobs. The news comes after a reportedly disappointing holiday period for the retail chain and is part of a large restructuring plan to boost the struggling business.

The restructuring of Macy’s organization will save the retailer an estimated US$550 million and will allow the company to refocus its financial efforts. This includes expanding more into the digital realm while reducing the brand’s physical footprint.

On top of the 10,000 jobs to be cut, Macy’s has also announced the closure of 68 stores, three of which already shuttered during 2016. Of the remaining 65 stores to close, 63 will shut by America’s springtime and the other two will close around mid-year.

Some of you asked me if Macy's was closing. Macy's has hundreds of stores around the US and it is, indeed, closing 63 of them due to poor performance during the holidays. However, all stores in NYC, including the ones in Herald Square, Queens and Brooklyn, are NOT closing! ?????????????? Muitos de voces me perguntaram se a Macys esta fechando. Macys tem varias lojas espalhadas nos EUA e esta, sim, fechando 63 delas devido a ma performance de vendas durante os feriados. Porem, as lojas da Macys em NYC como a famosa flagship da Herald Square, e outras no Queens e Brooklyn, permanecem ABERTAS. #roteirospersonalizadosny #nyorquina #macys #iloveny

Gutierrez, who’s also known as Manny MUA, is one of the most well-known “beauty boys” and counts an incredible three million followers on Instagram. He also has over two million subscribers to his YouTube channel where he posts his makeup tutorials.