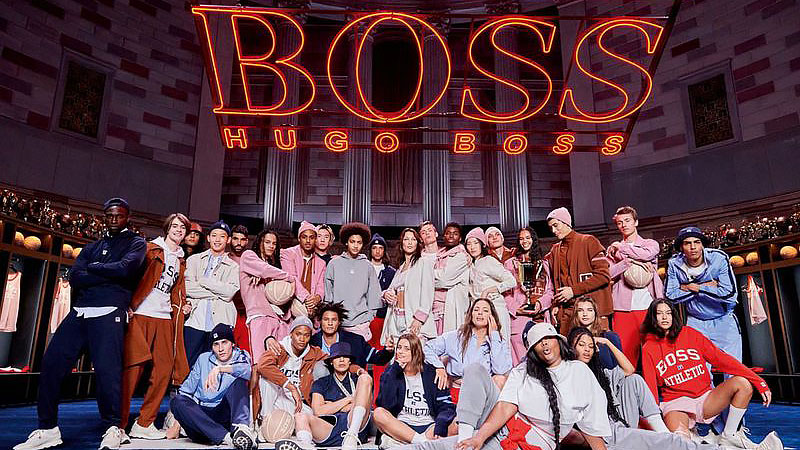 Bella Hadid, Precious Lee, Alton Mason, and others rock the new BOSS x Russell Athletic collections, and Cara Delevigne partners with PUMA in an eco-friendly collaboration. Find these stories and more as we uncover the top international fashion news of the week.

Cara Delevigne is partnering with Puma for an eco-friendly yoga line. The supermodel is working with the athletic company to create sustainable pieces which will feature 70% recycled polyester. The collaboration will also fully offset any emissions in the process. Cara explained that her love for yoga is the inspiration behind the partnership. “Yoga is one of my biggest passions, it has impacted my life in such a positive way. When PUMA approached me about partnering to create a yoga line, I was thrilled,” she said.

“We both are very focused on the environment, that is why it was important to design a collection with minimal impact. This creates a more meaningful impact on our mind, body, and practice; allowing us space for peace and tranquillity to simply exhale,” she said. It’s one of the many collaborations between the two, which first began in 2016. The collection features crop tops, a unitard, knit tops, and sports bras and ranges from $55 to $100.

BOSS has collaborated with Russell Athletic and celebrated by hosting a virtual party in New York City’s Gotham Hall. The pre-Fall collection included unisex pieces such as sweatshirts, logo t-shirts, sweatpants, and suits and starred a lineup of famous faces, such as Bella Hadid, Ashley Graham, Precious Lee, and Alton Mason. The group celebrated by dancing on the basketball court and spent the evening cheering and strutting the latest pieces.

“Russell Athletic invented the sweatshirt almost 100 years ago, and so it has been a great experience to work with a brand that has such a heritage and expertise in sportswear,” said Ingo Watts, the Chief Brand Officer at Hugo Boss. The collection is available for purchase in April.

The 19-year old supermodel, Kaia Gerber, is the latest face to join the TV show American Horror Story. The show’s creator, Ryan Murphy, announced that she would be joining the show’s 10th season, dubbed ‘Double Feature.’ She will star alongside favorites, including Sarah Paulson, Evan Peters, Lily Rabe, and Billie Lourd.

Kaia Gerber has starred in minor roles since 2016, featuring in a film named Sister Cities. While not much is known about the new season of AHS, filming has resumed after a temporary pause in 2020.

Maeve Reilly is launching her own clothing line, The Local Love Club. Reilly, who is a stylist for celebrities such as Hailey Beiber and the D’Amelio sisters, is including an athleisure feel to the line and advocates for kindness and love in its messaging. This is in line with the stylist’s commitment to anti-bullying organizations and spreading messages of self-love. Pieces include hoodies, t-shirts, and sweats in soft shades with retro type.

The stylist is partnering with The Kind Campaign in line with the launch. “This was a labor of love. It’s all cut and sewn here in Los Angeles so we can create local jobs during the pandemic,” she shared. “We’re partnering with an amazing organization called, The Kind Campaign, which works in schools to raise awareness about the impact of bullying. So a portion of the proceeds goes directly to them.”