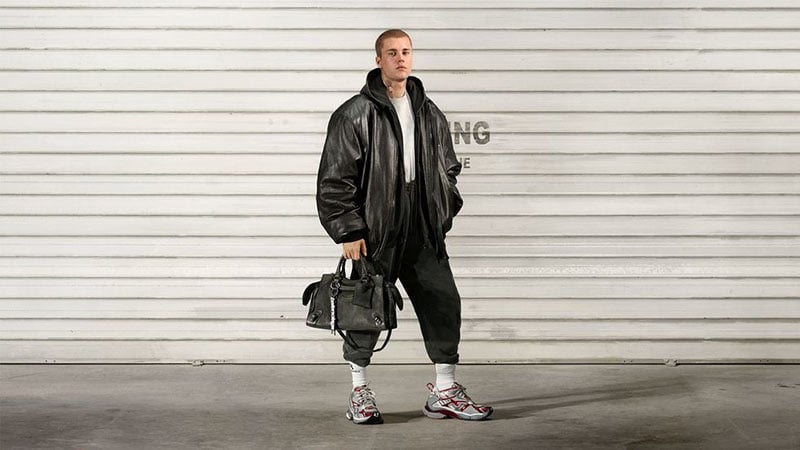 LVMH acquires sixty percent of the Off-White label, and Justin Bieber stars in the new Balenciaga campaign. Stay up to date with the top international fashion news stories of the week.

LVMH is acquiring 60% of the Off-White brand. The Creative Director, Virgil Abloh, will retain the remaining 40% of the brand and continues to have creative control. Abloh created the brand in 2013, defining the ‘gray area between black and white as a color.’ This partnership will leverage LVMH’s expertise by expanding the brand’s partnership and product range beyond the realm of fashion. According to the Group, initial discussions have already begun. Additionally, Abloh will take on larger roles with LVMH, working across the Hospitality and Wine & Spirits categories.

Currently, Virgil Abloh is the Men’s Artistic Director for Louis Vuitton – he will continue this role. “We are thrilled to expand our successful partnership with Virgil. We have already had the privilege of witnessing Virgil’s exceptional creativity and vision through his work with us at Louis Vuitton,” said Bernard Arnault, the Chairman and CEO of LVMH. Michael Burke, Chairman, and CEO of Louis Vuitton, said Abloh’s work had made a “lasting imprint” on the House of Louis Vuitton. “By breaking down borders and proclaiming a profoundly inclusive philosophy, Virgil has extended the reach of Louis Vuitton’s luxury world,” he said.

Converse is debuting its collaboration with Rick Owens – the DRKSHDW TURBODRK Chuck 70. The ‘distorted’ interpretation of the sneaker features a double sole, oversized tongue, and square toe construction, which is the first time the brand has deviated from its classic round shape. “The aesthetic is all about disrupting formality—embracing traditional structure and then blowing it up,” said Converse in a statement. The accompanying campaign stars Montreal-based duo, Fecal Matter, dressed as punk-inspired aliens and head to toe in skin-tight leather jumpsuits. The shoes are available in black and white, both in high and low-top silhouettes – it drops online on July 27th.

Justin Bieber is the Face of Balenciaga’s New Campaign

Justin Bieber has been busy during his brief visit to Paris – he is now the face of Balenciaga’s new campaign. Starring alongside actress Isabelle Huppert and models Minttu Vesala, Anania Orgeas, and many others, he dons an oversized leather bomber, tracksuits pants that are rolled at the ankle, paired with the brand’s new collaborative Adidas sneaker and the ‘City’ bag.

Vetements is removing the vowels from its name for its new brands. The Zurich-based fashion house is launching a new brand – Vtmnts- consisting of 100 looks. The fashion label has been teasing the launch of something new with a private Instagram account dubbed @vetements_secret_project for some time. The accompanying collection features a series of T-shirts, pants, sweatshirts, and outerwear, often featuring TV test card patterns, barcodes, and plenty of logos. “Quality is one of the most important foundations in the building of the new VTMNTS world,” said the brand. ” Our goal is to give the young, cool generation the same quality feeling that Неrmеs gives their sophisticated clientele. The new generation, as every new generation historically, is being underestimated by the dinosaurs of the industry, as parents always think they know better than their kids, but kids grow up and are the ones taking care of the elderly.”

Additionally, the Gvasalia family is launching the Gvasalia Family Foundation, which aims to become a “multi-dimensional platform for young talent” using financial aid, plus mentoring and education programs. The news first broke in 2019 when the CEO announced he would be working to help young talent, but this is the first time he has mentioned it again. It appears that the family will also put out an open call for creatives (of all ages) to apply for participation.

Editor-in-Chief of Vogue Italia, Emanuele Farneti, is stepping down from his role. He succeeded the late Franca Sozzani in 2017 and is one of the many Vogue and GQ creatives leaving their position. The Conde Nast Global Chief Content Officer, Anna Wintour, will oversee Vogue on a global scale. At the same time, Edward Enninful will look after Europe, and Leslie Sun will take care of the Asian and Indian publications. Farneti will leave his position following the completion of the September issue. “Italy is a culture that deserves respect, and to be represented for what it is: the culture from which many of fashion’s most influential ideas are conceived and through which the best quality of craftsmanship is produced,” he said on Instagram in a lengthy statement.