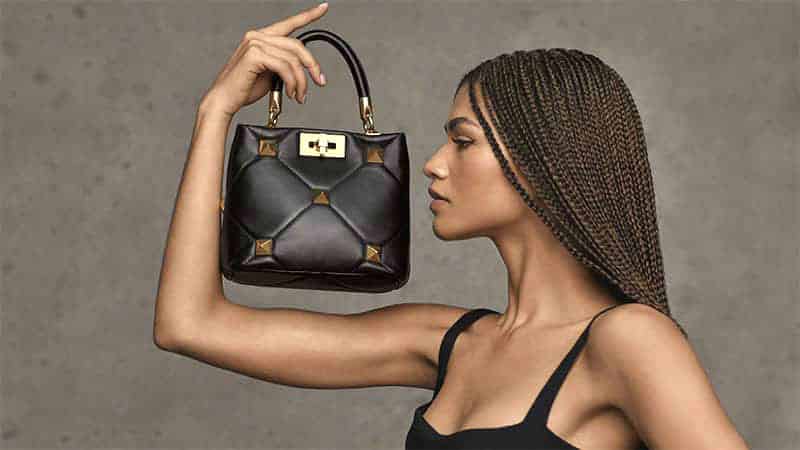 Balenciaga is returning to Haute Couture, Valentino is going fur-free, and Naomi Campbell is a mom! Find these stories and more as we uncover the top international fashion news stories of the week.

Naomi Campbell has announced the birth of her first child. The supermodel welcomed her daughter on Instagram by sharing a photo holding the baby’s feet in her hand. “A beautiful little blessing has chosen me to be her mother, So honoured to have this gentle soul in my life there are no words to describe the lifelong bond that I now share with you, my angel,” she shared. “There is no greater love.”

Valentino is making two huge changes to its operations. First, the fashion house will remove all fur from its collection – its last show with fur will be Fall 21/22. It will also shut its fur company, Valentino Polar, which it has wholly-owned since 2018. “The fur-free stance is perfectly in line with the values of our company,” said Jacopo Venturini, the CEO of Valentino. “We are moving full-steam ahead in the research for alternative materials in view of a greater attention to the environment for the upcoming collections.”

Secondly, Valentino will be terminating its Red Valentino line. The first collection launched in 2003, and the last will debut between 2022-2023. This move aims to help the Creative team focus on the main Valentino collection and Couture. “The aesthetic vision of our Creative Director – combined with the artisanal spirit and excellence of the workmanship – harmonizes perfectly with new technologies and future objectives,” said Venturini. “The inputs to which our customers, or Friends of the House, are exposed to every day are many. In this scenario, the concentration on one, and only one brand, will better support a more organic growth of the Maison.”

Angela Missoni Steps Down from Missoni

After 24 years in the role, Angela Missoni is stepping down as Creative Director of the brand, Missoni. The label was founded by her parents – Ottavio and Rosita Missoni – in 1953 in Italy. “My parents invented a new language in fashion, and I think over the past 25 years, I’ve been able to extend the lexicon of this language,” she said.

The role change is a part of the new strategy to capture a younger audience. Missoni aims to re-work the brand image, so it’s “dusted off and made more relevant and cool. We want to offer elements of surprise in a more modern language while not betraying Missoni’s roots”. Alberto Caliri will take over the role in the interim- he has worked alongside Angela for 15 years – his first collection will debut in September for Spring 2022.

Balenciaga is Making a Couture Comeback

Balenciaga is returning to the Haute Couture stage after 53 years. The event will occur in person, against the backdrop of Cristóbal Balenciaga’s original couture salon – 10 Avenue Georges V. This is the first haute couture collection we’ll see from the designer’s Creative Director Demna Gvasalia. The theme of the collection ties with the brand’s history and appears to step away from the recently-found direction its Creative Director has envisioned. The show will debut on July 7th.

Is this the end for Jean Paul Gaultier? The designer shared a mysterious post on Instagram – a simple white square with ‘the end.’ in the center. The account has also removed its profile picture and added ‘The end of an era’ in its bio. While there has been no confirmation surrounding the new imagery, its audience is expressing their confusion. In 2020, Jean Paul Gaultier retired from his role as Creative Director but assured everyone that the brand would continue. Only time will tell what these mysterious posts mean.