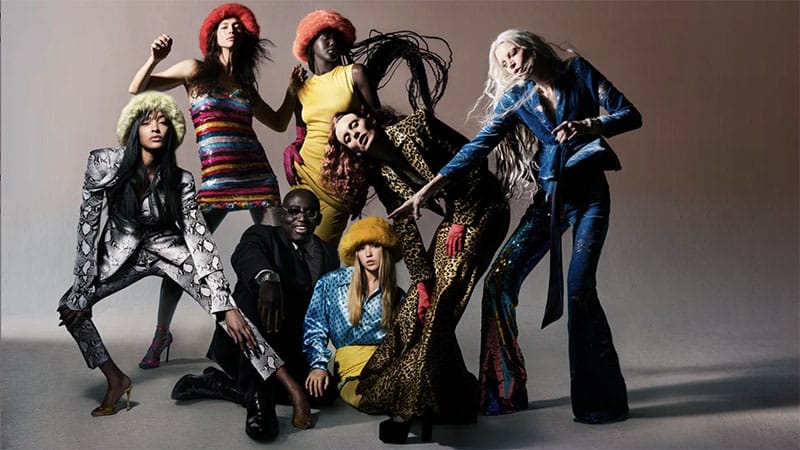 Men’s Fashion Week goes American Psycho, and the co-chairs for the Met Gala are here. Find these stories and more in the top international fashion news of the week.

More information about the Met Gala 2023 has been released. The fashion gala, which takes place on May 1st, will be co-chaired by Dua Lipa, Michaela Cohl, Rodger Federer, and Penelope Cruz. They will join Anna Wintour, who has been chairwoman since 1995.

The theme for this year’s event is Karl Lagerfeld: A Line of Beauty. It will honor and celebrate the late German fashion designer who served as creative director of Fendi, Chloe, and Chanel, as well as his eponymous label. The event will be sponsored by Fendi, Chanel, KARL LAGERFELD, and Conde Nast – the publisher of Vogue.

Edward Enninful is on the latest cover of Paper Magazine. The editor-in-chief of British Vogue and European editorial director features alongside a group of supermodels, including Adut Akech, Jourdan Dunn, Irina Shayk, Lila Moss, Karen Elson, and Kristen McMenamy. The shoot was directed and photographed by Nick Knight, alongside an interview with Linda Evangelista.

“I’m so proud of Edward and the person he has become,” said Linda. “He’s worshiped and appreciated. You have so much to say, so much still to do, so much still to show. Your voice was so refreshing and necessary.”

Christie’s  New York will auction off a series of personal belongings of Andre Leon Talley. The late Vogue creative director passed away in January 2022 and has more than 50 years’ worth of fine art, couture, literature, handbags, and furniture. Some of the pieces were gifts from the likes of Miuccia Prada and Karl Lagerfeld, others include works by Andy Warhol and Yves Saint Laurent, plus his extensive collection of kaftans.

The auction will begin. in person on February 15th, with online auctions continuing until the 17th. A selection of the possessions will tour throughout January, with its first stop in Palm Beach before moving to Paris.

Paris Men’s Fashion Week is underway, with designers showcasing their collections for Fall/Winter 2023. Louis Vuitton presented its collection in collaboration with Colm Dillane, the creative director of KidSuper. A successor to the late Virgil Abloh is yet to be announced. Other shows included Givenchy, Saint Laurent, and Dior.