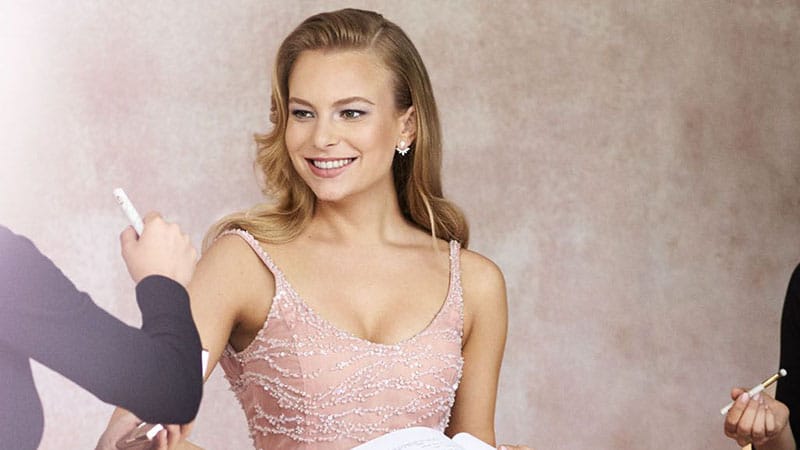 This week in fashion Olivia Palermo launches her first fashion line, and Sam McKnight will receive the Isabella Blow Fashion Creator Award. Find these stories and more as we uncover the top international fashion news of the week.

Swooon I have been dying to show everyone the packaging for my products because LOOK AT EM 🤩 ACT IV: Beauty that makes you the 🌟 All seven products launch January! #ActFour #esteeambassador

Olivia Palermo is releasing her first fashion line. The eponymous collection features 52 pieces, including dresses, button-downs, skirts, and shoes – there is something to ‘fit everyone’s personal style.’ “This collection was inspired by people all over the world who I come across in my travels. A person’s unique style is so closely linked to their personality, and this collection is no different,” said Olivia Palermo. The line launches in February 2020 at Saks Fifth Avenue.

Big news! Announcing the Olivia Palermo Collection, available February 2020. The line is timeless, polished, and eclectic, and I can’t wait for you to see it for yourselves! Over the next few months, I will be sharing a behind-the-scenes look into the making of the collection. Stay tuned! 💃✨❤️

Thom Browne is launching his first co-ed show. The fashion show will mix both menswear and womenswear during Fashion Week in Paris 2020. It is a common occurrence throughout Milan and New York but isn’t trending in France. “There’s been a couple of seasons that I’ve been talking about my collections being connected, and I think it’s time to put that into actual practice,” the American designer said. Versace also announced it would be following this format, but it will only use it next year. Paris FW runs from February 24 to March 3, 2020.

Thom Browne will stage his first coed show for the fall 2020 season on March 1 in Paris.⁣ ⁣ In an exclusive interview Wednesday, Browne explained that his decision was driven purely by creative concerns, rather than business or cost ones.⁣ ⁣ “There’s been a couple of seasons that I’ve been talking about my collections being connected, and I think it’s time to put that into actual practice,” he said over the phone from Milan, where he was presenting and selling his pre-fall 2020 men’s collection.⁣ ⁣ Browne also promised a show that’s “going to be longer and more theatrical. It’s going to be the same approach, as conceptual, as experiential as any other show. You’ll see the perfect marriage of the two collections.”⁣ ⁣ Tap the link in bio for more. ⁣ ⁣ Report: Miles Socha ⁣ .⁣ .⁣ .⁣ .⁣ .⁣ #wwdfashion⁣ #thombrowne⁣

British hairdresser and stylist, Sam McKnight, is receiving the Isabella Blow Fashion Creator Award at the 2019 Fashion Awards. He has previously worked with the likes of Princess Diana, Naomi Campbel, Gigi Hadid, and Kate Moss.

“I have been honored by the hairdressing and the beauty industries – but I have never had an award from fashion,” he told Vogue. “I am so happy and thankful for the British Fashion Council. They are shining a light on hair, and all the hairdressers, who make magic backstage nowadays on an epic scale.” The Fashion Awards take place on December 2nd in London.

I’m absolutely thrilled to bits to share this news from the British Fashion Council today. I’ve been working on fashion weeks in London since well before London Fashion Week was created, so this means so much to me. And I’m so happy and thankful for the BFC to shine a light on hair, and all the hairdressers, who make magic backstage, nowadays on an epic scale. The BFC is delighted to announce that @SamMcKnight1 will receive the Isabella Blow Award for Fashion Creator at The #FashionAwards 2019, on Monday 2nd December at the @RoyalAlbertHall. McKnight will be honoured for his invaluable contribution to the fashion industry, his remarkable effort in changing the role of the session stylist within fashion and for his unique ability to create modern and glamorous looks. To buy tickets visit link in bio. Photo by @simonemmettstudio

Josephus Thimister has passed away at the age of 57. The designer had previously worked as the Artistic Director of Balenciaga from 1991 to 1997, and the Head Designer at Charles Jourdan in 2005. “It is with sadness that the Federation de la Haute Couture et de la Mode has learned of the passing away of Josephus Thimister, whose avant-garde style, elegance and skills in cutting have, for many years, contributed to the creative momentum in Paris,” explained the French Fashion Federation.