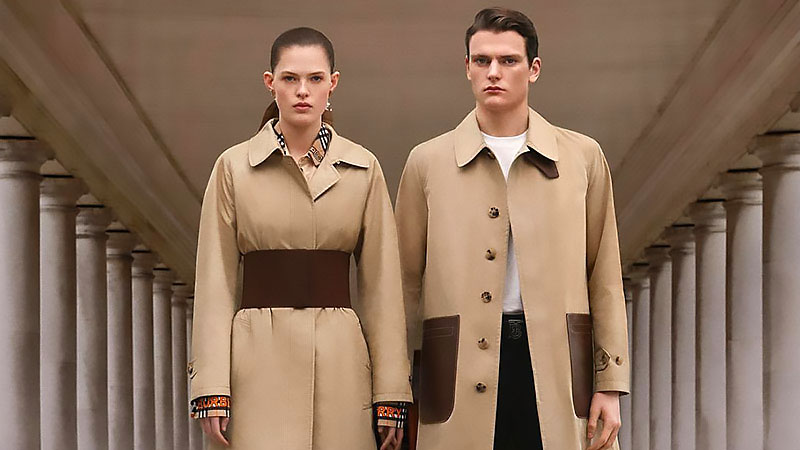 This week in fashion, Barbara Palvin earns her Angel wings, Twiggy becomes a Dame, Gucci sets the location for their resort show. Diane Von Furstenberg will step down from CDFA, and Burberry plans to remove excess plastic.

Barbara Palvin Named a VS Angel

Victoria’s Secret has named Barbara Palvin as their new VS Angel. The 25-year-old model has previously walked for VS shows and is now the first Hungarian to earn her wings. The newly appointed Angel joins VS alumni such as Candace Swanepoel, Elsa Hosk, Lily Aldrige and Romee Strijd.

Palvin shared a post on Instagram announcing the news, “There were times where I let my own thoughts hold me back and it was a hard climb away from those,” she said. Palvin has previously worked with the label, first walking in the VS runway show in 2012.

OFFICIALLY A @victoriassecret ANGEL ! I don’t know where to begin but I’ll try : I never thought it would happen and it has exceeded all my expectations. I’m very excited to announce that I’m officially a @victoriassecret ANGEL ! Thank you for believing in me. There were times where I let my own thoughts hold me back and it was a hard climb away from those but my family , my team, Ed, and everyone at VS they were always there to support me and uplift me. I am proud to represent Hungary, and most importantly, all of you in this new chapter of my life! Thank you all so much again ♥️♥️♥️

The 1960s British model and icon, Twiggy, has been named Dame Commander of the British Empire by Prince Charles. Famed for her iconic appearance the model is known as one of Britain’s most influential faces in the fashion and modelling industry. She is known as the “face of the’60s”.

The new Dame was acknowledged for “her services to fashion, the arts, and charity”, according to the Daily Mail. Her official title is Dame Lesley Lawson, DBE, but she prefers “Dame Twiggy”. Prince Charles told the model that it was “about time” that she received the honorific title.

Gucci to Present its Cruise 2020 in Rome

Italian luxury label, Gucci, will present their resort show in Rome. The Cruise 2020 runway will showcase amongst the ancient ruins and Roman statues on the Capitoline Hill. The label previously shot their Pre-Fall 2019 collection in the ancient cities of Pompeii and Herculaneum.

Alongside the resort show, Gucci will donate to the restoration project of the Tarpeian Rock upon the Capitoline Hill. The location of the resort is a special part of the director’s childhood. In a statement, the show will “offer a unique look inside [the] centuries-old history of Ancient Rome.”

From #GucciSS19 by @alessandro_michele, a women’s tailoring jacket adorned with a Double G brooch from the new #GucciJewelry collection. #AlessandroMichele

Designer, Tom Ford, is rumoured to become the chair of the Council of Fashion Designers of America (CFDA). According to WWD, the current chairperson, Diane Von Furstenberg, is stepping down. She has been in this role for thirteen years. The CFDA will vote for the change on Tuesday. Tom Ford has been in the business for 30 years and often represents a progressive side to the fashion industry.

“Be proud to be a woman,” says our chairwoman @therealdvf – and not just on #InternationalWomensDay but everyday! #FBF to the 2016 #CFDAAwards moment when we honored trailblazers @gloriasteinem, @janellemonae, and @cecilerichards ?: @bfa

Burberry to Eliminate Plastic by 2025

Burberry plans to eliminate plastic from their label by 2025 alongside H&M and Stella McCartney. This comes after the London-based label signed the New Plastics Economy Global Commitment. By the end of this year, Burberry will remove shrink-plastic packaging. The label also banned the use of fur in 2018.