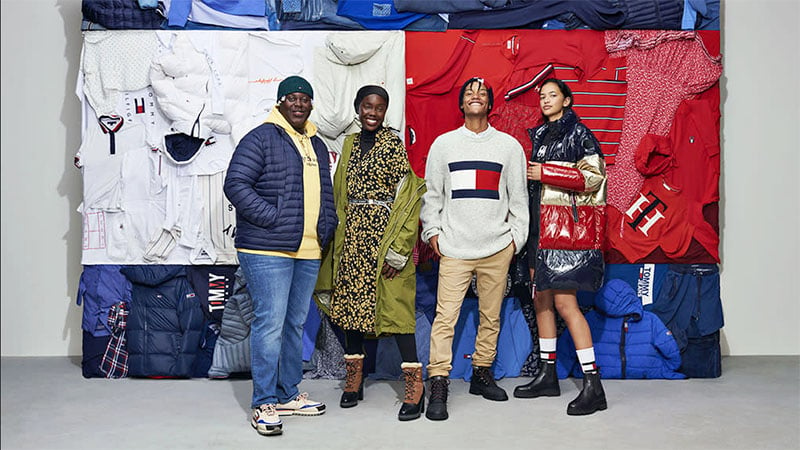 Issey Miyake has passed away at 84, and Tommy Hilfiger has launched a resale program. Find these stories and more as we cover the top international fashion news stories of the week.

Influential and innovative Japanese designer, Issey Miyake, has died at the age of 84. Revered for his technology-driven designs, he is considered one of the leading innovators in the industry. Miyake was born in Hiroshima in 1938 – when he was seven, he experienced the atomic bomb that left him with an injured leg and his mother with radiation sickness. He studied graphic design at Tama Art University in Tokyo, graduating in 1968. He later went on to work as an assistant to Guy Laroche in Paris and then worked with Hubert de Givenchy.

While he expressed that he was never really interested in fashion, he preferred to focus on design. His pieces were inspired by Japanese style and art, celebrating elements from a non-European aesthetic. Moreover, he wanted to design ‘things that can be created, not destroyed, and that bring beauty and joy’ He often worked with bamboo and rattan, which would fuse the concept of sculpture and fashion together. His most iconic concepts include Pleats Please, which features fine pleats that would move with the body. This then inspired Homme Plisse and other plisse pieces today. His other notable works include the Bao Bao bag, A Piece of Cloth concept, and his fragrance L’EAU D’ISSEY.

Fashion designer, Jason Wu, is collaborating with AllModern for an exclusive home collection. The limited edition collection features rugs, pillows, and throws – they’re inspired by the designs of mid-century designers Josef Albers and Mark Rothko. “Over the last ten years of my career, I’ve wanted to think bigger, to think about how I can let more people be a part of the Jason Wu world, and I’m excited to partner with AllModern to bring my designs into more homes,” Wu said in a statement. Prices range from $50 to $1,300 and are available online and in the AllModern store in Massachusetts.

Son Heung-min is the new ambassador for Calvin Klein in South Korea. The soccer player is in the brand’s latest campaign, which features sustainable products and recycled materials. “As a longtime fan of the brand, I’m thrilled to be representing Calvin Klein Underwear in my home country,” he said. “Calvin Klein products have had a special place in my wardrobe for years, so our partnership is a natural fit. Like so many people around the world, I am constantly inspired by the brand’s iconic campaigns, so to be the face of one is both exciting and surreal.”

Dame Olivia Newton-John (ONJ) died at the age of 73. The English-Australian icon passed away in her home in California, surrounded by her loved ones, a statement read. The actress and singer had her first major role in 1978, playing Sandy in the movie-musical Grease. She later starred as Kira in the musical fantasy film Xanadu. She was diagnosed with breast cancer in 1992, which returned twice after her first remission. As she fought cancer, ONJ dedicated her time to raising funds for cancer research and opening the Olivia Newton-John Cancer and Wellness Centre in Melbourne in 2008.

Tommy Hilfiger is launching a resale program with ThredUp. US shoppers will have access to pre-paid shipping labels and can send over women’s, men’s, and kid’s clothes to ThredUp. For every sale made, the user will earn shopping credits to Tommy Hilfiger. Women’s and children’s clothing can be from any brand, but the menswear must be from Tommy Hilfiger. “This partnership is our latest step on our journey to becoming a fully circular brand,” said Esther Verburg, the EVP for Sustainable Business and Innovation at Tommy Hilfiger Global. “The U.S. market is packed with circular potential, and together with thredUP, we’re hoping to make a long-lasting difference.”