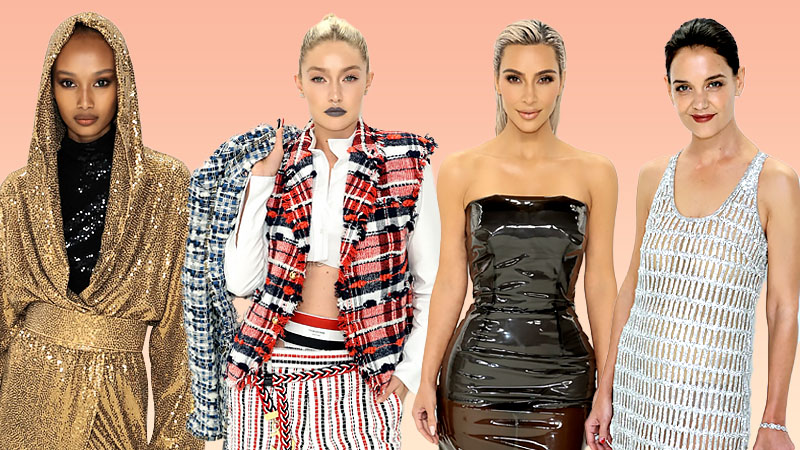 The CFDA Awards took over the fashion world, and Vogue is taking legal action against Drake. Find these stories and more as we uncover the hottest international fashion news stories of the week.

The hottest stars and fashion designers have come together to celebrate the industry at the LACMA Art + Film Gala, raising $5.1 million for the museum’s ongoing education, exhibitions, and acquisitions. The event was sponsored by Gucci, with the majority of attendees sporting pieces from the Italian fashion house. Some of the notable outfits include Jodie Turner-Smith, Billie Eilish, and Salma Hayek, wearing a mixture of monogram, sequin, and fringe gowns. Other standout pieces from guests include Rosé and Laura Harrier in Saint Laurent and Sydney Sweeney in extravagant pink chiffon rose mini dress from Giambattista Valli and matching tights.

The New York Nicks have named their first Creative Director. Ronnie Fieg, the CEO and founder of Kith, will be the creator of the team’s in-house product line and “focus on building a community around an international brand.” He will also have charge of the uniforms, which debuted on November 11 at Madison Square Garden. This is a continuation of the Kith and Knicks collaboration, which began in 2020. The Kith for Knicks collection will be available to the public on November 12.

Vogue’s parent company Condé Nast is filing a lawsuit against Drake and 21 Savage for a fake Vogue cover. The rappers recently released the image in question to promote the former’s new single. Additionally, they released more covers of magazines and a parody skit from Saturday Night Live.

Drake shared a series of images on Twitter, with the accompanying caption: “Me and my brother on newsstands tomorrow!! Thanks @voguemagazine and Anna Wintour for the love and support on this historic moment.” Condé Nast is suing the Canadian rapper for $4 million, arguing that the covers were not approved by the business. In the 30-page lawsuit, they argue that the ‘deceptive campaign’ violated their trademark rights. The hearing is set for November 29.

The 60th CFDA Awards took place in Cipriani South Street, New York City. Hosted by actress Natasha Lyonne, the event honored the leaders in the fashion industry. Some of the best looks of the night were worn by Ugbad Abdi in Michael Kors, Kendall Jenner in Khaite, Kylie Jenner in vintage Mugler, and Gigi Hadid in Thom Browne.