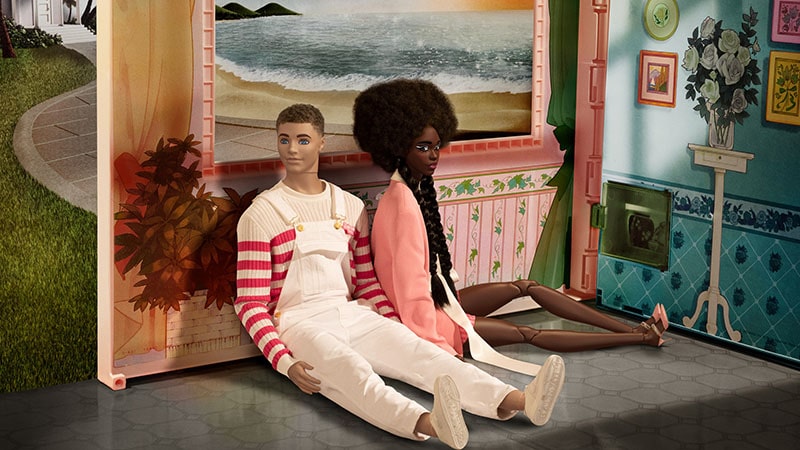 YEEZY Gap is gaining an extra collaborator, and Balmain is launching an exclusive collection with Barbie. Stay up to date and check out the latest international fashion news of the week.

Ye and Balenciaga are Collaborating with GAP

GAP’s new collaboration is underway, featuring Ye (formerly Kanye West) and Balenciaga’s Demna. The collection, dubbed YEEZY GAP Engineered by Balenciaga, is expected to be available for purchase in mid-2022, with another drop later in the year. “This is a very different challenge. I’ve always appreciated the utilitarianism and the accessibility of Gap,” said Demna on the collaboration. “I share some of the same sensibilities in my creative language. This project allowed me to join forces [with Ye] to create utilitarian fashion for all.” This isn’t the first creation between Ye and GAP. In 2020, he signed a 10-year contract with the brand and had since unveiled a few items, such as YEEZY GAP Round Jacket, which sold for $200. The clothing’s popularity was so immense that it sold immediately while crashing the retailer’s site.

Balmain is collaborating with doll icon, Barbie, to help capture the US market. The collection features a series of ready-to-wear pieces, including bodycon dresses, silk suits, handbags, and outerwear. Additionally, the designer is unveiling three exclusive NFTs of Barbie and Ken in bespoke and iconic garments of collections’ past. The collection will be available for purchase on January 13.

“For me, it’s a lot more than just a commercial project. It’s very emotional,” said Olivier Rousteing, the Creative Director of Balmain. “Having Barbie in my Balmain army, making a collection inspired by her where there are no boy clothes or girl clothes, is my small revenge. I think Barbie represents a joyful dream world. There’s nothing wrong with a dream. But let’s push the dream, and not the dream of the 1950s or 1960s, but 2022.”

Amid the increasing fears surrounding the virus, Giorgio Armani is canceling all of his scheduled shows for Milan Men’s Fashion Week and Giorgio Armani Privé Haute Couture Spring Summer 2022. These were planned to take place from January 15 and 17, respectively. There will be no plans for digital shows at this stage.

“This decision was made with great regret and following careful reflection in light of the worsening epidemiological situation,” explained the brand in a statement. “As the designer has expressed on many occasions, the shows are crucial and irreplaceable occasions, but the health and safety of both employees and the public must once again take priority.”

Cher is the new face of Ugg for its latest campaign. The award-winning entertainer appears in the “FEEL ___” campaign, which has previously featured stars including Andre Leon Talley and Iman. The actress and singer donning the Classic Mini boot and Coquette slippers show the viewer around her Malibu home and explain how the campaign aligns with her values. “How you ‘Feel’ is the most authentic part of you as a human being,” she said. “I chose to be an artist. But the hard part is succeeding and failing in front of the entire world.”