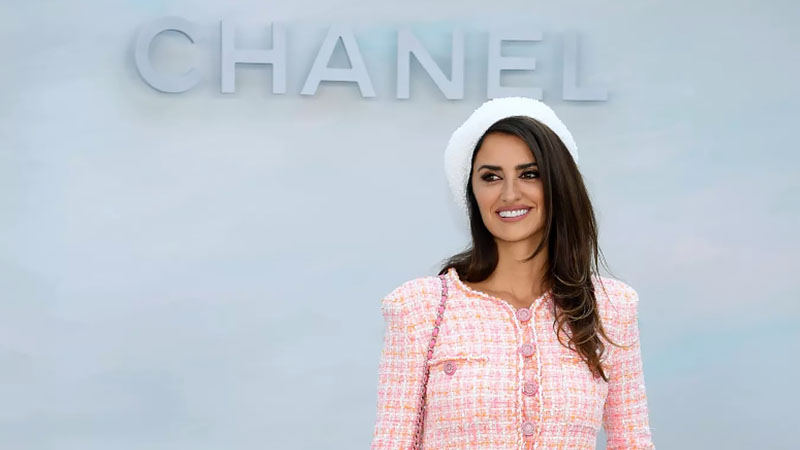 This week in fashion, stars stun at the 60th annual Logies, Penelope Cruz is the new face of Chanel, Saudi Arabia’s first couture model makes runway debut, and Valentino’s founder is brought to tears by the couture house’s latest runway. Find these stories and more as we reveal this week’s top international fashion news.

The Academy Award-winner was most recently spotted sitting front row with Karl Lagerfeld at Chanel’s Haute Couture Autumn/Winter ‘18/’19 show. Cruz told WWD in a statement, “It’s such an iconic brand, and Karl is a genius. I’ve been admiring everything he’s done since I was a little girl, so it’s such a pleasure working with him. He’s like the king of fashion, and we had a really, really interesting photo shoot, so to be in front of his camera is an adventure.”

Oscar-winning actress Penélope Cruz has been chosen by Karl Lagerfeld to become the new CHANEL ambassador and attended the #CHANELHauteCouture show earlier today in Paris. She will also be the face of the upcoming #CHANELCruise 2018/19 campaign. @penelopecruzoficial

The 17-year-old, Taleedah Tamer has become Saudi Arabia’s first model to ever walk a couture runway. She opened Antonio Grimaldi’s couture show in Paris wearing a stunning all-white pantsuit with a billowing cape. Tamer also closed the show in a silver column gown featuring a feathered wing on one side. The show comes just days after the model’s first magazine cover, appearing on the July issue of Harper’s Bazaar Arabia.

She is the first Arabian Model to walk in a major runway show or feature in a global editorial campaign. Hailing from the city of Jidda, Tamer spoke of Saudi Arabia’s long-standing oppression of women.  She stated, “I know there will be Saudis that will not agree with me modelling,” she said. “I respect their right to have an opinion. But also feel very proud that I am able to broaden perceptions of what it means to be a modern Saudi woman in the eyes of the world.” Saudi Arabia has lifted some of its restrictions on women. They now have the right to drive and attend public events. The country even hosted its first ever fashion week in April. Tamer added once she has conquered the couture world, she intends to return home to get her drivers license.

This momentous fashion moment saw garments featuring gravity-defying constructions, a stunning array of colours, mixed portions, patchwork, embroidery and creative textures. Piccioli drew inspiration from the likes of Ziggy Stardust, Greek mythology and Baroque art. From the outlandish emerald green sequined cape paired with a silk blouse and tailored trousers to the ruffled red dress which spiralled around the model’s body, there were many show-stopping looks. Kaia Gerber glided down the runway in a stunning airy feathered gown while a voluminous, marigold taffeta number closed the show.

Some of Australia’s most famous faces graced the red carpet for the 60th annual TV Week Logie Awards. This was the first time the prestigious awards were held at The Star on The Gold Coast, and the fashion was heavily inspired by the sunny shores. With plenty of glitz, glam, shine and sequins, the stars certainly looked the part for Australia’s night of nights.

Logies 2018 done and dusted. @conilio.official you are a creative genius. I love you! Hair and makeup by @marieuva and @chantellebaker