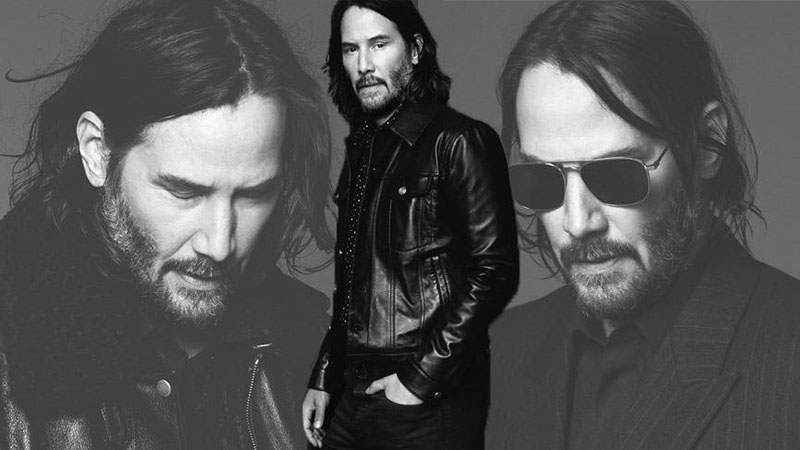 This week in fashion, Bob Mackie is set to receive a Lifetime Achievement Award, and Keanu Reeves is the new face of YSL. Find these stories and more as we reveal the top international fashion news of the week.

Off-White is suing US-based brand Rastaclat for allegedly copying designs. The infringement is for a bracelet by Rastaclat featuring quotation marks and red zip ties and is a common feature in the French label’s pieces. Off-White’s team believes that the bracelet may “confuse customers”, and result in shoppers thinking that they’re purchasing something by their CEO, Virgil Abloh. In July 2018, Off-White filed a trademark application for their use of zip ties but was ultimately rejected.

Bob Mackie will receive the Geoffrey Beene Lifetime Achievement Award at the 2019 CFDAs. This award will honour his contributions to American fashion. He is best known for creating iconic pieces for Cher, Diana Ross and Liza Minnelli – one of his most famous pieces includes a dress for Cher at the 1988 Academy Awards for the film Moonstruck.

Thank you to @voguemagazine for announcing the great news, and to the @cfda for the tremendous honor! Link in bio for more

Keanu Reeves is the New Face of YSL

Keanu Reeves is the new face of YSL and features in their latest campaign. In a series by David Sims, the Matrix star features in the label’s signature black and white aesthetic. YSL’s Creative Director, Anthony Vaccarello, chose Keanu Reeves as the face for their Fall/Winter 19 collection. It’s Reeves’ first fashion campaign that debuts alongside his latest film John Wick 3.

Mackie’s career spans over five decades, receiving nine Emmy Awards and three Oscar nominations. “Bob Mackie is one of the most prolific designers of all time. He is a true artist and the ultimate showman.”, CFDA’s CEO, Stephen Kolb, says. The awards take place on the 3rd of June at the Brooklyn Museum.

Liam Payne is Creating a Collab with Hugo Boss

Hugo Boss is naming Liam Payne as their new ambassador. In celebration, he is releasing a collaboration with the label and will also be the face of Boss’ Bodywear. The One Direction singer often wears the label at events and frequently praises the brand. “I knew if I wanted to do something in fashion it should be with Hugo,” says Payne, “They design clothes that guys like me want to wear. Fashion started out as a hobby for me, but I’m loving being part of the creative process.” The capsule collection will release in mid-2019.

I’m excited to be the new face of HUGO and I can’t wait to show you what we’ve been working on. Head over to @hugo_official to stay in the know #HUGOxLiamPayne

Brazillian Model Dies on the Runway

Tales Soares, a Brazillian model, died on the runway during Sao Paulo Fashion Week. The audience thought it was part of an act after they saw Soares collapsing on the catwalk, but paramedics immediately took action, and he was pronounced dead at the hospital. In a statement following the tragic incident, organisers shared: “SPFW has just received the news of the death of model Tales Soares, who suddenly took ill during the Ocksa show”. It’s unknown why the model collapsed, because he had no present health conditions, “Tales never presented or complained about health problems,” says Soares’ agency, Base MGT.