Why Everyone is Obsessing About the Men’s Romper Trend 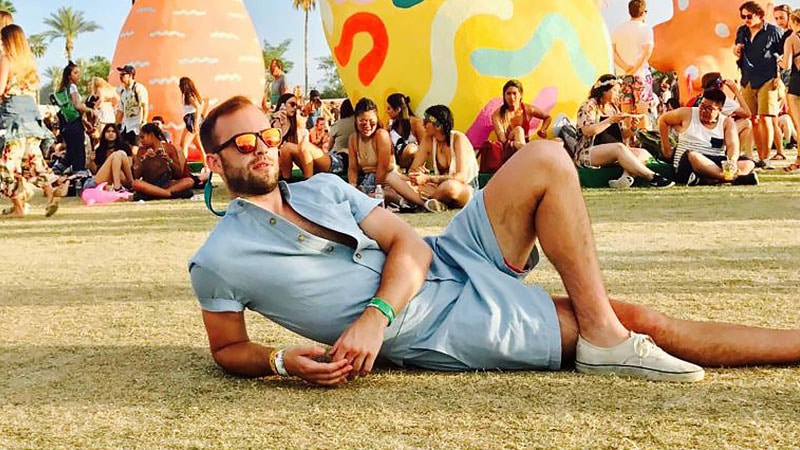 If you haven’t heard, male rompers are officially a thing. The internet is going nuts over the new style for men, and everyone has an opinion, be it positive or negative. But, before you start arguing whether this trend is modern and manly or tacky and tragic, shouldn’t you know why it’s gone viral and who started it? From where it all began to the reactions of consumers and brands, we have the low-down on the #RompHim fashion phenomenon. So, if you’ve been asking yourself why everyone is obsessing about the men’s romper trend, we have the answer, and after reading it, you can decide whether you think the look is revolutionary or ridiculous.

What is a Men’s Romper?

A romper is a garment that’s usually spotted on babies and young women at music festivals. Today, however, the romper is also a fashion option for gents. Also known as a playsuit, the one-piece design is now being touted as an easy summer option for men. Ideal for saving time when getting ready, rompers banish the need for picking out separate pieces by combining shorts and a shirt into one. They’re also perfect for numerous occasions, or so claims the brand responsible for beginning this trend. The statement style, which is also comfortable, can be worn to events and locations ranging from the beach, music festivals, and rooftop bars to pool parties, barbeques, and even on a stroll. The only requirement is that the gent wearing the romper is confident and comfortable with this style. 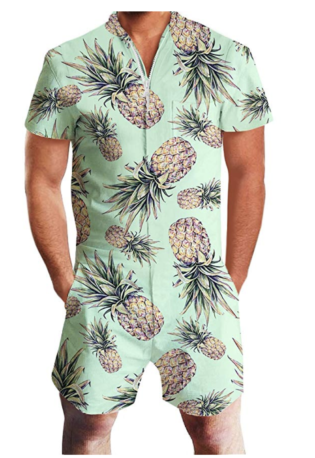 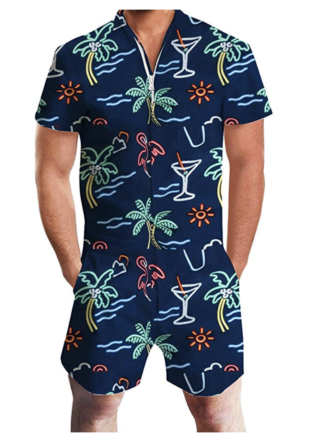 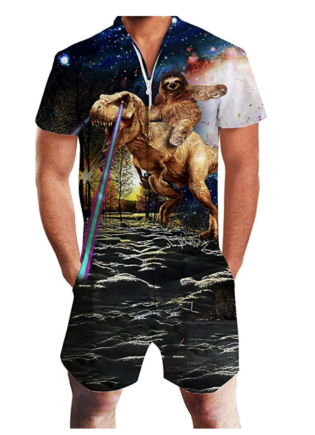 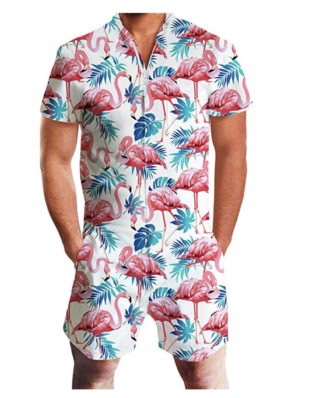 How the Men’s Romper Trend Began

The men’s romper trend is all thanks to a new company called ACED Design and a product that it dubbed the RompHim. The team behind the inventive business and garment are a group of business school friends who wanted to bring something new to the world of menswear.

“We were sitting around over drinks one evening and got to talking about the men’s clothing options out there. Everything was either too corporate, too fratty, too “runway” or too basic. Something was missing. Why wasn’t there anything out there that allowed guys to be more stylish and fun without also sacrificing comfort, fit, and versatility? The more we thought about it, the more we realised that a romper hit all of these attributes – it’s unique, fashionable, cool and very wearable.”

So, the Chicago-based business created the RompHim and recently began a Kickstarter page to help fund the project. Since then, the brand and its rompers, which feature a zipper fly to make going to the bathroom more simple, have blown up and created a worldwide trend. 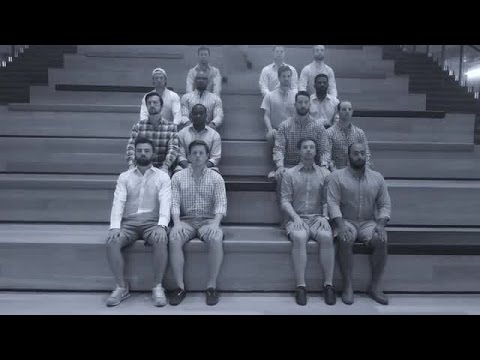 The team at ACED Design have certainly achieved their goal to bring something new to the world of men’s fashion, but with all new things, some people love it, and others do not. As was to be expected, many people have made fun of the playful playsuit and its unique style, starting memes and making wisecracks. Some have even made jokes about the garment being the quickest way to become single while others have said that it’s “just wrong”. But, while many are having a laugh at the new menswear design, others are embracing it. The company’s Kickstarter campaign has already made over 30 times more than its initial US$10,000 goal and currently stands at an incredible $360,933. Also, whether people like the idea or not, they’re certainly talking about it. The male romper trend has gone viral in the past week and subsequently propelled the RompHim to instant fame.

Yesterday was fun. Really fun. We appreciated all the feedback (even the jokes). #RompHim #RompSquad

It’s not just the media and public who have taken note of the men’s romper trend. Other fashion brands have also noticed the popularity of the garment in its new menswear form. In particular, the sportswear brand, Reebok has been quick to jump on board and announced a romper of its own, dubbed the ReeRomp. Although, it seems someone in the Reebok marketing department may just be having a little fun with this playsuit that’s “built for bros”. The rompers, which the brand is advertising in sketches on www.reebok.com, are not actually available for sale or pre-order but rather say “coming soon”, indicating that Reebok may just be having a laugh. But, while the label may be making a joke, other brands will undoubtedly take the idea more seriously after seeing the amount of money and interest garnered by ACED Design and the RompHim. 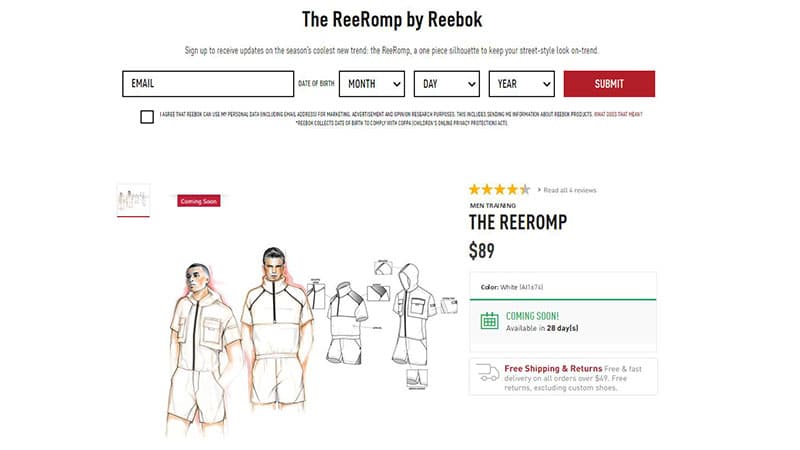