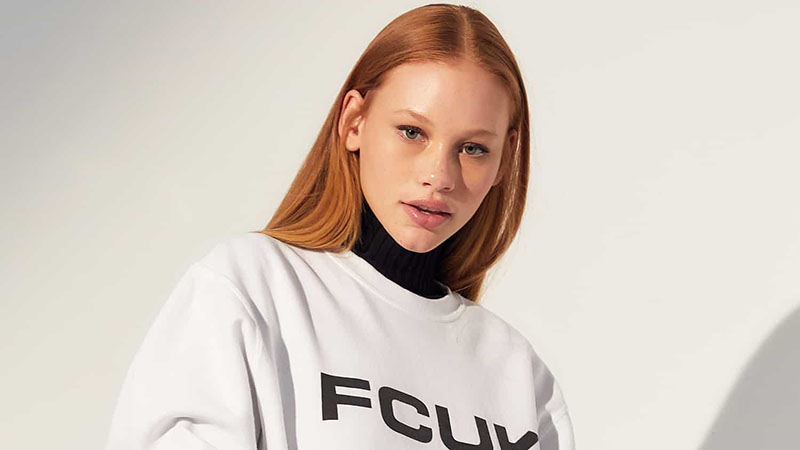 This week in fashion, Hermès announces their new cosmetics range, and Pharrell unveils his collaboration with Chanel. Find these stories and more as we reveal the top fashion news stories of the week.

Hermès is planning to launch their own cosmetics and skincare line. The French label will develop its collection in-house, with production taking place in France and Italy. This is their first endeavour into the beauty industry. It’s unknown what cosmetics will be available at this stage, but there are rumours that the label will offer skincare and makeup in plastic-free packaging.

CEO Axel Dumas has expressed anticipation for the brand’s future endeavours in a statement, “It’s quite exciting: It’s a new activity, with all the risks that involve… It’s a big market that’s already full of strong players, and therefore we have to find our place in it”. The beauty range will launch in 2020.

A garden of dreams #UnJardinSurLaLagune

French Connection is re-releasing their iconic slogan apparel FCUK. Sold exclusively at Urban Outfitters the collection will include unisex t-shirts, sweatshirts and other apparel with a myriad of slogans. The UK label began using their prolific initialism for advertising campaigns in the late ’90s and early ’00s.

Stephen Marks, the French Connection founder says that the “timing is right to bring this back and introduce it to a new generation that shares this attitude and energy… They are edgy and fiercely unique.”. The French Connection exclusive launches at Urban Outfitters on April 4.

Chanel Releases a Collab with Pharell

The French fashion house, Chanel, and musician, Pharrell, have released their latest collab in Seoul. Named “Chanel Pharrell” the capsule collection is currently sold exclusively at their new flagship store in South Korea, and includes a bathrobe, t-shirts, shopper bags and other apparel.

In a video shared before the release, Pharrell said that he “loves and celebrates individuality”, and the inspiration relates to gender-fluidity, Akira and the importance of Chanel’s legacy. While the collection is currently only available in Seoul’s flagship store, it hits stores globally on April 4.

Mercedes-Benz Fashion Week Australia has released its schedule for this year. The 2019 lineup includes names such as Alice McCall, Lee Matthews, Bec & Bridge and Aje, who are showcasing their resort 2020 designs.

This year, Aussie label Alice McCall is set to celebrate their 15th anniversary at MBFWA; “Launching the label on schedule at MBFWA in 2004 was a momentous occasion. To be showing again in our 15th year is something quite special,” McCall says. MBFWA will take place in Sydney’s Carriagworks from May 12-18.

Just three years on the scene and urban streetwear label @p.e.nation has made an impact for its simple, bold aesthetic. ⠀⠀⠀⠀⠀⠀⠀⠀⠀ You’ll get two chances to check out the latest collection from Pip Edwards and Claire Tregoning – once during #MBFWA and again at the closing show of #MBFWE || @MercedesBenzAU. ⠀⠀⠀⠀⠀⠀⠀⠀⠀ Get your fashion week tickets via the link in our bio.

LVMH Prize has unveiled their eight nominees for their Young Designer’s award, and for the first time, designers from Nigeria, Israel and South Africa have made it to the finals. A majority of the finalists have also incorporated a sustainable edge to their designs; “Most of the finalists have integrated upcycling in their sourcing strategy,” says Delphine Arnault, LVMH’s executive vice president.