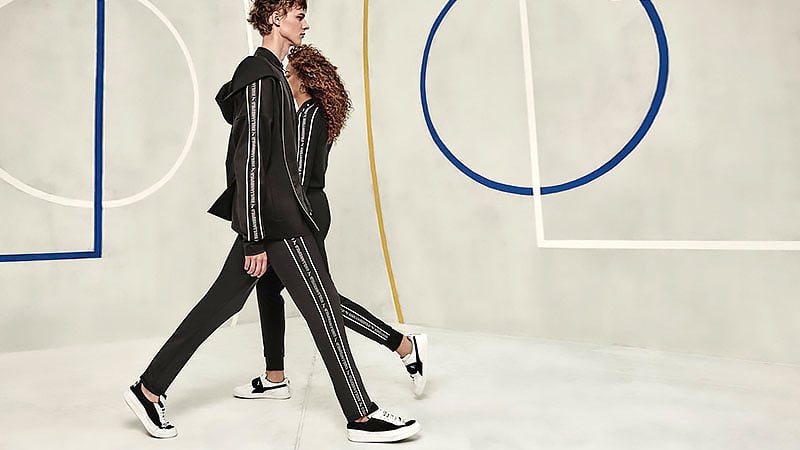 This week in fashion, Balenciaga is being sued for copyright infringement, designer fashion label Coach goes fur-free, Gigi Hadid and Kendall Jenner are confirmed for the 2018 Victoria’s Secret Fashion Show, and Puma reveals its Karl Lagerfeld collection. Find these stories and more as we reveal the top international fashion news of this week.

Balenciaga is Being Sued for Copyright Infringement

Almost two months after Balenciaga was sued for copyright infringement over its New York tote, the company has again found itself in trouble over its new leather tree-shaped key rings. CAR-FRESHENER Corporation, the company that owns the rights to Little Trees Air Fresheners is suing Balenciaga as they feel the label has once again stepped over the somewhat blurry line of appropriation.

The key rings in question look unquestionably similar to the widely known air fresheners and are also available in the same colours — green, black, blue and pink. CAR-FRESHENER Corporation claims that customers may get the two confused.

Bloop!! #Balenciaga is being sued by #LittleTrees for copying its trademarked car freshener tree silhouettes to create a $270 leather key chain. The cost of the Little Tree scented paper version? $1 ???

Coach has become the latest fashion label to move away from fur. The brand has recently announced that it will no longer use animal fur in its collections, falling in line with numerous major houses to have made the same move over the past year.

“The decision to go fur-free is a truly meaningful milestone for the brand,” said Coach President and CEO Joshua Schulman in a statement. According to Schulman, the new approach is part of a more general ethical and sustainable approach the label announced plans to adapt back in 2015.

In celebration of the original Puma Suede’s 50th anniversary, the brand has partnered with Karl Lagerfeld on a 13-piece capsule collection complete with everything from both a women’s and men’s range of T-shirts, tracksuit pants and jackets to unisex suede sneakers. The collection also features a shoulder bag, a cap and a backpack.

Classic style with a sophisticated aesthetic.#KARLxPUMA.

After missing the Victoria’s Secret Fashion Show in 2017, Gigi Hadid and Kendall Jenner are reportedly confirmed to return to the runway in 2018. While their friend and sister Bella Hadid walked the 2017 runway, both Jenner and Hadid skipped the proceedings.

Can’t wait to see this beauty @kendalljenner strutting in my shoes for the @victoriassecret fashion show… less than a month away!!!! #fashion #angel #victoriasecretfashionshow #victoriassecret #sexy #brianatwood #glamour #sickshoes #nyc

The 2018 Fashion Awards Nominees Have Been Announced

The nominees for the 2018 Fashion Awards have been revealed ahead of the December 10 ceremony to be held at London’s Royal Albert Hall. Among the well-known names on the list, many have received their first nominations. Marine Serre, Richard Quinn and Sofia Prantera for Aries have all been recognised. Newcomer Adut Akech joins previous nominees Bella Hadid, Adwoa Aboah and Winnie Harlow in the Model of the Year category.

Waking up to the best news ever, I’ve been nominated for Model Of The Year for the @britishfashioncouncil. I’m so humbled, grateful and proud of this nomination. Never in a million year did I ever see this coming my way. This year has without a doubt been the best year of my career and throughout working my ass off the thought of being nominated or even getting Model Of The Year never crossed my mind. I would like the thank all my family, close friends and fans for continuous support. Once again a big thanks to all my agents who have worked so hard for me and with me this year. But most importantly a huge thank you to all the designers, photographers, stylists, makeup artists, hairstylist and magazines who have worked with me to create the most beautiful images and memorable moments im going to cherish for the rest of my life. All that I have achieved this year wouldn’t have been possible without any mentioned above. Congratulations to all the other models nominated and good luck to each and everyone of you. ❤️❤️❤️