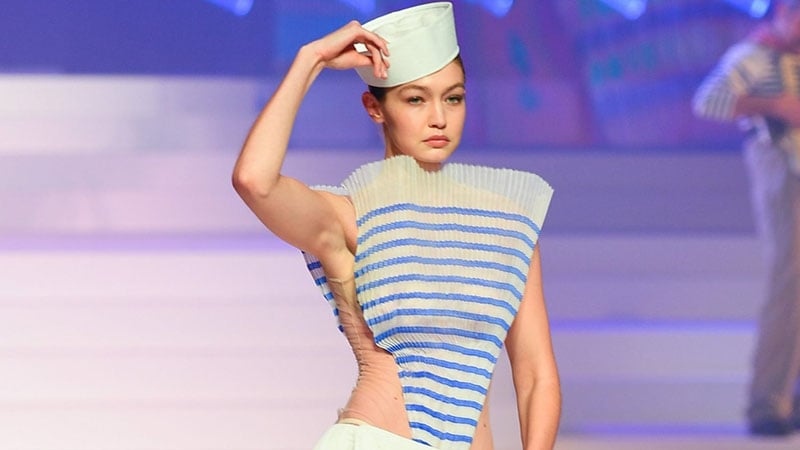 This week in fashion, Jean Paul Gaultier celebrates his final couture show, and Maison Margiela collaborates with Reebok. Find these stories and more as we uncover the top international fashion news of the week.

Balenciaga is planning to return to couture after 52 years. The luxury fashion house shut down the couture side of the brand when Cristóbal Balenciaga closed the atelier in 1968. Last year, the designer hit the $1 billion mark and was re-launching the style to be more innovative. In its early days, the label was renowned for its couture designs and defined an era of elegance and sophistication.

“For me, couture is an unexplored mode of creative freedom and a platform for innovation,” explained Demna Gvasalia, artistic director at Balenciaga. “Couture is above trends. It’s an expression of beauty on the highest aesthetic and qualitative levels.”

#BreakingNews @Balenciaga was founded in Spain in 1917 by Cristóbal Balenciaga, a master couturier considered as one of the very best. Now 52 years later, the fashion house is going back to its roots and heading back into the world of couture, a decision explained by its creative director, Demna Gvasalia : “Haute Couture embodies the house’s very soul… it is outside of trends and is an expression of beauty at the highest level of aesthetics and quality”. #BalenciagaCouture

Maison Margiela is collaborating with Reebok on a collection of chunky sneakers. The design blends the two brand’s most recognizable pieces. From the sports brand comes the Instapump Fury and from the French fashion house, the split Tabi toe. The former debuted in 1997, while the iconic split-toe from the French designer made its first appearance in 1988.

“The shoe builds on Maison Margiela’s analyses of the conversation between humanity and technology in the digital age,” said Maison Margiela in a statement. “Employing the technical inventions of Reebok, it is a statement shoe for the age of the cyber-industrial revolution.” The shoe varies in six colors and will be available in a flat and heeled version, dropping in the F/W20 season.

Jean Paul Gaultier has hosted his final couture show in the Théâtre du Châtelet,  Paris. The runway was a ‘party,’ including stars such as Dita von Teese, Bella Hadid, Boy George, Debbie Harry, and many others. There were 230 outfits throughout the show, recycled out of old collections. The French designer, in addition to his retirement, is celebrating his 50h anniversary in fashion.

Gaultier is renowned for his sculptural and figure-hugging pieces, famously creating Madonna’s cone bra during her Blonde Ambition tour of 1990. Among the celebrities at the final runway included designers, Christian Louboutin, Isabel Marant, Mary Katrantzou, and Christian Lacroix. “It’s going to be quite a party with many of my friends, and we’re going to have fun until very, very late,” Gaultier said.

Robert Rodriguez is the new Chief Creative Director of Halston. The New York label, which had a massive surge in the ’70s, and became the disco designer of the decade. Roy Halston Frowick, the late designer of the brand, was known for his clean and minimalistic pieces. Celebrities such as Angelica Huston, Liza Minelli, and Farrah Fawcett.

“I always thought Robert Rodriguez was the perfect choice for leading the Halston brand,” said Andrea Scoli, President of Halston. “Having worked with him for so many years, I truly felt that his aesthetic and vision for Halston would be an asset to us in supporting our future growth.”

Introducing Robert Rodriguez, our Chief Creative Officer. Follow our story as we gear up for a new decade of HALSTON.