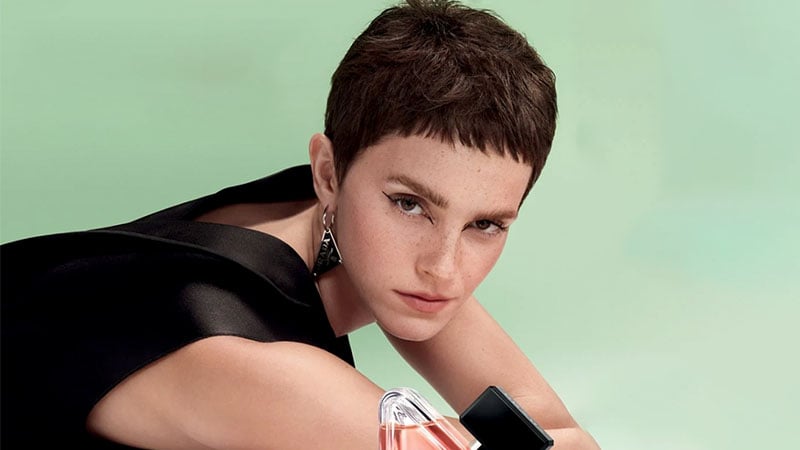 Linda Evangelista is the face of British Vogue’s September issue, and Hanae Mori dies at 96. Stay up to date with the top international fashion news stories of the week.

Japanese couturier, Hanae Mori, has died at 96. Considered one of the most influential designers from Japan, she is one of only two to feature their collections in Paris and Milan. Nicknamed Madame Butterfly, she often blended Eastern and Western influences with butterfly motifs and kimono-inspired silhouettes. Her pieces were worn by the likes of Grace Kelly and Nancy Reagan – she also designed costumes for Japanese Noh and Kabuki theatre. “Fashion is something that pushes you, gives you [the] courage to spread your wings, and allows you to have adventures,” she said earlier in the year about the fashion industry.

Ted Baker has a new owner – Authentic Brands Group. The Group, which owns brands such as Reebok, Forever 21, and Juicy Couture, acquired the business for $254 million. “We are excited to build on the brand’s global foundation through a business model focused on licensing, wholesale, retail, digital and strategic marketing partnerships,” said Jamie Salter, CEO of ABG. The Ted Baker brand is ‘highly regarded’ and has a lot of potential for future growth, he continued.

The Linda Evangelista comeback continues! The supermodel is the face of British Vogue’s September issue. This is the first editorial feature since announcing her lawsuit against CoolSculpting for her botched procedure. Steven Meisel photographed the shoot, with styling by Edward Enninful OBE. It features monochromatic neck scarf and hat combinations from designers including Fendi, Richard Quinn, Chanel, and Alexander Vauthier.

The makeup artist for the shoot was Pat McGrath, who applied tape and elastics on her face. “That’s not my jaw and neck in real life—and I can’t walk around with tape and elastics everywhere,” she said. “You know what, I’m trying to love myself as I am, but for the photos…I always think we’re here to create fantasies. We’re creating dreams. I think it’s allowed. Also, all my insecurities are taken care of in these pictures, so I got to do what I love to do.”

Emma Watson is the New Face of Prada Fragrance

Emma Watson has made her directorial debut and is the new face of Prada’s fragrance campaign. The actress and activist wears an orange dress, a white Prada earring, and a pixie cut. Another shot features a mini skirt, a white turtleneck, and a brown sweater. In a post on Instagram, she explained how she landed the chance to direct the shoot. “When Prada asked me to be the face of their new fragrance campaign, I asked if I could direct it,” she said. “Months later, and I’m able to share the results of the faith they shared in me with all of you. I can’t wait to share this piece of my art and hope that you enjoy it as much as I enjoyed making it.”