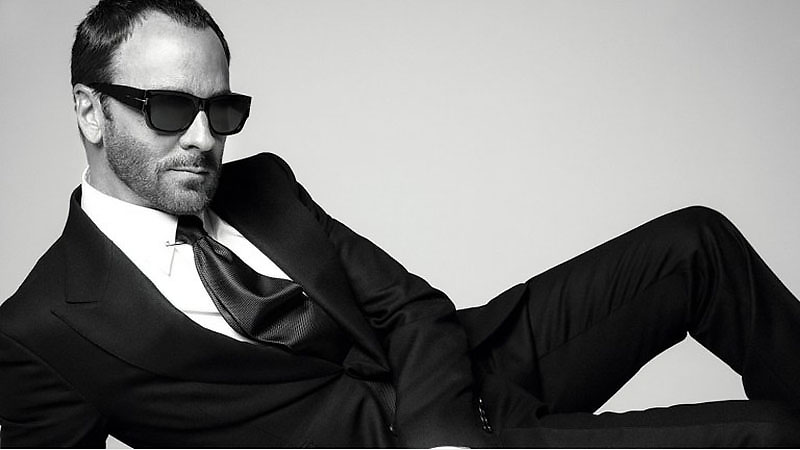 This week in fashion, Tom Ford is creating a skincare range, Jackson Wang releases a capsule collection with Fendi, and Barneys may go into liquidation. Find these stories and more as we uncover the top international fashion news of the week.

Barneys New York is considering bankruptcy due to high rent and falling sales. The department store opened in 1923 and is known for its luxury clothes and designer labels. In 1996, it filed for bankruptcy, but the company found another investor to keep it running. The store has not made its final decision, but it’s possible that this time, it will close permanently. Barneys did not comment regarding its closure.

Barneys New York Inc is exploring options that include a bankruptcy filing, as it struggles with high rents and changing consumer tastes, according to people familiar with the matter. The nearly 100-year-old retailer, known for its high-end designer collection, is working with law firm Kirkland & Ellis LLP to prepare for a potential #bankruptcy filing that could happen in the coming weeks. #Barneys has not yet made a final decision on whether or not to seek bankruptcy protection, and is weighing other possible solutions for addressing high rents that are straining its business. Sources have stated that filing for bankruptcy would be one option to deal with expensive leases. The retailer's flagship department store on Madison Avenue in #Manhattan has weighed on its finances. Should it file for bankruptcy, Barneys would be one of the most high-profile victims of the downturn in retail, and underscore how even luxury department stores are not immune from fierce competition with e-commerce firms such as Amazon.com Inc. Other retailers including, Sears Holdings Inc, Toys "R" Us Inc and Gymboree Group Inc have also filed for bankruptcy in roughly the past year. In addition to its upscale department stores, Barneys operates BarneysWarehouse outlets, as well as Freds restaurants. In all, Barneys has 28 locations, according to its website. Its most prominent locations include Beverly Hills, California; Chicago; Seattle; Boston; San Francisco; and Las Vegas. ✒️: @reuters ?: @gettyimages

Taco Bell is Releasing a Line of Sunglasses

Taco Bell is releasing a line of sunglasses in collaboration with Diff Charitable Eyewear. The collection will feature designs inspired by the food chain, including the logo and packets of hot sauce. Diff Charitable Eyewear is a company that ‘[gives] the gift of sight’ by offering eye exams, medicine, surgery and glasses to those in need.

This collection includes five pieces, including a pair that says ‘HOT’ and the hot sauce print, among others. “You know the feeling when you pull your first taco or crunch wrap out of the bag, pour an entire packet of hot sauce all over it, and close your eyes as you take your first bite,” said Diff Founder, Chad Jernigan. “That incredible tingly feeling is something that a huge percentage of the US population can relate to. When we were looking for a partner to make a big splash with this summer, Taco Bell constantly came up as a brand that is both energetic and free-spirited, and perfect for this collection.”

? Cue the flames ? Our most-wanted styles just got a sauce packet makeover with a little help from @tacobell. ? #DIFFxTacoBell is now served! Shop the new collection with link in bio. Don't miss out on this fire collab!

Tom Ford is releasing a line of skincare, as well as a research lab – Tom Ford Research. The designer has been working with scientists for the past three years to create a scientifically-proven range of serums and moisturisers. Ingredients include caffeine, white porcelain cacao and Japanese green tea.

“I wanted to start a serious skin-care arm and have it be science-based. This is a real skin-care product and regimen. I’m not a designer who has thrown his name on a beautifully packaged cream,” Mr Ford said. The line is set to release in August.

@TomFord is getting serious about skincare with the launch of Tom Ford Research.⁣ ⁣ “I wanted to start a serious skin-care arm and have it be science-based,” said Ford. “This is a real skin-care product and regimen. I’m not a designer who has thrown his name on a beautifully packaged cream.” ⁣ ⁣ The primary ingredient in the line is caffeine, including white porcelain cacao which comprises less than one percent of all of the cacao plants in the world, Ford said, and gyokuro, a Japanese green tea. ⁣ ⁣ Tap the link in bio for more. ⁣ ⁣ Report: @jennybefine . . . . #wwdbeauty #tomford #tomfordresearch

Jackson Wang to Release a Collaboration with Fendi

Jackson Wang is releasing a capsule collection with Fendi. The Hong Kong rapper and member of K-Pop group, Got7 will also be the fashion house’s ambassador for China. The line includes apparel, shoes and accessories in monochrome shades, including a suit, jumpers and T-shirts. In celebration of the launch, Fendi hosted an exhibition in collaboration with the artist, Oscar Wang. Hosted in Chengdu, China, it included a giant panda clad in the brand’s logo inside a glass cube, wearing the iconic Baguette bag. The Fendi x Jackson Wang collection launches on July 20th.