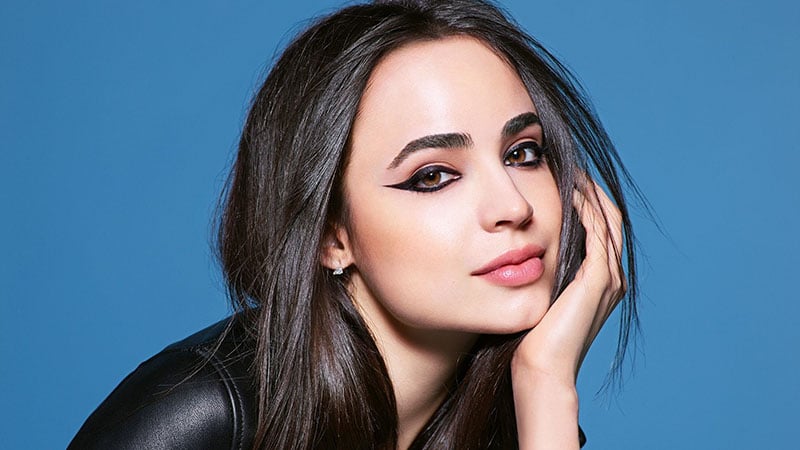 This week in fashion, Jean Paul Gaultier will retire from his label, and Hermès is entering the beauty industry. Find these stories and more as we uncover the top international fashion news of the week.

Sofia Carson is the new ambassador for Revlon. The actress and singer joins elite models Ashley Graham and Adwoa Aboah. Her campaign includes the ColorStay foundation, Super Lustrous Lipstick, and ColorStay Eyeliner. “It is an honour to be an ambassador for such an iconic and historic brand like Revlon,” Carson explained. “I think using my platform is my biggest responsibility as an artist and as a woman in this world, so to be a part of a company that truly stands by that is an honour.”

Jean Pual Gaultier has announced his last Haute Couture show. Celebrating 50 years in the industry, the French designer will retire from the fashion industry. He will continue his fragrances and high-end collections, but he will no longer create the pieces himself. “Now I am going to give you a scoop. It will be my last couture show. You have to come, you can’t miss that… but, but, but, I assure you, Gaultier Paris will go on, the haute couture will continue,” Gaultier explained. “I have a new concept. I will tell you about it later, all the little secrets. To be continued! Kisses, kisses.”

The 67-year old ceased creating ready-to-wear clothes in 2015 to focus on Haute Couture. In 2018, he launched a cabaret show based on his life story named ‘Fashion Freak Show’ in the Folies Bergere theatre in Paris. The Haute Couture shows will continue with a ‘new concept’. Although there is no exact certainty of what the designer will do, a representative said he would be back.

This show celebrating 50 years of Jean Paul Gaultier’s career, will also be his last. But rest assured, Haute Couture will continue with a new concept.

Opening Ceremony will be shutting down all of its stores, reports say. The fashion retailer currently has stores open in New York, Los Angeles and Japan, of which all will cease operation by the end of 2020. “t’s incredibly emotional for us to announce today that we will be closing our Opening Ceremony retail locations sometime in 2020,” said the founders Carol Lim and Humberto Leon. “We’ve made a decision to focus on growing Opening Ceremony collection and brand…Our brand takes the beautiful spirit of experimentation, fun and collaboration embodied in our stores and imbues this energy into the clothing we make.”

Dear Opening Ceremony Family, We welcomed our first customers into Opening Ceremony at 35 Howard Street on Sept 1, 2002, a year after downtown New York was changed forever by the destruction of the World Trade Center. We wanted to send a message of love to New York with our company and our big idea to change the way a retail store had been done before. Our dream to connect people from all over the world with positivity, to create a vibrant and inclusive community through self-expression is embodied in the name Opening Ceremony and the idea from where it came, the Olympics. When we began, we took our modest savings and asked our friends to sell their clothes at our store in an area of Soho that had not yet been developed. Brilliant young designers like United Bamboo, Benjamin Cho, Proenza Schouler, Alexander Wang, Rodarte and AsFour were juxtaposed with designers from Hong Kong and Brazil who had never sold before in the US. We also made our own first pieces to sell, a diamond sweatshirt at first, which, by wearing it, became a shorthand for “I shopped at Opening Ceremony”. The store became a hangout and a meeting place for so many different visitors and locals who came by to find out what was happening in New York, because you could always get the scoop when you shopped. Opening Ceremony has expanded and evolved in countless ways since those first years in business. We’ve grown our own collection, starting from the platform of our first store, into a global Opening Ceremony brand for which we’ve held some of the most ambitious experiential fashion shows imaginable. At the same time, Opening Ceremony stores have been home to remarkable staff, customers and creative people where the wildest experiments in retail have taken place. Our stores in New York, Los Angeles, London and Tokyo have connected people from around world together and brought so much joy into our lives and to the lives of those who have come through our doors.

Hermès is launching its first line of lipsticks inspired by their iconic Birkin bag. This is the first venture into beauty for the French luxury label, which goes back 183 years. To remain sustainably friendly, the packaging is free from plastic, and the brand will offer refills of the shades. There are 24 different colours to choose from, in both matte and satin finishes. Prices for the product sit at $67, and the refills are $42. The collection will debut in March, and the fashion house plans to unveil new beauty goods every six months.

Yes please. For the first time in its 183 year history @hermes is in the makeup business with the launch of Rouge Hermès. The range of lipsticks inspired from an archive of 75,000 silk swatches and 900 leather shades. The packaging is plastic free made from the same metals used for its handbag hardware and refillable. Hermès plans to launch a new cosmetics category every 6 months for the near future. . . #hermeslipstick #beautylaunch #plasticfree #refillable #beautybusiness #beautymatter #lipstick