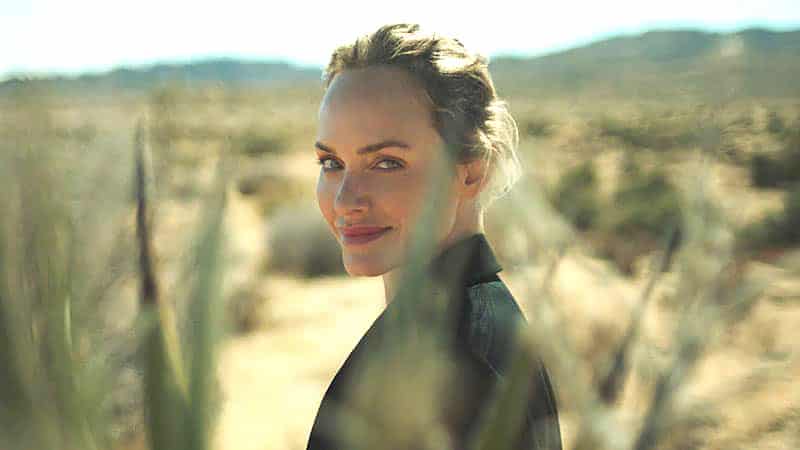 Is there a Fendi and Skims collab in the works? Amber Valletta added another role to her resume, and Tommy Hilfiger has won the Superstar and Lifetime Achievement Awards. Stay up to date with the hottest international fashion news of the week.&

Rumors are swirling – is Fendi working on a collaboration with Kim Kardashian’s Skims? Images were shared on Instagram by a UK-based personal shopper, @connie_personal_shopping, showcasing the predicted pieces. These include a series of white and orange stretch knit dresses and twin sets with Fendi logos embossed all over. It isn’t the first collaboration under Kim Jones’ belt. Fendi recently debuted its collaboration with Versace – Fenadace – at the end of Milan Fashion Week. While there has been no confirmation from the Italian fashion house or the shapewear company, the Skims x Fendi collaboration is expected in November.

Amber Valletta is the new Sustainability Ambassador for Karl Lagerfeld and she will work on ‘product initiatives and its overall sustainability journey.’ She is currently the Sustainability Ambassador at the Fashion Institute of Technology and is the Contributing Sustainability Editor for British Vogue. “It feels like a wonderful and natural homage to Karl, as he was such an innovator himself,” she said. “For me, it will always be innovation and creativity that solve fashion’s challenges in this sector.”

In April, Valletta collaborated with the brand on a sustainable collection using cactus leather and environmentally sourced materials. “[Amber] will greatly help us to explore new and innovative ways to drive change together and make a true impact,” said Pier Paolo Righi, CEO of Karl Lagerfeld.

Tommy Hilfiger has won the Superstar and Lifetime Achievement Awards at the Fashion Group International’s Night of Stars. Model, Jasmine Sanders, praised the designer for his diversity. “Everybody thinks it’s a big fun thing to be inclusive now,” she said. “But this is a man who really started it and opened doors for people and really gave us a stage to walk on and to be us.” Other winners of the night include Norma Kamali, Gabriela Hearst, and Oscar de la Renta’s Fernando Garcia and Laura Kim.

Samuel Gui Yang is the winner of the Hu Fashion Forward Prize, which celebrates leaders in Chinese fashion. His pieces are gentle and elegant interpretations of traditional Chinese tailoring, he walks away with a $77,600 prize, and the four runner-ups will take home $23,300. “I’m really excited about this prize,” Yang said. “I always imagine a woman that has an Asian face, but she’s global, she has fluidity…someone who enjoys herself.”

The event aims to give designers in China a voice in the fashion industry, said Eric younger, Founder of LMDS and the HFF Prize. “I hope that the prize can help give China a voice, and it can represent something fresh,” he said. Finalists must produce at least six collections to be considered for the prize. Other winners included Louis Shengtao Chen for the New Ahead Prize, Xiang Gao for the China Ahead Prize, and Lengthy Ziwei for the ACC Ahead Prize.