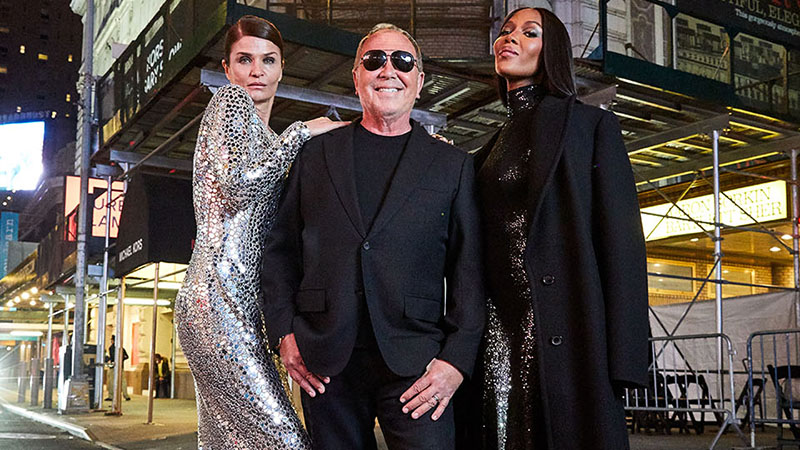 Beyoncé and Jay-Z are the new faces of Tiffany & Co., and Adidas is selling Reebok for $2.5 billion. Stay up to date with the latest international fashion news stories of the week.

Adidas is Selling Reebok for $2.5 Billion

Adidas is selling Reebok in its entirety for $2.5 billion to Authentic Brands Group (ABG). The German retailer initially acquired the brand for $3.8 billion in 2005, approximately $5.3 billion today. At the time of acquisition, Adidas planned to develop a partnership against its largest rival, Nike, but this plan soon fell apart.

ABG currently owns retailers like Barneys New York, Forever21, Aéropostale, and Sports Illustrated Magazine. “We’ve had our sights set on Reebok for many years, and we’re excited to finally bring this iconic brand into the fold,” said Jamie Salter, the Founder of APG. “We are committed to preserving Reebok’s integrity, innovation, and values – including its presence in bricks and mortar.”

Michael Kors is celebrating 40 years in the fashion industry with a reimaged collection – MK4 Reissue Capsule. The designer has selected 15 of his favorite archival pieces, including a red patent leather coat, gold trench coat, blazer mini dress, and gold gown with paillette hand embroidery. Inside each garment is a QR code, which unlocks exclusive content and the history behind the item. The accompanying campaign takes place in the Theatre District of New York, with famous faces like Naomi Campbell, Bella Hadid, Adut Akech, and Ashley Graham.

Beyoncé & Jay-Z are the New Faces of Tiffany & Co

Tiffany & Co have tapped power couple Beyoncé and Jay-Z as the face of its new campaign. They will work alongside Anya Taylor-Joy, Tracee Ellis Ross, Eileen Gu, and BlackPink’s Rose with a new slogan, ‘Not Your Mother’s Tiffany.’ LVMH acquired the brand in early 2021 and is undergoing a major rebranding to attract a younger audience. The brand has since enlisted the likes of Tracee Ellis Ross and BlackPink’s Rose as faces of the company.

Frank Ocean is launching his own luxury brand, Homer. The singer, rapper, and producer is creating an exclusive jewelry store, which will be available by appointment only. In an interview with the Financial Times, he explained that he developed an interest in jewelry making and has been working on the collection for over three years. The pieces themselves are expensive, with prices starting at $230 and ending at $1.8 million. One of the items includes pink and white diamonds and retails for $471,900. “Homer is considered the father of history, and history is meant to endure–the same as diamonds and gold–and I know Homer used papyrus, but I’ve always liked the idea of carving history into stone,” he said about the brand’s name.