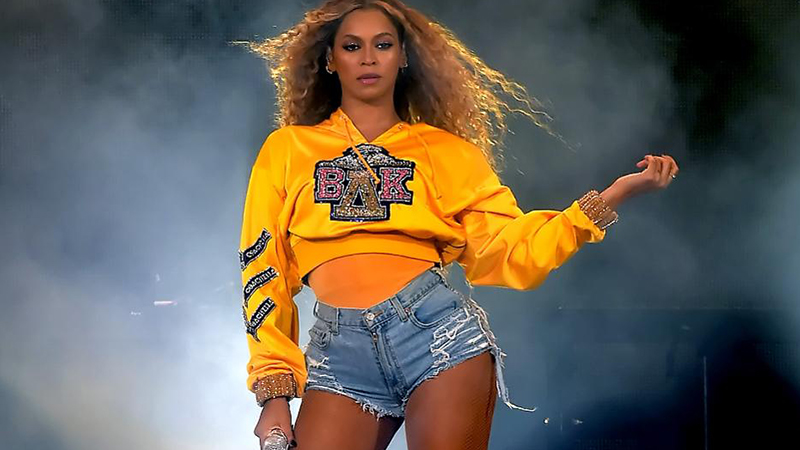 This week in fashion, Melbourne Fashion Week reveals ambassador and releases full program, Elyse Knowles is the new face of Davidoff, Beyoncé and Balmain are teaming up for a Coachella collection. Find these stories and more as we reveal this week’s top international fashion news.

Everyone’s favourite policewoman Pia Miller has been dubbed as this year’s Melbourne Fashion Week Ambassador. However, this is not the first time the Home and Away actress will grace the runways of MFW, she walked in the event’s fashion shows almost a decade ago. She has also dabbled in modelling, shooting for brands GHD and Caltrate vitamins.

Best known for her roles as Constable Katarina Chapman, this is her first major move since she wrapped up filming Home and Away earlier this year. The Aussie beauty announced the news via Instagram, sharing a picture of herself at Melbourne Town Hall with a caption which read, “So excited & honoured to be back in #Melbourne representing @melbfashionweek as its official 2018 Ambassador. Thank you to my amazing team for such a great day.” The 24th annual fashion week kicks off in August 31st and will boast a program of more than 150 events. They also just dropped the full program of events. Some of Australia’s top labels will showcase their newest collections at Melbourne Town Hall, Degraves Underpass, and Union Lane. While streetwear pop-ups, 3D-printing workshops, and even drag shows will continue the fashion invasion across the city.

Block babe Eleyse Knowles continues to kick career goals nabbing a spot as a Global Ambassador for Davidoff Parfums. The model dropped news via Instagram with a sneak peak of the campaign video. She can be seen catching a few waves while looking effortlessly stunning on the beach. A very fitting shot for the perfume brand’s newest fragrance adeptly named Cool Water.

Davidoff has released a few videos for the campaign, which show Elyse challenging Scott Eastwood in the surf. You may know him as Clint Eastwood’s son, or Taylor Swift’s Wildest Dream’s video co-star. This is just the latest coup for the Elyse who earlier this year became the face of Seafolly Australia.

ITS FINALLY HERE ???Something I’ve been waiting a whole YEAR to tell you all!!! So excited to share that I am the new global ambassador for @DAVIDOFFPARFUMS ‘Cool Water‘ Fragrance ??? Here is a little snippet of what’s to come and stay tuned to see an epic campaign and TVC that was shot in Tahiti with a team from around the world. Oh, and a male ambassador you will all know and love!! ??#davidoffcoolwater #catchthewave #davidoffparfum

Beyoncé is Dropping a Coachella Collection with Balmain

On the back of the sizzling and hugely successful, Beychella collab, Beyonce is gifting festival goers yet another collection with Balmain. Bay and Balmain designer, Oliver Rousteing teamed up for charity for a special post-Coachella line, which launched in July 13th.

The three-piece range includes the iconic sweatshirts Beyoncé wore on stage, coming in colourways of pink, yellow and black. Proceeds are going towards the United Negro College Fund. This follows Beyoncé’s donation of $100,000 to four historically-black colleges after Coachella this year. The collection is available now in Balmain’s Paris flagship store and online at Balmain and Beyoncé.

BALMAIN X BEYONCÉ • "It's not often I get to partner with someone that I so highly respect and from whom I can learn so much. Our three months of meetings, rehearsals, face-timing, & endless phone calls definitely paid off."@olivier_rousteing on working with @beyonce. EXCLUSIVE PREMIERE AT BALMAIN'S PARIS FLAGSHIP ‪44 RUE FRANÇOIS 1er, JULY 13, 7:00-9:00 PM‬ • LAUNCHING WORLDWIDE ‪JULY 14‬ @ BALMAIN.COM‬ • #BALMAINxBEYONCE

Aussie Swimwear label Seafolly has launched their “Fit is a Feeling” campaign. It aims to help women everywhere to feel good about their bodies. The editorial shows women of all shapes and sizes. Customers can view detailed videos designated by body-type on the site, as well as full descriptions of each suit’s coverage level. The brand hopes to give women a site that isn’t “one size fits all” where users can shop online and click their way to body confidence.

@raerodriguez_ – “If there’s 3 things I feel in Seafolly its, comfortable, happy, and excited! A day spent in a bikini is always a good time.” #fitisafeeling #seafolly