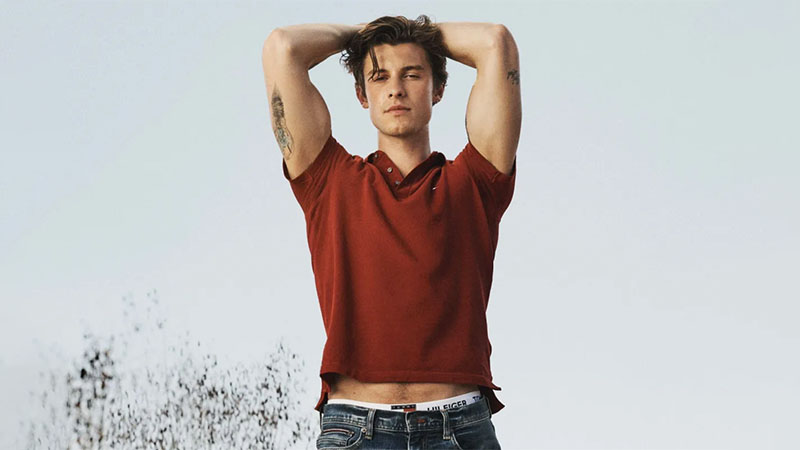 Anthony Hopkins is the new face of Loewe, and Tommy Hilfiger taps Shawn Mendes for a new campaign. Find these stories and more as we discover this week’s top international fashion news.

Shawn Mendes is collaborating with Tommy Hilfiger on a new collection. As the face of the 2022 Summer campaign ‘Classics Reborn’ – a collection made from entirely sustainable materials. The singer will also wear more eco-friendly pieces while on his tour, scheduled from June to October as part of the collaboration. The brand will donate $1 million to offset the environmental damage from the tour.

“Shawn’s not only a multitalented musician — he also represents a new generation of Futuremakers who understand the need for action,” read a statement from Hilfiger. “By joining forces with Shawn to learn, share and innovate, we can build upon what we’ve already achieved and take our sustainability journey to the next level. While we recognize we still have a long way to go, together we can build even more awareness to make a positive, lasting impact.”

Loewe is channeling stars of all ages in its latest campaign, tapping Kaia Gerber, Jessie Buckley, and Anthony Hopkins, among others. Shot by Juergen Teller, it shows a series of obscure imagery, with bathtubs and vintage hairdryers as props. The Welsh actor stands in front of a brick wall, showcasing one of the designer’s tote bags, wearing a pair of tracksuit pants and a gray sweater covered in donuts. “The one and only Anthony Hopkins,” wrote Jonathan Anderson, Creative Director of Loewe.

Euphoria Star is the New Face of SSENSE and Versace Campaign

Chloe Cherry, famous for her role as Faye in Euphoria, is the new face of SSENSE and Versace’s SS22 campaign. The story’s focus centers around the label’s accessories, including its footwear and bags. The shoot takes place in an office with heavy machinery, with clones walking around her. Donning the latest pieces from the SS22 collection, including Greca Athletica socks, tweeds suits, and black crop cardigans.

Camilla and Marc to Raise $1M for Ovarian Cancer

Australian label, Camilla and Marc, are campaigning to raise $1 million for ovarian cancer research. The campaign ‘Ovaries. Talk About Them’ is running for its third year, encouraging discussions with women about reproductive health. Proceeds from the limited edition collection will go to funding early detection tests.

“Ovarian Cancer is the deadliest female cancer – yet still, there is no test,” said Camilla Freeman Topper, Creative Director. “Women deserve a test. My mother passed away 28 years ago, and statistics have barely changed, largely due to funding and awareness. Through this bold campaign, we are driving a new conversation for ovarian cancer so that women can feel confident to talk about their bodies, and rightly claim what they deserve as a basic healthcare right.”