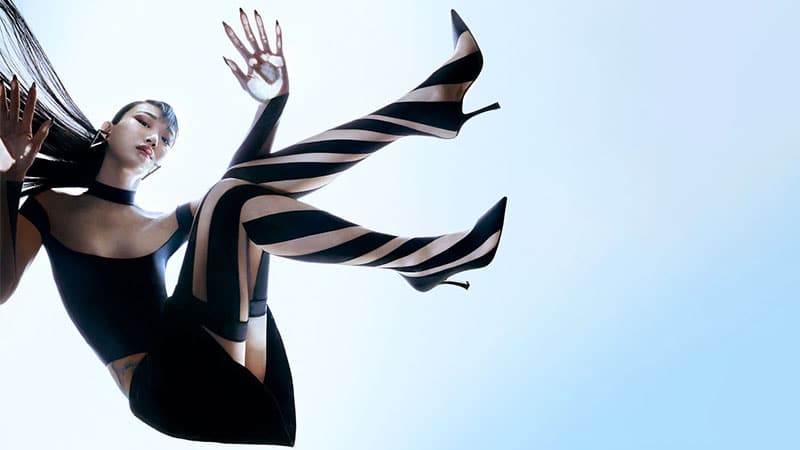 Barbie Ferreira is the new face of YSL Beauty and New York Fashion Week begins with a bang. Stay up to date with the latest international fashion news stories of the week.

The schedule for Paris Fashion Week has arrived and it is showcasing 95 houses, 45 of which will be in-person shows – only 13 shows will be digital. The FW22 lineup includes the staples, including Vivienne Westwood, Dior, Louis Vuitton, Marine Serre, and Balenciaga. Louis Vuitton and Off-White will present their first shows following the death of Virgil Abloh – the latter will pay tribute to the late designer in a presentation.

This year, The Row – owned by Mary-Kate and Ashley Olsen – will showcase their collection for the first time since 2016. The runway will be exclusive to clients only. The Vetements offshoot brand, Vtmnts, will also show its first collection, with Guram Gvasalia at the helm. The event will run from February 28 to March 8, starting with Off-White and closing with Chanel and Miu Miu.

New York Fashion Week has released its calendar for the FW22 season. Starting on February 11 and closing out on the 16th, there will be a large mix of digital and in-person shows hosted via live streaming and other digital formats. The houses showcasing their collections during the week include Brandon Maxwell, LaQuan Smith, Dion Lee, Telfar, and Peter Do. Opening on Friday, Christian Cowan The Blonds and Proenza Schouler showcased their collections, with the former showcasing a series of color-blocked separates, structured tailoring, and loose-fitting shirts.

Bad Bunny is the face of the new Jacquemus campaign. The Puerto Rican rapper stars in the photos, wearing the brand’s latest collection, Le Splash. Tom Kneller and Zoey Radford shot the campaign in Miami, with the musician lounging by the pool and riding a jet ski while wearing just a magenta puffer jacket. In other shots, he sports a pink mini dress with blue mules, a green suit, and other pieces from the collection.

This is not the last time that he will work with the brand, said the label in an Instagram post. Known for his gender-fluid fashion sense, the rapper explained that he wants to pay homage to the stars who have broken the gender barriers before him. “Because people before me have done what I do, breaking rules and pushing boundaries…But maybe I got here at the right time,” he said. “With the right force…everything aligned.”

Barbie Ferreira is the new star of YSL Beauty. The actress and model, best known as Kat in HBO’s Euphoria, stars in a campaign for the brand, wearing a pair of black leather trousers and a black bodysuit with minimal makeup. To reach the Gen Z audience, she joins the group of ‘beauty icons’ established by the label. The first product she is promoting is its Lash Clash Mascara, but will soon represent YSL’s signature fragrance, Black Opium, in a digital campaign.

“Barbie represents the brand’s vision of the future, pushing boundaries in both culture and beauty with freedom of expression at our core,” said the brand of the announcement. “We recognize her as a unique, inspired creative who inspires her community to embrace their edge and individuality.”

Jimmy Choo collaborates with Casey Cadwallader Mugler in a new capsule shoe collection. The collection celebrates female empowerment and champions feminity and includes lace-up stilettos and Mugler-esque sock boots. “Our women are strong, glamorous, and in control. Here, our women are literally the center of every image: they are the stars,” said Sandra Choi, Mugler’s Creative Director.

“There’s an inherent connection between the language of Mugler and the language of Jimmy Choo,” Choi continued. “Our roots in the 1990s, the resonance those have today with a younger generation, but the urge to update, to re-engineer and not just revive.” The capsule debuted with an event in West Hollywood, including Dixie D’Amelio, Chantel Jeffries, Megan Fox, and many others. The collection is available for purchase in-store and online.