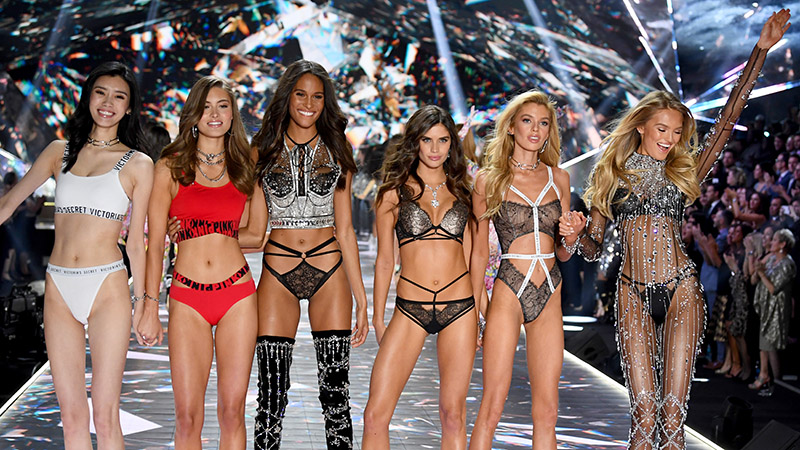 The Victoria’s Secret Fashion Show is one of the biggest moments in fashion every year, and 2018 was no exception. This year’s show featured a mix of seasoned Angels, high-profile names and a batch of newcomers. The most-followed and in-demand returning models included Gigi and Bella Hadid, Kendall Jenner, Elsa Hosk and Candice Swanepoel.

The show arrived back in New York City after spending two years abroad, with international romps in Shanghai (2017) and Paris (2016). The night marked the end of an era for one Victoria’s Secret Angel in particular. Adriana Lima hung up her wings with an emotional farewell, retiring from the fashion show.

Victoria’s Secret has more than 1600 lingerie and beauty stores worldwide and is expanding into Australia with the opening of its first full-scale, US-style flagship store in Melbourne. Up until now, Victoria’s Secret has only operated “mini” boutiques in Australia, which stock accessories, briefs and fragrances but none of the brand’s bras. The new store, which is set to open later this month, will stock the lingerie from this year’s show.

After just three seasons at the top of French fashion house Carven, Serge Ruffieux has stepped down from his role as creative director. The news comes five months after the brand filed for bankruptcy in May, before being bought by new owner, Icicle.

“Serge Ruffieux, Carven’s creative director since February 2017 will be leaving the house after three seasons of hard work and dedication,” read a media release announcing Ruffieux’s departure. “The house thanks him for his creative input and collaboration. He was in charge of womenswear and accessories.” The creative director has since taken to Instagram to thank the label, writing “I have cherished these past 18 months at Carven, a big thank you to my team; the creatives, the studio and the ateliers. I wish the house all the best.”

I have cherished these past 18 months at Carven, a big thank you to my team; the creatives, the studio and the ateliers. I wish the house all the best.

Burberry and Vivienne Westwood Reveal More Details on Their Collaboration

Vivienne Westwood and Burberry have released more details on their upcoming collaboration, which was first announced in early July. Both fashion houses took to their Instagram Stories, revealing a glimpse of what the collection of re-imaged British heritage pieces will hold. A mini kilt and lace-up platforms in the iconic Burberry check are the first pieces to be unveiled from the capsule. They also announced that the collection would be available for purchase from December 6.

Riccardo Tisci, Burberry’s chief creative officer, first let the news slip that he was planning to work alongside one of his favourite designers in an Instagram post in July. The designer shared a black and white picture of himself with Westwood and her husband/design partner, Andreas Kronthaler, writing: “Vivienne was one of the first designers who made me dream to become a designer.”

Jimmy Choo has created heated boots, and they’re available for purchase now. Incorporating wearable technology, the ankle snow boots include a heated insole that’s operated through a mobile app. The device is charged by a USB cable which is cleverly hidden. The temperature of the boots can be set from 25° to 45° C, with the heated soles lasting for up to eight hours before needing to be recharged. A shearling lining creates added warmth. The boots are available to pre-order now for men and women in black, navy and white priced at £1,250.

A boot that warms the feet seemed like the ultimate luxury, but a fundamentally practical one — after all, what could be more luxurious on a freezing day than using your phone to remotely keep your feet beautifully snug? The Jimmy Choo Voyager is a boot like no other,” said Jimmy Choo creative director Sandra Choi

The Jimmy Choo VOYAGER boot features chargeable heated soles that allow you to control the temperature wirelessly via our mobile app. Find out more at JimmyChoo.com. . . . #JimmyChoo #InstaFashion #InstaStyle