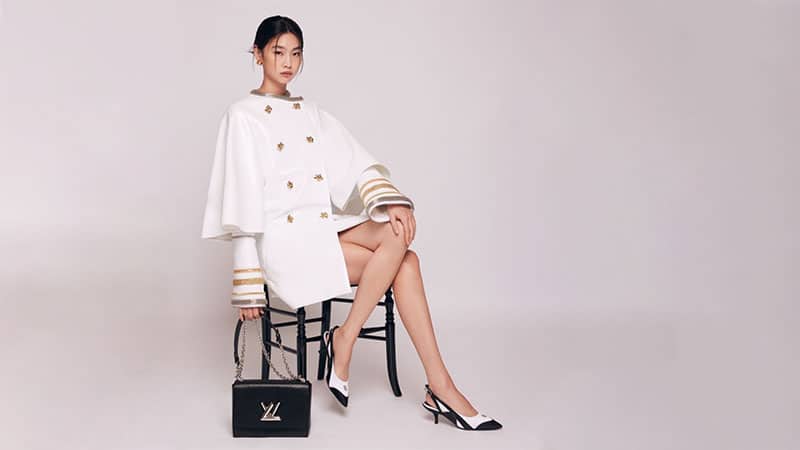 Alber Elbaz was an Israeli designer who infused his love for women with a clear talent for fashion. He held the role of Creative Director for Lanvin from 2001 to 2015, before AZ Factory in 2019. He passed away in April 2021 in the year from COVID complications at the age of 59. “Tonight’s celebration for our dear Alber was a magical moment — talents celebrating talent is a remarkable tribute to the man we all loved so much,” AZ Factory CEO Laurent Malecaze said.

Adele is fronting two covers of Vogue for November – American and British. This is the first time someone has featured on the front of two editions of Vogue at the same time, the publication said. For British Vogue, she appears in a custom Vivienne Westwood dress and dons a green Valentino gown for American Vogue. Steven Meisel photographed the former shoot, and Alasdair McLellan shot the latter.

The award-winning singer announced she would be releasing her long-awaited album after an almost six-year break. She appears in a corset dress from Dolce & Gabanna, coat by Helen Yarmak, Louis Vuitton, and Chanel throughout the cover story. “There are few artists who can captivate the world quite like Adele,” said Edward Enninful, the Editor-in-Chief of British Vogue. “In the November issue … she opens up to Giles Hattersley about divorce, body image, romance, single parenthood, and her “self-redemption” album – as she prepares to once again play havoc with the emotional wellbeing of a billion music fans.”

Stella McCartney debuted her ready-to-wear collection for SS22 with a twist. This season, she introduced mushroom leather into the equation, with a new bag called Frayme Mylo, created with an artificial leather made from mycelium, which helps form mushrooms. In collaboration with Bolt Threads, the design is based on an original from Stella McCartney’s existing collections. McCartney said that a few years ago, the technology wasn’t advanced enough to produce bags with leather alternatives. “Now we’re at the point where I feel like I can roll it out. Otherwise, I wouldn’t have put it on the runway,” she said. The remainder of her collection is the most sustainable yet, created using headstock fabrics and regenerated nylon, in the form of cut-out bodysuits, floral dresses, suits, and an energetic color scheme.

Chanel has taken inspiration from the ’80s and in its SS22 collection. Harking back to an era of Karl Lagerfeld, the collection featured some key references to nostalgia, such as back and white swimsuits, bold logos, padded leather skirt suits, tweed twin-sets, and floating printed butterflies. Of the collection, Creative Director Virginie Viard said she wanted to pay homage to the photographers of Chanel, fashion shows, and models. “I used to love the sound of flashbulbs going off at the shows in the ’80s when the models were on a raised runway,” she said. “I wanted to recapture that emotion.” Throughout the show, George Michael’s Freedom! ’90 echoed across the Place Joffre, with photographers crowding the edges of the runway, snapping pictures. Viard’s reason for this was “because fashion is about clothes, models, and photographers.”

HoYeon Jung is the New Face of Louis Vuitton

HoYeon Jung, the star of Squid Game, is the new ambassador for Louis Vuitton fashion, watches, and jewelry. She stars alongside Naomi Osaka, Eileen Gu, and Chiara Ferragni, among others. The South Korean model and actress has worked previously for Louis Vuitton, walking the runway for their 2017 RTW collection. She was launched onto the global stage as Kang Sae-byeok in Squid Game, an immensely popular Netflix series. “I immediately fell in love with HoYeon’s great talent and fantastic personality,” said Nicolas Ghesquière, Creative Director of Louis Vuitton. “I am looking forward to starting this new chapter of the journey we started at Louis Vuitton a few years ago.”