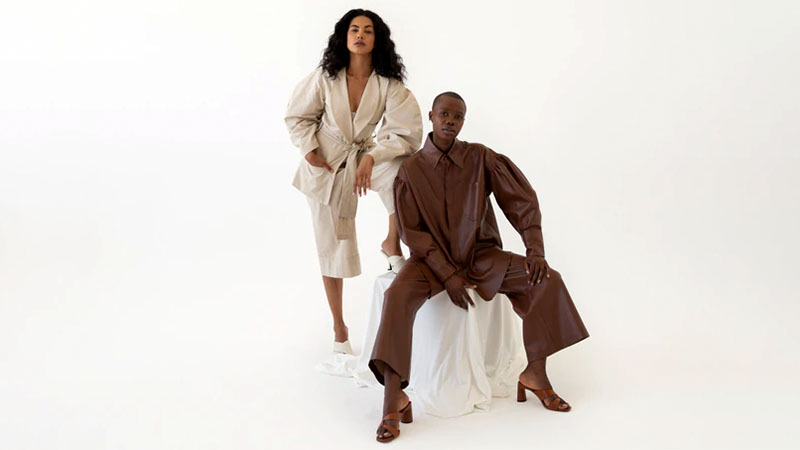 SKIMS taps ’90s supermodels for its new campaign, and the Grammy’s red carpet went viral. Stay up to date with the latest international fashion news of the week.

Farfetch has invested $200 million into Neiman Marcus Group, entering a strategic partnership to join forces and create a stronger online presence. The investment will drive further growth in the Neiman Marcus digital offering, plus innovations in technology. Moreover, Neiman Marcus and Bergdorf Goodman will partner with Farfetch’s online marketplace, combining key luxury brands for better diversification. The partnership will be completed by the third quarter of this year.

“I greatly admire the Neiman Marcus Group for its distinguished role in our industry both with Neiman Marcus and Bergdorf Goodman and also for its stellar management team, including Geoffroy and Darcy,” said José Neves, Founder, CEO, and Chairman of Farfetch. “We share the same unwavering vision for the future of luxury, with the customer at the center of all we do. This partnership is about revolutionizing the luxury landscape globally, both online and offline, by combining NMG’s iconic presence in the US and Farfetch’s Luxury New Retail vision and technology.”

The 64th Grammy Awards were all abuzz with the hottest musicians donning the red carpet in stunning outfits. Up for awards included Olivia Rodrigo, who wore a custom black and purple encrusted Vivienne Westwood gown, and Billie Eilish continued her all-black era in Rick Owens. Lady Gaga stunned in a black and white Armani Prive gown, with a sweeping cape and asymmetrical silhouette. Lil Nas X shut it down in a custom Balmain baroque pearl-encrusted suit set. “Lil Nas X is an incredible inspiration for the future generation,” Olivier Rousteing said. “He’s clearly pushing boundaries not only in music but in fashion.”

Kim Kardashian’s SKIMS has channeled nostalgia for its latest campaign. Supermodels from the ’90s and ’00s, Tyra Banks, Heidi Klum, Candice Swanepoel, and Alexandra Ambrosio stunned in the nude undergarments, shot by Dandy Kim and Greg Swales. Seeking inspiration from the height of the Victoria’s Secret era, the collection aims to showcase the ‘Everybody’ collection. “Outfitting these incredible women in our Fits Everybody underwear collection is truly a full-circle moment for me,” said Kardashian.

A leading fashion company that champions African designers, The Folklore, has raised a round of $1.7 million, led by Slauson & Co. This investment will aid the launch of a marketplace, The Folklore Connect, that allows African designers to connect with global retailers. “The world is beginning to wake up to the untapped talent across Africa,” said Ajay Relan, the Managing Director of Slauson & Co. “The Folklore highlights the best design talent across the continent, and demand for these products that reflect the culture is exploding.”