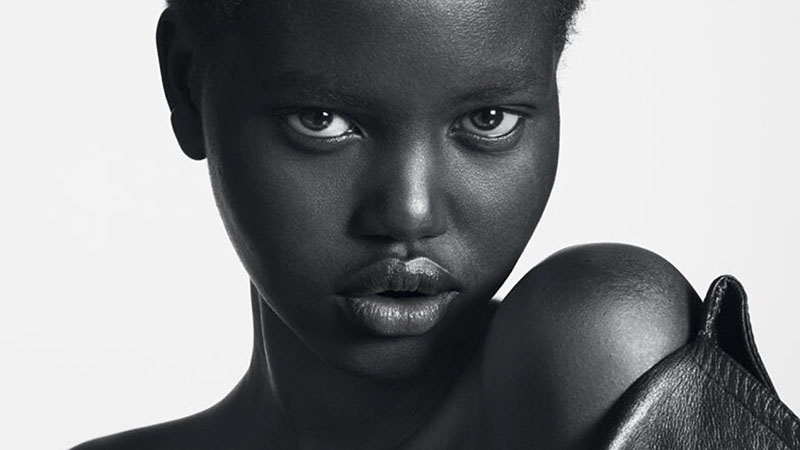 This week in fashion, Adut Akech Bior won the 2019 Model of the Year, Dior collaborated with Jordan on a pair of men’s sneakers, and Balmain CEO stepped down. Find these stories and more as we uncover the top international fashion news of the week.

Adut Akech Bior has won the 2019 Model of the Year at the British Fashion Awards. Nominees included Kaia Gerber, Winnie Harlow and Adwoa Aboah for the award. “It is important for all of us to remember that someone like me winning this award is a rarity,” she said. “This is for the young women and men who found representation and validation in my work. I want them to never be afraid of dreaming big like I once did.” The BFA began in 1989 to celebrate individuals and brands who have contributed to the fashion industry.

2019 “MODEL OF THE YEAR” Meet the south Sudanese refugee who comes from nothing, who become your 2019 “Model of The Year” last night at the BFA I FUCKING DID IT!!! 🏆🏆🏆

The CEO of Balmain, Massimo Piombini, is stepping down from his role after two years. During his tenure, the company grew by 50% and helped establish further global expansion. “Under his leadership, the company has experienced significant growth and organisational evolution, setting the solid basis for further growth of the brand in the next years,” said Balmain in a statement. The French fashion house will announce its new CEO in 2020.

TAILORED TEXTURE Playing on the monochromatic motifs of the house, the #BALMAINRE20 men’s collection mixes a wide array of fabrics and silhouettes. Collection available now in #BALMAIN stores and on BALMAIN.COM. #BALMAINARMY

Dior is collaborating with Jordan Brand on a pair of sneakers, dubbed “Air Jordan 1 High OG Dior”. The footwear features the Dior Oblique jacquard within the Nike swoosh and the classic Air Jordan design. “I chose to collaborate with Jordan Brand because Christian Dior collaborated with the best American brands of his era,” explained Kim Jones, Art Director of Dior.

“I love mixing together different worlds, different ideas — Dior and Jordan Brand are both indicative of absolute excellence in their fields. To bring them together in this special collaboration is to propose something exciting and truly new.” The sneakers will debut in April 2020 throughout selected Dior stores.

Made in Italy to superlative luxury standards, the new, limited edition #DIORJORDAN silhouette reflects both the timeless appeal of the sneaker itself and Dior's emblematic style, crafted from the finest leather, edge-painted by hand and in the shade known evocatively as 'Dior Grey' since the Maison's founding. A remix of the iconic Jumpman Wings logo is embossed on the upper and features the words "AIR DIOR", underscoring the cross-cultural creative exchange between @MrKimJones and the iconic sports label (@jumpman23) for the #DiorMenFall 2020 collection. The Nike Swoosh is filled out with the #DiorOblique motif, also embodying the exceptional know-how of two leading brands. ⁠ #DiorMiami ⁠ © @Jackie_Nickerson⁠

Pantone Names Colour of the Year

Pantone has named “Classic Blue” as the Colour of the Year for 2020. In honour of its 20th anniversary, the company is paying homage to its first-ever colour of the year, cerulean. The colour aims to instil ‘calm, confidence, and connection’ and ‘highlights [the] desire for a dependable and stable foundation on which to build as we cross the threshold into a new era’. “It’s a colour that anticipates what’s going to happen next,” said Laurie Pressman, the Vice President of Pantone Colour Institute.

Introducing the Pantone Color of the Year 2020, PANTONE 19-4052 Classic Blue, a timeless and enduring blue hue elegant in its simplicity. Suggestive of the sky at dusk, the reassuring qualities of Classic Blue offer the promise of protection; highlighting our desire for a dependable and stable foundation from which to build. As we cross the threshold into a new era, Pantone has translated the hue into a multi-sensory experience to reach a greater diversity of people and provide an opportunity for everyone to engage with the color. We will be tapping into sight, sound, smell, taste, and texture to make the Pantone Color of the Year for 2020 a truly immersive color experience for all. Link in bio to learn more about Classic Blue. #Pantone2020

Roger Vivier is launching its first jewellery line, with Sophia Hadjipanteli as the face of the series. Finding inspiration from the buckles on the designer’s shoes, the collection features crystal-embellished necklaces, earrings, chokers and hair accessories.

“Being able to develop my personal passion in my work is fantastic,” said Gherardo Felloni, the Creative Director of Roger Vivier. “Designing jewellery for Roger Vivier makes me happy.” The collection launches on December 7th.