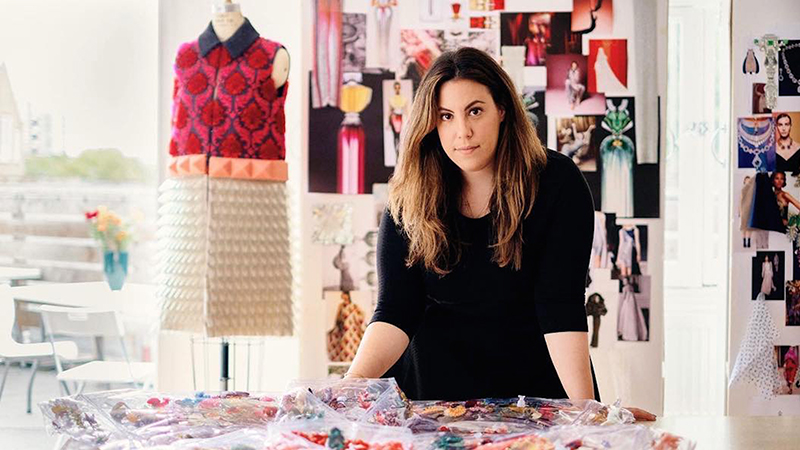 This week in fashion, Victoria’s Secret announces a surprising new collaboration, H&M will open its first store in South Australia, M Missoni gets a new creative director, and Gigi Hadid is set to visit Sydney. Find these stories and more as we reveal this week’s top international fashion news.

The official imagery of the lingerie will remain undercover until the show. We are expecting some punchy, playful prints full of bright, bold and uplifting colours from Katranzou. “Everything that Victoria’s Secret creates is about a woman feeling confident and empowered — and also having fun with what she is wearing,” Katrantzou said. “This collaboration is going to be bold, fun and playful.”

H&M will open its first Adelaide store on the 2nd of November in the iconic Rundle Mall. The Two storey building will take up a massive 3000 square meters and include the chain store’s complete range of fashion, sportswear and homewares. “We are also looking forward to introducing our H&M Home concept to Adelaide as we feel this really rounds up our wide assortment offering,” says Australian country manager for H&M, Thomas Coellner.

The addition of H&M is part of Rundle Mall’s extensive $40 million redevelopment plan. The renovation will span across four of the lower levels incorporating a tech hub, fashion precinct, and a new dining area. “The completed development will provide a unique shopping experience, and with H&M as the major tenant, we expect Rundle Mall Plaza to not only be a significant drawcard for Rundle Mall in particular but Adelaide in general”, Weinert Group (owner of Rundle Mall Plaza) executive director Peter Weinert said.

@lydiaemillen in a Morris & Co x H&M wonderland! ? The limited collection is selling out online quicker than we expected, but you can use our "Find in Store" function to discover the lovely pieces still available. We're so glad you're liking it! #HM @wmorrisandco Wool-blend jumper: 0695956 Wide Trousers: 0695263

Margherita Missoni is the New Creative Director of M Missoni

Margherita Missoni will return to her family’s namesake label, M Missoni. The 35-year-old departed the label in 2015 to pursue other professional projects. She launched her own children’s line, following the brand’s closure, she eventually went on to work with the likes of Yoox, Away and Pottery Barn Kids. However, she will now return to her label, in a higher capacity as the brand’s Creative Director.

Margherita is the daughter of Angela Missoni who is the current president and creative director of the Missoni Group. The label made headlines in June after it sold a minority stake to a government-backed private equity fund. In her new role, Margherita will be responsible for repositioning and expanding the brand. Her first collection will be the Spring/Summer 2020 line.

BREAKING NEWS: OUR NEW CREATIVE DIRECTOR! After bringing the M Missoni ready-to-wear license in house, the @missoni Group announces that @mmmargherita has been appointed Creative Director of the M Missoni brand. Her first collection will bow for spring/summer 2020. Ph. courtesy of @leetaharding

Phil Knight Donates $12 Million Worth of Nike Shares to Charity

Nike Founder Phil Knight has gifted an unnamed organisation almost USD 1 billion worth of company’s stock as an act of charity. This is just the latest in a long line of donations made by the Chairman of Nike Inc. In fact, 80-year-old Knight and his wife Penelope are long-time, active humanitarians.

Over the years the pair has donated hundreds of millions of dollars to the University of Oregon and Stanford University. These are the schools where Knight went to college and graduated school. According to reports, Knight’s latest donation worth $990 million was made on Wednesday, it represents about 0.7% of the company’s outstanding shares. It also represents 3.1% of his $32 billion fortune.

Gigi Hadid is Heading to Sydney With Reebok

To celebrate the launch of her latest Rebook Campaign, Gigi Hadid will be heading down under.  As part of the trip, she will be touching down in Sydney. The Victoria Secret model will host a brunch in an effort to help empower women across the country. The sportswear label is hosting a brunch followed by a panel of inspirational women at Carriageworks on November 16th.

PSA: @gigihadid has an important message and you won't want to miss it. ➡️ #BeMoreHuman