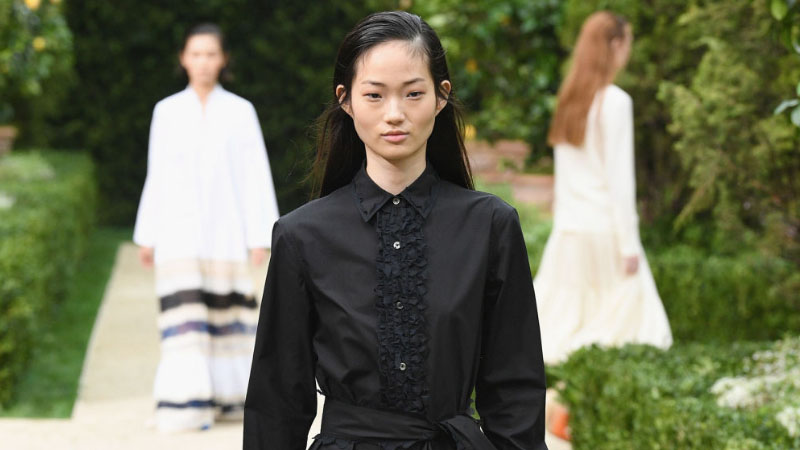 This week in fashion, Ariana Grande sues Forever 21, and Peter Lindbergh passes away at 74. Find these stories and more as we uncover the top international fashion news of the week.

Ariana Grande is suing Forever 21 for $10 million for a copyright and trademark infringement. The fashion brand posted images of a model wearing a similar aesthetic from Miss Grande’s ‘Thank U, Next’ album. The label also shared captions of the singer’s lyrics and feined a fake endorsement.

“Forever 21 does not comment on pending litigation as per company policy,” said a statement from the fashion brand. “That said, while we dispute the allegations, we are huge supporters of Ariana Grande and have worked with her licensing company over the past two years. We are hopeful that we will find a mutually agreeable resolution and can continue to work together in the future.”

Ariana Grande is suing Forever 21 for $10 million. ⁣ ⁣ The singer filed a lawsuit on Monday against the retailer for copyright and trademark infringement, violation of right of publicity and false endorsement over a Forever 21 ad campaign that replicated music videos from her “Thank U, Next” album. ⁣ ⁣ Tap the link in bio for more. ⁣ ⁣ Report: @laylailchi . . . . . . #wwdmedia #arianagrande #forever21

South African designer, Thebe Magugu has won the 2019 LVMH Prize. Magugu will take home 300,000 Euros and a one-year mentoring program from the LVMH team. “The talent in this room is quite simply stupefying, and the finalists represent the future of fashion,” said Alicia Vikander, the face of Louis Vuitton.

“I am delighted that, for the first time, an African candidate has won the Prize, all the more so since Thebe Magugu, aged 26, is the youngest designer of the 2019 selection. His creative work appropriates the codes of menswear and womenswear, of the traditional and the experimental, playing with volumes and traditional South-African know-how,” said Delphine Arnault, the Executive Vice President of LVMH.

German photographer, Peter Lindbergh, has passed away at the age of 74. His trademark black and white images became an iconic part of the fashion industry. He often created portraits of models and actors from the ’90s up until his passing. His most recent work included the cover of the September issue for British Vogue, featuring Meghan Markle’s Force of Change.

“The Duchess of Sussex had worked with Peter in the past and personally chose him to shoot the 15 women on the cover,” said the Duke and Duchess’s Instagram. “There is no other photographer she considered to bring this meaningful project to life.”

It is with great sadness that we announce the passing of Peter Lindbergh on September 3rd 2019, at the age of 74. He is survived by his wife Petra, his first wife Astrid, his four sons Benjamin, Jérémy, Simon, Joseph and seven grandchildren. He leaves a big void.

Tracee Ellis Ross has launched her first hair brand, Pattern. The actress, producer, comedian and activist created hair-care products, specifically for those with curly, coily and tight-textured locks. This venture has taken ten years of research and two years of testing.

The range features shampoo, four types of conditioner, two serums, a brush, microfibre towel, and a claw clip. “My mom has always done her own hair and makeup.” Ms Ross said. “That was the example I followed, so most of my tips, tricks, and hacks all came from my own experience and journey with my hair.” The collection is available for purchase online and in Ulta stores from September 9th.

PATTERN ~ thank you! i am so blown away by all of the support @patternbeauty has received! what a joy & honor it is to amplify our natural beauty. and we’re just getting started. available 9.9.19. at patternbeauty.com #rockyourpattern

New fashion and trends are coming out with the start of NYFW. The fashion event of the season features designers such as Brandon Maxwell, Jeremy Scott, Christian Siriano, Savage x Fenty and many more. The event will run from September 6th to 14th throughout New York City.

The Vince Film Festival ran this week in Italy. The star-studded event featured celebrities like Meryl Streep, Bella Thorne, and Lily Rose Depp. Some of the films that previewed at this illustrious show included Joker, The King, and Seberg.

Celebs upped their red carpet style game at the Venice Film Festival. With the backdrop of the Grand Canal and a host of A-list celebrities in attendance, the 76th annual Venice Film Festival arguably produces some of the most glamorous red carpet looks — so much so that it might be the next Cannes.⁣ ⁣ From Meryl Streep’s @givenchyofficial moment to Timothée Chalamet’s Internet-stopping silver suit, tap the link in bio to see all of the looks. ⁣ ⁣ Report: @laylailchi . . . . . . . #wwdfashion #venicefilmfestival #merylstreep