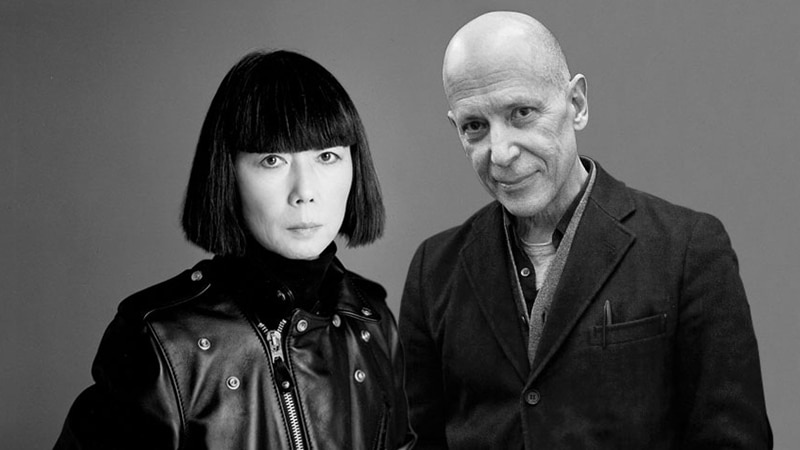 Mark July 2018 in your calendars because Comme des Garçons is blessing us with a new online label. CEO Adrian Joffe announced the impending site at the opening of the Dover Street Market in China. The website is set to be designed by none other than Rei Kawakubo, designer and creative director of the Japanese fashion house.

Considering the hugely successful Rei Kawakubo/Comme des Garçons-themed Met Gala and the company’s 17 other brands, the addition of an 18th label comes as no surprise. So far we know that collection will be online based, catering to both men and women. It will have a simple aesthetic and it’ll be available in six stores across the globe after launching in July.

Kris Van Assche, who resigned from the role of the creative director of Dior Homme in March will replace Haider Ackermann as artistic director of Berluti. Assche’s first collection with Berluti is debuting at Paris Men’s fashion week in January 2019.

The line includes ready-to-wear clothing, accessories, shoes and leather goods. Berluti’s chief executive, Antoine Arnault, said regarding Assche, “I have always admired his work at Dior Homme and I am looking forward to working with him.” While Assche feels he is a great fit for the label, stating, “it is with great pleasure that I accept this new challenge, which fits perfectly with my own will and vision.”

I have always wanted to build bridges between the savoir-faire, the heritage of a house and my clear-cut contemporary vision. Antoine Arnault spoke to me of his ambitions for @BERLUTI and it is with great pleasure that I accept this new challenge which fits perfectly with my own will and vision. Photo @roversi #paoloroversi #kris_van_assche #krisvanassche #berluti

Former creative director of Sait Laurent, Hedi Slimane was awarded $14.8 million following a lengthy legal battle against his ex-employers. The French court ruled in Slimane’s favour following a pay dispute. Despite tripling the brand’s profits, Slimane was paid just $1 million during his final year of employment.

The court heard that a clause in Slimane’s contract guaranteed him at least $15 million per year. Saint Laurent is guilty of underpaying him by $14.8 million. He departed the label on bad terms as the brand fought him over the payment and intellectual property rights. During his time as creative director, Slimane brought in over $1.3 billion in sales.

Have you heard? Hedi Slimane has won a major lawsuit against his former employer Saint Laurent, entitling him to $11.5 million. In the designer’s lawsuit against Kering, a French court ruled that he had been underpaid by as much as €9.3 million after taxes for his last year of service. ? [Link in bio] #hedislimane #ysl #kering #fashion ?: Hedi Slimane for @documentjournal

Chipotle does not scream romance or high-end fashion. However, this did not stop one of fashion’s biggest designers popping the question to his partner inside the fast-food chain. Proving, that Marc Jacobs can truly make everything stylish. The Iconic US fashion designer dropped on one knee asking boyfriend, Charly Defrancesco to marry him while a flash mob performed to Prince’s Kiss.

Adding to the aww factor, the proposal also took place on Defrancesco’s birthday. The couple who have been together since 2015 announced their engagement over Instagram on Wednesday night. They both posted the same video of the proposal with captions expressing their happiness and thanking all those who made the special moment possible.