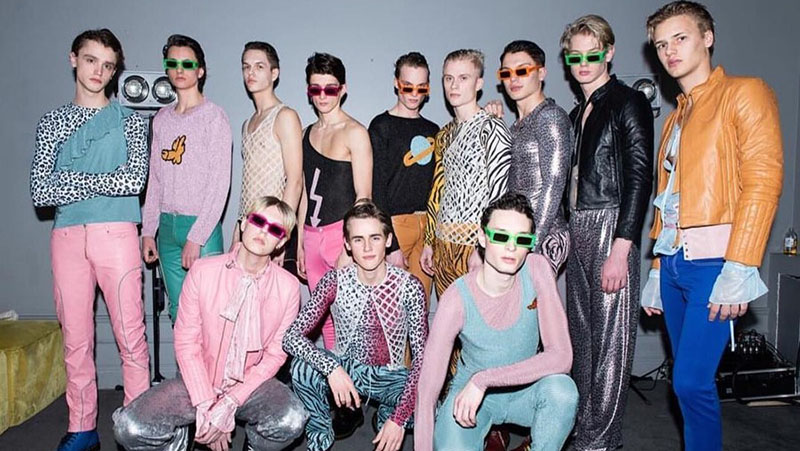 This week in fashion, Debenhams closes its only Australian store and Stockholm Fashion Week has been cancelled to shine a light on sustainability. Find these stories and more as we uncover the top international fashion news of the week.

Debenhams has entered voluntary administration and is closing its only store in Australia in 2020. After opening in late 2017 in Melbourne, the British department store will shut its doors. In April, it announced it was closing 22 of its locations across the UK. “Our appreciation of your loyalty and support is top of mind for us right now. Thanks for supporting us,” read the announcement.

We’ll be departing Melbourne in the New Year. To say thanks for your loyalty, we’d like to give you the first chance to purchase our UK designer brands and new stock… at even better prices than ever before. We hope to see you soon.

The Swedish Fashion Council has cancelled Stockholm Fashion Week as an act of sustainability. “Stepping away from the conventional Fashion Week model has been a difficult, but much-considered decision,” said Jennie Rosén, the CEO of the Swedish Fashion Council. “We need to put the past to rest and stimulate the development of a platform that is relevant for today’s fashion industry (and) focus on creating tools and platforms in order to support and prepare the industry for the future.”

A big thank you to all our sponsors and partners who made this season possible! ?? ? @josefinelaul #fwstockholm #aw19

A post shared by Fashion Week in Stockholm (@fashionweekinstockholm) on Feb 12, 2019 at 4:42am PST

Kim Kardashian Changes the Name of Her Solutionwear

Kim Kardashian is changing the name of her shapewear line, Kimono, after receiving major backlash and accusations of cultural appropriation. “I am always listening, learning and growing – I so appreciate the passion and varied perspectives that people bring to me. When I announced the name of my shapewear line, I did so with the best intentions in mind,” said Kim Kardashian in an Instagram post. ” I will be launching my Solutionwear brand under a new name. I will be in touch soon.”

Being an entrepreneur and my own boss has been one of the most rewarding challenges I’ve been blessed with in my life. What’s made it possible for me after all of these years has been the direct line of communication with my fans and the public. I am always listening, learning and growing – I so appreciate the passion and varied perspectives that people bring to me. When I announced the name of my shapewear line, I did so with the best intentions in mind. My brands and products are built with inclusivity and diversity at their core and after careful thought and consideration, I will be launching my Solutionwear brand under a new name. I will be in touch soon. Thank you for your understanding and support always.

In honour of Haute Couture Fashion Week in Paris, Maison Valentino and L’Oreal hosted a ball at the Left Bank in France, with the theme ‘Born in Roma’. The name is synonymous with Valentino’s latest perfume launch, of which L’Oreal is a partner. The guests of the ball included Lauren Hutton, who walked in the Valentino show, as well as Gwenyth Paltrow, Kristin Scott Thomas, Valentino Garavani and many others. “I loved it,” said Lauren Hutton.  “It’s the first show I’ve ever been in, in Paris, in my life.”

“What’s a royal ball? After all, I suppose it would be frightfully dull, and boring, and completely… completely wonderful” ✨ Ultimate Cinderella moment times a million at last night’s @Maisonvalentino ball celebrating the end of Haute Couture Week as well as their #BornInRoma fragrance ♥️