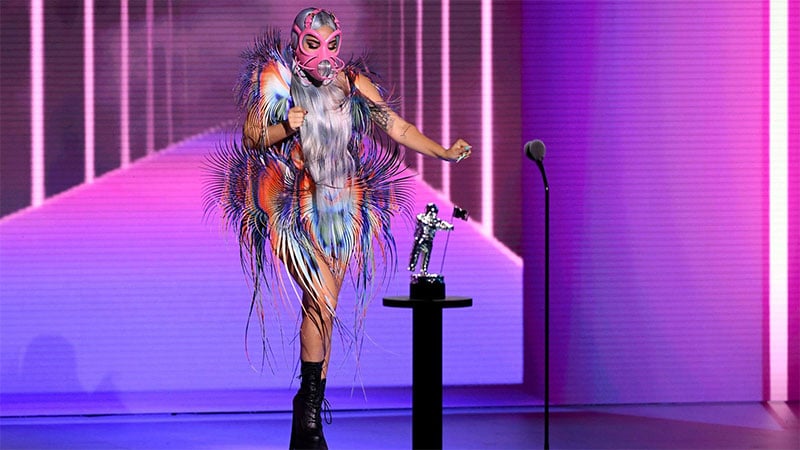 The VMA red carpet goes virtual, and London Fashion Week is set to present physical and digital shows. Stay up to date with some of the hottest international fashion stories of the week.

London Fashion Week will be combining virtual and physical shows in its upcoming event in September. Thirty designers, including Victoria Beckham and Simone Rocha, will present traditional runways. Burberry will begin the live stream on September 17 and will close the show on September 22.

This event will showcase gender-neutral attire from men’s and women’s designers. Some of the other labels taking part include Vivienne Westwood and JW Anderson, that will present their collections digitally.

London Fashion Week September 2020, announces its provisional schedule featuring both womenswear and menswear. LFW will run from Thursday 17th September to Tuesday 22nd September. The event will include both digital activations on londonfashionweek.co.uk and physical, under government social distancing guidelines. Visit the link in bio to view the provisional schedule #LFWReset

Celebrities have walked along the red carpet in the first virtual VMAs. The event was filmed in a studio in New York City, with the guests watching the awards show at home. Lady Gaga stole the show with five outfit and mask changes throughout the event, including designs by Iris van Herpen and Christopher John Rogers.

Other artists who attended include Doja Cat, Ariana Grande, Miley Cyrus, and many others. “In close consultation with state and local health officials‎, it became clear at this time that outdoor performances with limited or no audience would be more feasible and safer than an indoor event. The VMAs will highlight the boroughs in an exciting show and return to Barclays Center in 2021,” said the VMAs in a statement.

Coach Offers ‘Love Letter to NYC’ in the New Collection

Coach is presenting its new season ‘Coach Forever’, offering the theme of ‘A Love Letter to New York.’ The 2021 season is debuting via digital platforms and will include a combination of archive and vintage pieces. The collection will represent “optimism, craft, the responsibility to the environment, and the enduring importance of community and inclusivity at a pivotal cultural moment,” the label explained. Some of the famous faces in the current ‘Coach Forever’ line include Jennifer Lopez and Michael B Jordan.

#JenniferLopez, her mother Guadalupe "Lupe" and children Max and Emme enjoy a meal with a side of real talk. Togetherness. Timelessness. The things that matter most. Fall 2020 is a story about family with the #CoachFamily. Directed by: @haozeng_com Styled by: @robzangardi & @marielhaenn Hair by: @chrisappleton1 Makeup by: @scottbarnescosmetics #CoachNY

The Metropolitan Museum is debuting its first virtual The Atelier show, hosted by Alina Cho. The Sunday Morning CBS presenter will lead a question and answer event, alongside Noami Campbell, Iman, and Bethann Hardison. For the first time, The Met will present the video on its platform and via YouTube. The interview will cover topics including diversity in the fashion industry and creating social change within the business. The Atelier will air on September 9 at 1 pm.

Miuccia Prada and Raf Simons to Debut at MFW

Miuccia Prada and Raf Simons are working towards debuting their combined collection on September 24 at Milan Fashion Week. Designers will unveil its first collection with the two leading the realm. The hybrid event will also present Fendi, Versace, and Max Mara, along with many others who will share digital and physical shows.

Miuccia Prada and Raf Simons will unveil their first codesigned collection on Sept. 24.⁣⁣ ⁣⁣ The partnership underscored the strong relationship between Simons and the Prada Group, which had originally tapped him to become creative director of Jil Sander in 2005, when the Italian group owned that brand, and the mutual respect and friendship between Miuccia Prada and the Belgian designer, who share a similar daring aesthetic and a passion for contemporary art.⁣⁣ ⁣⁣ Simons’ challenge will be to continue improving the performance of Prada, which is publicly listed in Hong Kong, while boosting the brand’s creative streak.⁣⁣ ⁣⁣ Tap the link on bio for more. ⁣⁣ ⁣⁣ Report: @luisazargani