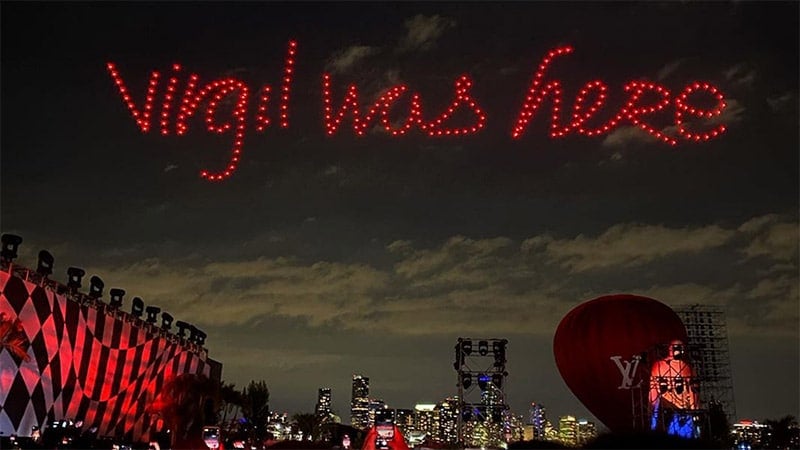 The fashion industry mourns the passing of Virgil Abloh, and Bella Hadid has rejoined Victoria’s Secret. Find these stories and more as we uncover the top international fashion news of the week.

Virgil Abloh has passed away at the age of 41. “For over two years, Virgil valiantly battled a rare, aggressive form of cancer, cardiac angiosarcoma,” a statement read. “He chose to endure his battle privately since his diagnosis in 2019, undergoing numerous challenging treatments, all while helming several significant institutions that span across fashion, art, and culture.” Abloh was regarded as a game-changer for the fashion industry, as the first Black man to become Artistic Director of LV.

Amidst the announcement, the fashion world has laid numerous tributes to the designer. From Marc Jacob to Kim Jones, Gigi Hadid and many others shared their condolences, as well as memories of the designer. “Virgil was not only a genius designer and a visionary, but he was also a man with a beautiful soul and great wisdom. The LVMH family joins me in this moment of great sorrow, and we are all thinking of his loved ones on the passing of their husband, father, brother, son, and friend,” said Bernard Arnault, CEO of LVMH.

The British Fashion Awards took place at the Royal Albert Hall, celebrating fashion and style leaders. Stars gathered on the red carpet, including Dua Lipa, Precious Lee, Gabrielle Union, and others, wearing Maximilian, H&M, and Valentino, respectively. Some of the winners of the evening included Alessandro Michele for the Trailblazer Award and Kim Jones as Designer of the Year. Winners of the Leaders of Change, Creativity include Virgil Abloh, Alessandro Michele, Demna Gvasalia, Kim Jones, and Jonathan Anderson.

British Vogue Editor and European Editorial Director, Edward Enninful, read a tribute to the late Virgil Abloh, who passed away the day before the event. “As a Black man in a French luxury house, I am well aware of my responsibilities. Rather than preaching about it, I hope to lead by example and unlock the door for future generations. I believe in making my mark with poise, style, and grace.”

Louis Vuitton is paying its respects to the late Virgil Abloh by showcasing his final show. “Virgil was here” was one of Abloh’s ‘spin-off’ shows, with a collection of his latest pieces from SS22. Celebrities, muses, and friends of Abloh were in attendance, including Edward Enninful, Rihanna, A$AP Rocky, Kanye West, and Kim Kardashian, among many others. “While there were moments of somber emotion among the guests, the mood was far from funereal,” said Chantal Fernandez, for Business of Fashion. “There was laughter. There were long hugs. And there was no shortage of bold looks, with many in attendance paying tribute in their best Abloh-designed pieces.”

Abloh’s family requested that the show go on, despite his passing, to ensure the show would celebrate his achievements as an artist. A giant three-story statue was erected of the late designer. The CEO of Louis Vuitton, Michael Burke, shared a speech before the show began. “He used the platform he had to break boundaries, to open doors, to shed light on his creative passions — art, design, music and of course, fashion — so that everybody could see inside,” he said. “Not only to dream of being part of that world but to also find ways to make that dream a reality.”

Bella Hadid is returning to Victoria’s Secret, but not as an Angel. The supermodel is the latest member of the VS Collective and joins Hailey Bieber, Priyanka Chopra Jonas, Naomi Osaka, and others. She previously walked for the lingerie brand’s fashion shows for three years. However, she left due to alleged sexual harassment from one of the brand’s top executives, who has since stepped down. Hadid is returning to VS as she feels the brand has changed and is no longer a brand that was ‘run by men for men.’ “I feel empowered again,” she shared to Marie Claire. “I feel empowered in lingerie instead of feeling like my body is some sort of money maker.”