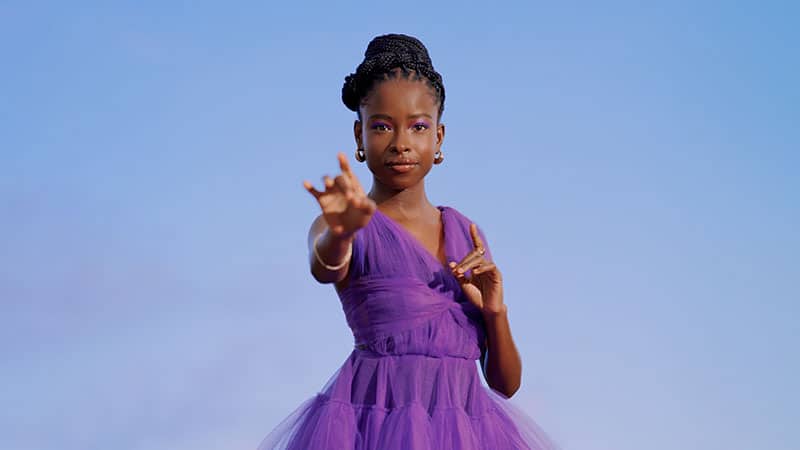 Kendall Jenner is the new Creative Director of FWRD, and Amanda Gorman is the new face of Estee Lauder. Keep your finger on the pulse with the latest international fashion news stories of the week.

Kim Jones – artistic director of Dior Men’s and Fendi Women’s – is the new member of the 2021 LVMH Prize jury. He joins Stella McCartney, Virgil Abloh, Maria Grazia Chiuri, Marc Jacobs, and Jonathan Anderson. Other members include Chairman and CEO of LVMH Fashion Group, Sidney Toledano, and Jean-Paul Claverie,  the Advisor to the CEO of LVMH, Bernard Arnault. The jury will decide the winner on September 7th at the Louis Vuitton Foundation in Paris. Finalists of the 2021 LVMH Prize are Lukhanyo Mdingi, Cristopher John Rogers, Nensi Dojaka, and many others.

American poet, Amanda Gorman, has been named the first Global Changemaker for Estee Lauder. The three-year partnership includes a future campaign and works alongside the company on the Literacy Program ‘Writing Change’. Further, Estee Lauder will donate $3 million over three years to the program, which aims to promote literacy for girls.

“Amanda embodies a new generation and demonstrates the importance and influence of voice,” said Fabrizio Fredo, the CEO of Estee Lauder Companies. “As a company, we are committed to nurturing the leaders and talent of the future, empowering them to use their voices—and to use them loudly.”

Celebrities are stunning at the Venice Film Festival, which began this week. Some of the best outfits include Mariacarla Boscono in Jean Paul Gaultier and Timothee Chalamet in a sparkly Haider Ackermann suit. Zendaya stole the show in a wet-look customer gown from Balmain, with Bulgari jewels. Others include Kristen Stewart, wearing Chanel from the premiere of her new film, Spencer, and Helen Mirren in Dolce & Gabanna, for the premiere of Madres Paralelas. Leading supermodels like Adriana Lima wore Etro, Bianca Bolti stunned in Dolce & Gabanna, and Paola Turani in Dior. Barbara Plavin, Sara Sampaio, Chloe Zhao Madisin Rive wore Giorgio Armani.

Kendall Jenner is adding another role to her resume – Creative Director of luxury retailer FWRD. In the role, she will oversee the ‘look and feel of the site’ and the curation of brands. Additionally, she will complete ‘monthly edits of must-have trends’, plus marketing ideas, brand partnerships, and activations.

FWRD is owned by Revolve Group and showcase luxury pieces from couture labels and up-and-coming designers. “Kendall is the epitome of luxury fashion, and there isn’t a better fit for this position,” said Raissa Gerona, the CEO of Revolve Group. “As leaders in the industry and innovators in marketing, we are always looking for fresh ideas, staying ahead of the curve, and being at the forefront of style trends. The world looks at Kendall to lead the industry, and we are beyond excited to have her vision for FWRD come to life.”