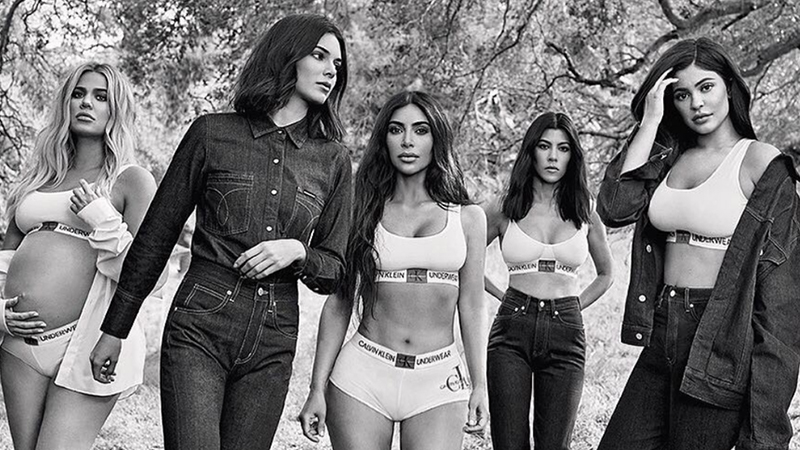 Beyonce is Given Control Over Vogue’s September Issue

As well as being Vogue’s September cover star, Beyonce has been given unprecedented control of the pending issue. Queen Bey will choose not just her cover, but all accompanying images and captions inside the mag.

Queen B’s first move has been hiring the 23-year-old photographer, Tyler Mitchell. Making history as Vogue’s first-ever black photographer, Mitchell has previously shot campaigns for the likes of Givenchy and Marc Jacobs. Beyonce hasn’t appeared on a Vogue September issue cover since 2015 when she chose not give an accompanying interview. Despite being in control of this month’s content, Beyonce has once again reportedly decided to forgo an interview.

Calvin Klein Taps the Kardashian/Jenner Clan for the new Campaign

Calvin Klein certainly keeps up with the Kardashians, adding another campaign featuring the sisters to its rotation. The Fall 2018 Calvin Klein underwear and Clavin Klein Jeans shoot shows Kim, Kourtney and Khloe stipped down to their underwear while Kylie and Kendall are little more covered in their denim.

It also debuts the label’s brand new monogrammed styled underwear. The new range is heavily inspired heritage designs and is available in boy short style, along with bralettes and bikini cuts. The campaign shot by long-term collaborator, Willy Vanderperre is part of the brand’s #MyFamily series. Repressing the unconventional and unapologetic bonds of family, it seems fitting to have TV’s most famous family as the faces.

Stronger together: Behind the scenes with @kimkardashian, @kendalljenner, @kourtneykardash, @kyliejenner and @khloekardashian on set during the latest #CALVINKLEINJEANS and #CALVINKLEINUNDERWEAR campaign. Explore more at calvinklein.com/mycalvins. ⠀⠀⠀⠀⠀⠀⠀⠀ Join Our Family #MYCALVINS

Saint West has proven the apple doesn’t fall far from the tree, appearing on the cover of Harper’s Bazaar. This marks the two-year-old’s first magazine cover. Saint poses in daddy Kanye West’s arms, while his 5-year-old sister North sits perched on top of Kanye’s shoulders. “I hope my children never lose their confidence in society,” Kanye West says in the interview which accompanies the cover of September issue.

The cover is part of Harper’s Bazaar’s Icons: The First Families of Music photo campaign. The series features several big names in music posing with their kids. The magazine is aiming to “prove that the legacy lives on”. Bruce Springsteen, Christina Aguilera, Mariah Carey and Steven Tyler and their families are all included in the series.

Balenciaga is Sued for Copyright Infringement

City Merchandising Inc. New York has launched a lawsuit against Balenciaga for copyright issues over the line’s latest tote bag design. You may recognise the glittery tote sporting the words New York alongside the state of liberty recently released by the Spanish fashion house.

The NYC mechanising company claims the design is almost indistinguishable from that of their New York souvenir tote. However, it does not stop there. The case states that Balenciaga has a long history of appropriation designs and claiming them as their own. The filing reads, “Based upon its dubious reputation in the fashion industry for appropriating the work of others, as well as public statements attributed to Mr Gvasalia, it should not be surprising that Defendant has copied Plaintiffs Design in connection with the infringing Products and is passing it off as its own.”