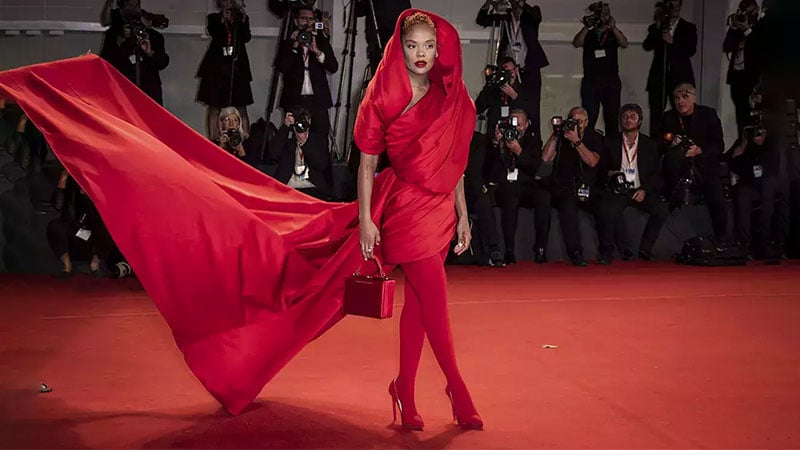 Daniel Lee reported to replace Riccardo Tisci, and Simon Porte Jacquemus gets hitched in South France. Stay up to date with the latest international fashion news stories of the week.

The fashion world is abuzz as rumors swirl about who is replacing Riccardo Tisci at Burberry. The current Creative Director’s contract expires in 2023, meaning Tisci will depart his role after five years. Tisci has previous experience with Givenchy, in which he was Creative Director from 2005 to 2017. According to reports, Daniel Lee is planning to take over the role, which would spark a major change at the British fashion label. Lee is the former Creative Director of Bottega Veneta, a role he held from 2018 to 2021.  No confirmation from either Burberry, Lee, or Tisci has been made at the time of writing.

Simon Porte Jacquemus is married! The French fashion designer and founder of his eponymous fashion label married his partner, Marco Maestri, in a ceremony in Charleval, Provence. According to the designer, they wanted the event to provide ‘an energy of love’ with close friends and family.  In attendance was Dua Lipa, who wore a custom sheer white dress from the designer.

“There were many familiar faces from my childhood, and some had binoculars, and they called my name as we passed by and clapped from the windows. My grandfather was afraid that they would throw tomatoes at us because we are gay, but there was only love,” Jacquemus said.

The annual Venice Film Festival is back, and the stars are more stunning than ever. Debuting films like White Noise, Don’t Worry Darling, and The Whale, actors, and celebs made a real impression on the red carpet. Some of the most talked-about looks include Tessa Tompson, Jodie Turner-Smith, and Julianne Moore, wearing Elie Saab, Gucci, and Valentino, respectively. Supermodels such as Barbara Palvin, Alessandria Ambrosio, and Grace Elizabeth wore Armani Prive, Ermanno Scervino and Alberta Ferretti.

Some of the most iconic looks came from stars like Timothée Chalamet, who donned a custom backless red halter jumpsuit from Haider Ackermann. Alongside him was actress Taylor Russell, who wore Look 54 from Balenciaga’s 2022 Haute Couture collection. Designers who dominated the red carpet included Armani Privé, Christopher John Rogers, and Gucci.

The Best Looks from the VMAs

The 2022 VMAs were in full swing this year, with musicians donning couture and designer pieces from the latest seasons. Lizzo dominated the runway in an oversized black Jean Paul Gaultier gown, complete with Jennifer Fisher jewelry. Taylor Swift made a surprise appearance in an Oscar de la Renta crystalized dress, where she announced her next album, Midnights, after accepting the Best Video award for All Too Well (10 Minute Version).