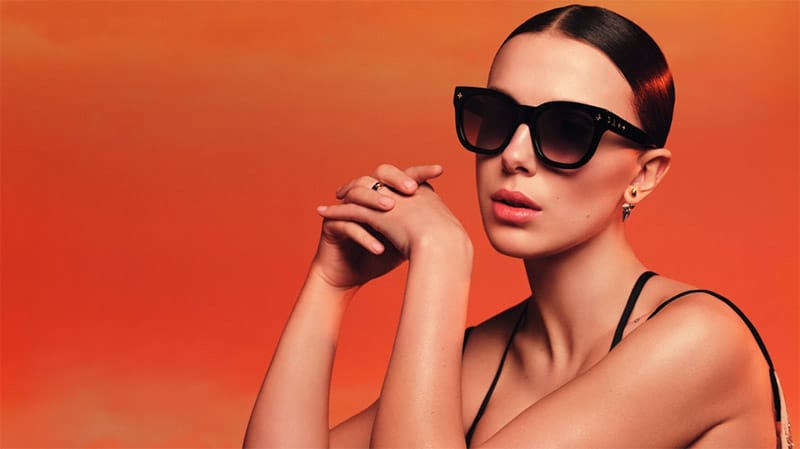 The fashion world honored André Leon Talley and Millie Bobby Brown is the new face of Louis Vuitton. Find these stories and more as we uncover the top international fashion news of the week.

André Leon Talley (ALT) was honored this week with a memorial service in the Abyssinian Baptist Church, in Harlem. Anna Wintour, Naomi Campbell, and Marc Jacobs were in attendance, among many others. The stylist, designer, editor, and fashion icon passed away in January 2022 at the age of 73; Vogue described him as one of the ‘most recognizable and beloved figures in the fashion industry.’

According to a source, Wintour talked of the ‘immeasurable’ loss she felt for ALT and their friendship. “She talked about their friendship,” said the source. “But what took her over was when she told the story about Andre crossing the Atlantic to be with her when her mother died. Her words were: ‘He crossed the Atlantic to be with me when my mother died,’ and that’s when she welled up.”

Millie Bobby Brown is the new face of Louis Vuitton. The French label has tapped the actress as its new ambassador, launching their partnership with a new eyewear campaign. She joins the likes of Karlie Kloss and singer Lous and the Yakuza. “6 years ago I met Nicolas Ghesquière, and this was just a dream. Today, I’m pinching myself as I get to share I’m officially joining the Louis Vuitton family!! The future is bright,” Brown wrote in an Instagram post.

Camila Cabello is the new ambassador for Victoria’s Secret and stars in the brand’s first bilingual campaign. The singer announced the news on Instagram, showcasing a campaign shoot for the fragrance, Bombshell. “I am honored to be the newest addition to the Victorias Secret Bombshell family and to be part of the brand’s first-ever bilingual campaign,” she shared. “Bombshell is about embracing who and what you are, and celebrating that every day.”

Moda Operandi is saying bye to fur and will no longer sell it or exotic animal skin on their website. This announcement came after PETA sent the team at Moda Operandi information about the exploration of animals to get their fur, which has previously inspired the likes of Calvin Klein, DVF, and Chanel. “Exotic skins and fur belong on the animals born with them, not on collars or clutches,” said Tracy Reiman, the PETA Executive VP.