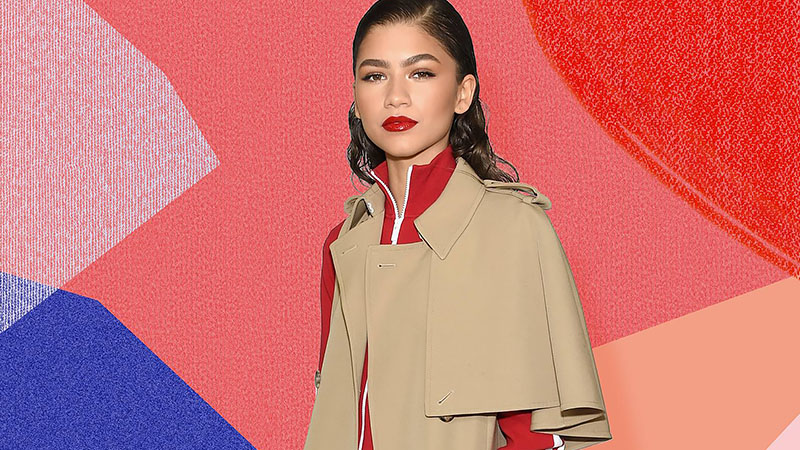 This week in fashion, Candice Swanepoel returns to the 2018 Victoria’s Secret Fashion Show, Zendaya designs a collection for Tommy Hilfiger, V&A stages a Christan Dior exhibition and Cosmopolitan closes after 45 years. Find these stories and more as we reveal the top international fashion news of this week.

South-African born model Candice Swanepoel will be returning to the Victoria’s Secret Fashion Show, just five months after giving birth to her second child. Swanepoel welcomed her son, Ariel Nicoli, in June this year which left many of her fans thinking she would not return to the 2018 runway. But the model has recently confirmed her return via Instagram Stories.

Other Angels reportedly confirmed for the show include Behati Prinsloo, Adriana Lima, Jasmine Tookes, Elsa Hosk, Martha Hunt, Taylor Hill, Josephine Skriver, Lais Ribeiro, Romee Strijd, Sara Sampaio and Stella Maxwell. With a solid 2018 line-up, the number of models confirmed to be walking has crept up to over 60.

What a special moment in my career! Thank you so much @victoriassecret @ed_razek forbelieving in me! I will never forget this. ? @jeromeduran

Christian Dior: Designer of Dreams is an exhibition celebrating the life and work of fashion designer Christian Dior. It is expected to be the largest retrospective on the French fashion house ever staged in the UK. The V&A exhibition, which opens on 2 February 2019, follows an exhibition of the same name that was held at the Musée des Arts Décoratifs in Paris last year, with the exciting addition of a section documenting the designer’s fascination with British royalty and cultural figures.

Experience the largest exhibition ever staged in the UK on the House of @dior! Christian Dior: Designer of Dreams comes to the V&A 2 February 2019. Spanning 1947 to the present day, it celebrates one of the 20th century’s most significant designers and the six outstanding artistic directors who succeeded him, from Yves Saint Laurent to Maria Grazia Chiuri. Tickets on sale 17 October at 9am! Members go free, no need to book. #DiorDesignerofDreams #Designer #VandA #Fashion #ParisFashion #vamuseum

Cristina Tridente is best known for the structured, feminine gowns of her high-end fashion brand, Couture+Love+Madness. So her new label Tridente, a cross-section of fashion, art and architecture, might come as a bit of a surprise.

Cristina designed the eponymous label while studying at fashion school. “The concept came out of my summer study at Central Saint Martins last year. They gave us a brief that was about distorting human bodies, and whether you looked at architecture or sculpture or a dancer for inspiration, I focused on Zaha Hadid – her sculpture and how skeletons are the backbone of her work,” says Cristina. The pieces are made with fabrics unlike any she has used before including raincoats, trench coats, parachutes and kites. And the results are fascinating.

Tridente made its debut on the 18th on the Couture Culture runway at the Adelaide Fashion Festival.

What a show-stopping couture runway, including the runway debut of @cristina_tridente’s new label @tridentecouture! ☁️ ? Did you get to see the magic? ?: @lucasdawsonphotography #AFF18

Australia’s Cosmopolitan magazine will end publication in December, concluding 45 years of coverage of beauty, fashion, relationships and sex for young women. The brand is one of many print magazines to fold due to slow sales and low advertising revenue in the digital era.

Paul Dykzeul, The CEO of Bauer Media ANZ said it was not an easy decision to make. “Magazine closures are never easy, desirable or done without careful consideration for all of those involved,” he said. “We are incredibly proud of the brand and the people who have been involved and represented over the last 45 years. It has helped to launch the careers of media personalities, supported great brands and causes, and inspired millions of young women across the country.” Cosmpolitian will be shut down in Australia, and 11 staff will be made redundant.

Zendaya will Design a Collection for Tommy Hilfiger

Tommy Hilfiger has chosen Zendaya as his new women’s ambassador and co-designer. Zendaya will design a collaborative collection with Hilfiger while starring in the brand’s global campaign. The capsule collection, dubbed Tommy x Zendaya, is due for a Spring 2019 release.

“I love to collaborate with people who are passionate about making their dreams a reality and who inspire the next generation to do the same,” Tommy Hilfiger said in a statement from the brand. “Zendaya has become a global icon, using fashion to make bold statements while always staying true to herself. Our capsule collection will fuse her eclectic style with the Americana spirit of our brand.”