15 Most Incredible Castles in Germany 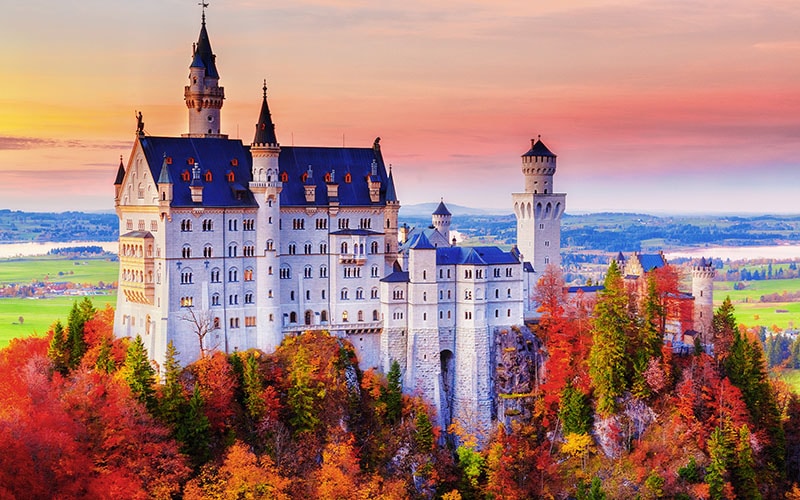 From October fest to Karl Lagerfeld and Heidi Klum, there are so many `things to love about Germany, and its magnificent selection of castles to visit is certainly no expectation. From romantic romanesque revival to dramatic military forts, Germany’s array of picturesque palaces have been inspiring and captivating tourists for years. So if you’re looking to add a touch of royal treatment to your next trip, take a look at our list of the most incredible castles in Germany to visit.

Perched proudly atop Mount Hohenzollern, Hohenzollern Castle has sweeping views of the stunning south German countryside. The English Gothic Revival castle was re-built to resemble a Knight’s medieval castle in the mid-19th century. Only the chapel of the original 11th-century castle remains.

Today Hohenzollern Castle is a museum which hosts treasures belonging to the royal family. It even houses the crown worn by Prussian kings and a uniform worn by Frederick the Great. This privately owned palace is one of three on the site and has over 350,000 visitors per year, making it one of the most visited castles in Germany. 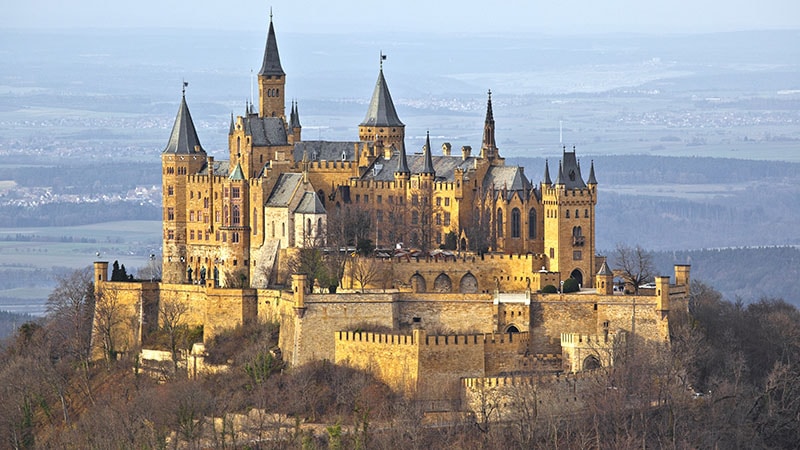 Nestled between the hills of the Eltz forest perch upon a 70-meter rock spur above the Moselle River between Koblenz and Trier, is Burg Eltz Castle. It was the ancestral home of the Rübenach, Rodendorf and Kempenich families.

To this day, the Kempenich branch of the family still resides in a third of the castle while The Rübenach and Rodendorf families’ are open to the public. You can visit the castle seasonally from April to October. Visitors can also view the armoury and treasury which contains gold, silver and porcelain artefacts. 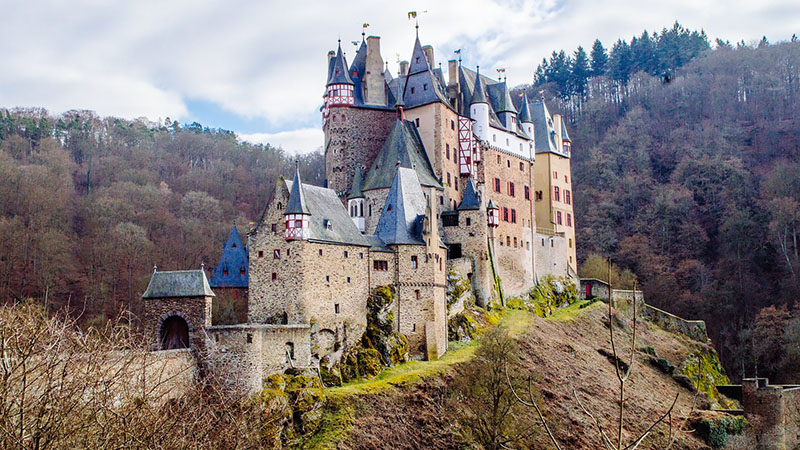 Often described as the “fairytale castle of Württemberg”, Lichtenstein Castle overlooks the Echaz valley near Honau. Translating to “Shining stone,” the name Lichtenstein, was inspired by the Wilhelm Hauff novel, also called Lichtenstein. It is located only a few hundred meters from the ruins of the medieval castle which inspired the book.

Despite its smaller stature, it is still one of the most impressive castles in Germany. Nestled away in the Swabian Alps, it is accessible by a stone bridge which stretches from one hill to another. Known for its historical armoury the castle has guided tours. The courtyard is also open to the general public where you can view the gun emplacements on the walls. 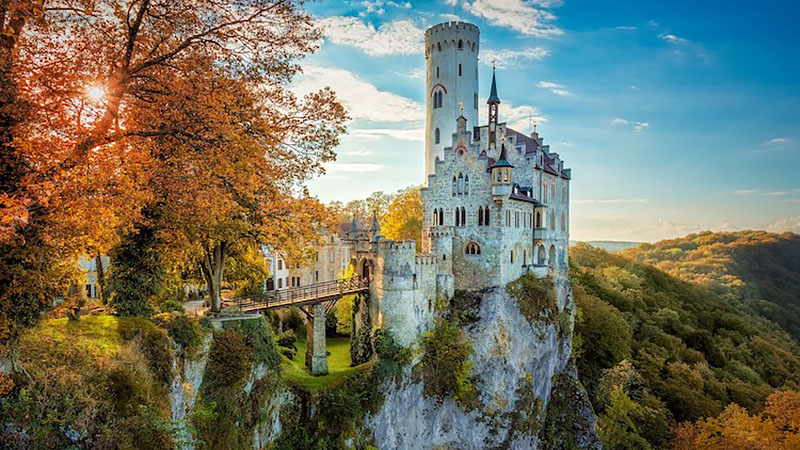 Nestled away in the breathtaking views of the Bavarian Alps, is Europe’s most famous one of all is Neuschwanstein Castle. This 19th-century Romanesque Revival palace sits atop a rugged hill overlooking the Füssen Village of Hohenschwangau. With its rustic beauty, gorgeous architecture and picturesque surroundings, it’s easy to see why Neuschwanstein Castle is not only the most photographed building in Europe but one of the top tourist destinations.

This iconic architectural marvel, constructed in the late 1800s, is the inspiration behind Walt Disney’s Sleeping Beauty Castle. Neuschwanstein was built to be the home of King Ludwig II until he died in 1886. It opened to the public after that. Since then more than 61 million people have visited this idyllic palace. Adorned with chandeliers and paintings, every room of this stunning castle will wow visitors. 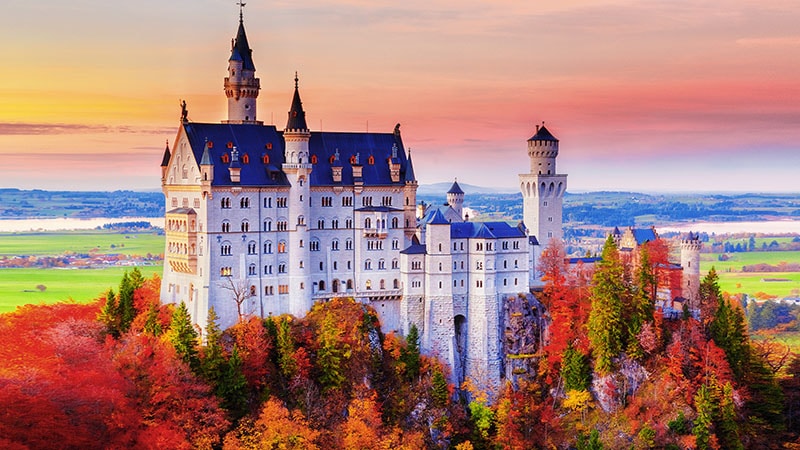 Built by the Lords of Eppstein, one of the most powerful 12th-century families, Marksburg castle, sits high on top of a cliff in the Rhine Valley. Surviving for over 700 years the castle has proven impenetrable to enemy forces and indestructible by the elements.

With all of its impressive original features and medieval architectural elements to admire, the castle opens daily throughout the year. From the well-worn “Knights’ Stairway,” staircase, the “Great Battery” which houses cannons and other weapons, the wine cellar, and the Great Hall, Marksburg castle will sure to impress. 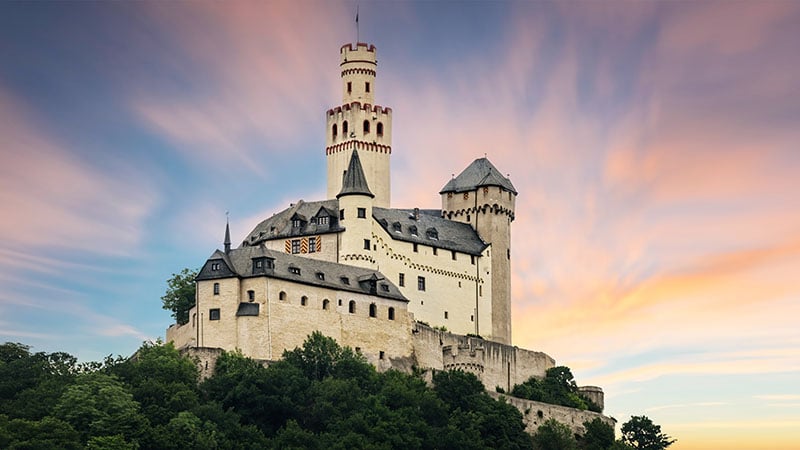 With all of its towers and turrets, Schwerin Castle is a prime example of European historicist architecture. The island where it stands was once home to a 1000-year-old Slavic castle built in the 10th century. But it’s not just the history, the beautiful architecture and stunning location has the tourists flocking. Those with interest in the paranormal should also add this one to their list. Petermännchen is the resident ghost, said to be only a few feet high and wearing clothes from the 17th century.

Designated to become a World Heritage Site, Schwerin Castles is one of the most important works of romantic Historicism in Europe. Located on a cosy island in Lake Schwerin, this castle is one of the most beautiful destinations in Europe. For centuries it was home to the dukes and grand dukes of Mecklenburg. Today, the castle is a museum and used as a seat of the state parliament in Mecklenburg-Western Pomerania. 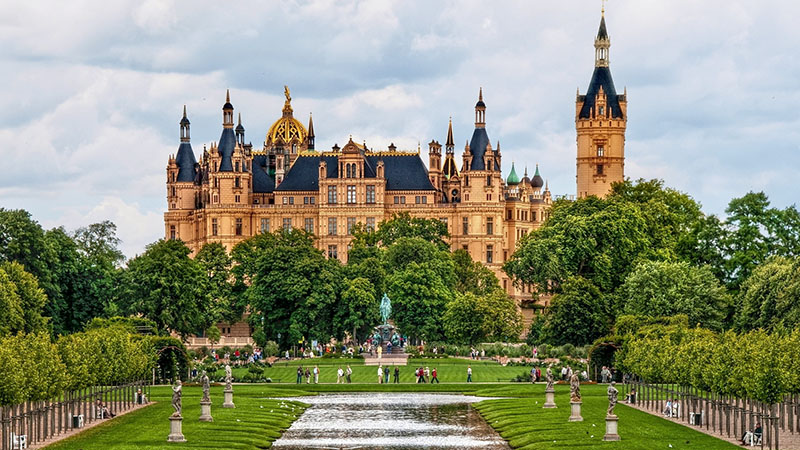 Set against a backdrop of the Königstuhl hill’s thick green forests, Heidelberg Castle is one of the most famous ruins in the world. The castle’s silhouette dominates the view of downtown Heidelberg and is considered some of the most important Renaissance structures north of the Alps. With its many masterpieces of Renaissance architecture and alluring garden, the castle was once celebrated as the “eighth wonder of the world,” in the 17th century.

In 1537 a lightning bolt destroyed the upper castle, and here began the castle’s turbulent history. Formerly the landmark was one of the most notable buildings in the Holy Roman Empire the castle was also destroyed by the French at the War of the Grand Alliance. Following the repairs, the castle was severely damaged again in 1764, when another lightning bolt caused a fire destroying the rebuilt sections. The subsequent rebuilding has led to a melding of various Gothic and Renaissance architectural styles creating a charming and unique aesthetic. 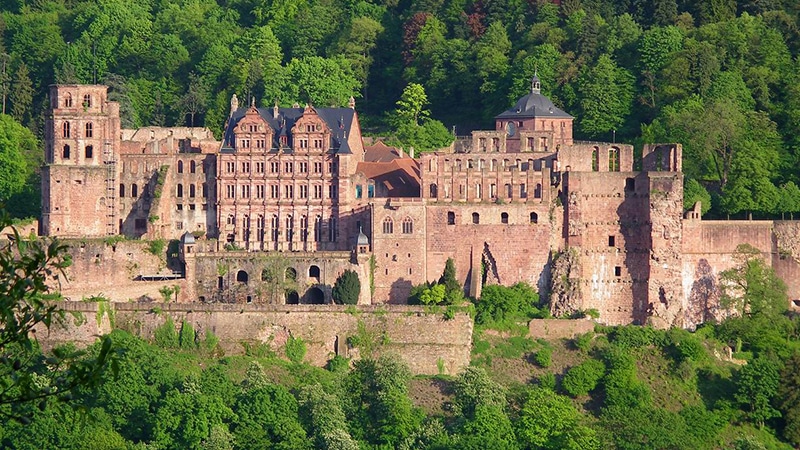 The Reichsburg Cochem Castle can be seen towering over the charming town of Cochem along the Moselle River. However, the castle which stands there now is not the original 12th-century structure. It was obliterated by the troops of French King Louis XIV in 1689. After spending 180 years as a colourful stone ruin, it was brought and reconstructed by a wealthy businessman. Now the gothic revival castle boasts a magnificent collection of Renaissance and Baroque furniture.

The castle has retained some of its original Romanesque and Gothic charm which goes hand in hand with its colourful history. The new design incorporates a four-storey octagonal tower, known as the “witches tower”, and the hexenturm. Women used to be thrown from the “Witches Tower” to test for witchcraft. Today it is a popular tourist destination, despite some claiming it is inauthentic due to the 19th-century reconstruction. Some argue that this majestic building is better from afar. However, if you heed this advice, you will miss out on truly spectacular views of the Cochem and the Moselle Valley. 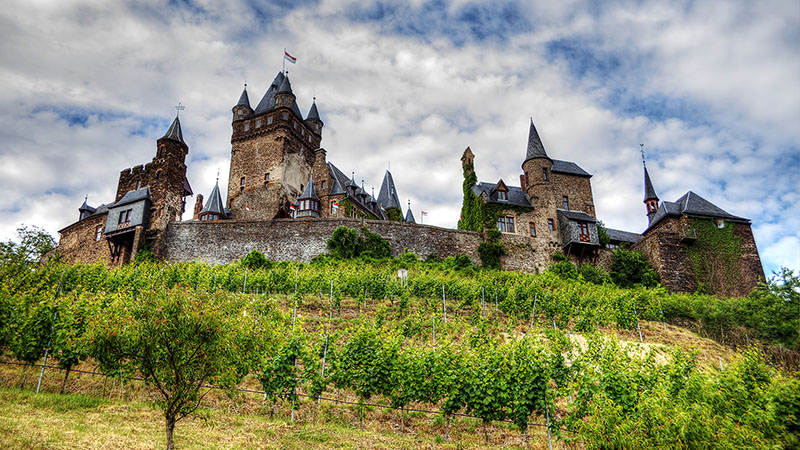 Overlooking the town of Eisenach 410 meters above sea level, atop of a hill in Thuringian Forest sits Wartburg Castle. Built in 1067, Wartburg Castle is one of the oldest and best-preserved castles in Germany. With interiors dating back to the 19th century, this is is the antiquer’s and historian’s dream. However, its 900-year-old decor is not nearly the most historically significant aspect of this famed fortress.

Wartburg Castle is the palace in which Martin Luther sought refuge while translating the New Testament into German in the early 16th century. Adolf Hitler also tried to have the castle’s cross taken down and replaced by a swastika in the 20th century. Wartburg boasts stunning views of Thuringian Forest and is the second most visited tourist attraction in the state of in Thuringia. Visitors can choose to take a hike along the steep slope to reach the castle or take a shuttle bus. 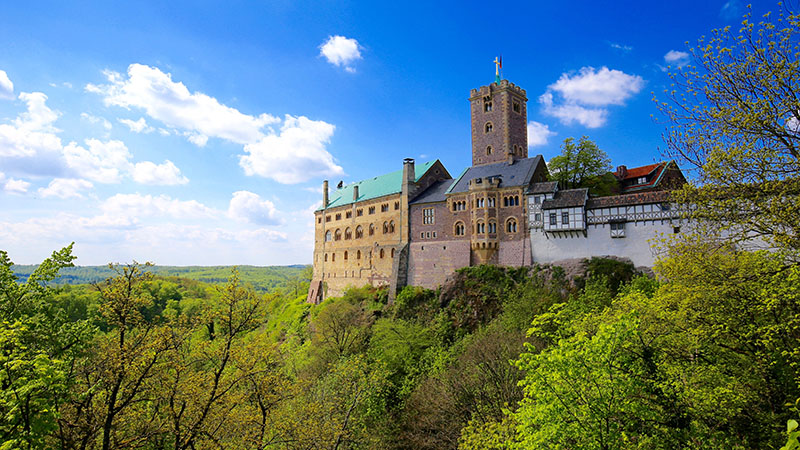 Nestled away in a tributary of the Elsava valley, within the Spessart forest, is Mespelbrunn Castle. This Renaissance-style castle is a popular tourist attraction and has become a famous Spessart landmark. Built by a knight in the 15th century as a simple house, the castle stems from humble beginnings. Its hidden location in the quiet valley means that unlike most castles it has never suffered any damage at the hands of the war.

Described as one of the loveliest castles in Europe, this a late-medieval/early-Renaissance palace is located on the water, boasting a seriously beautiful moat. The family who own and live in the castle open it up to the public during the year. It is one of the most visited water castles in Germany and a favourite day trip from Frankfurt. We suggest strolling through the various romantic paths on the grounds. 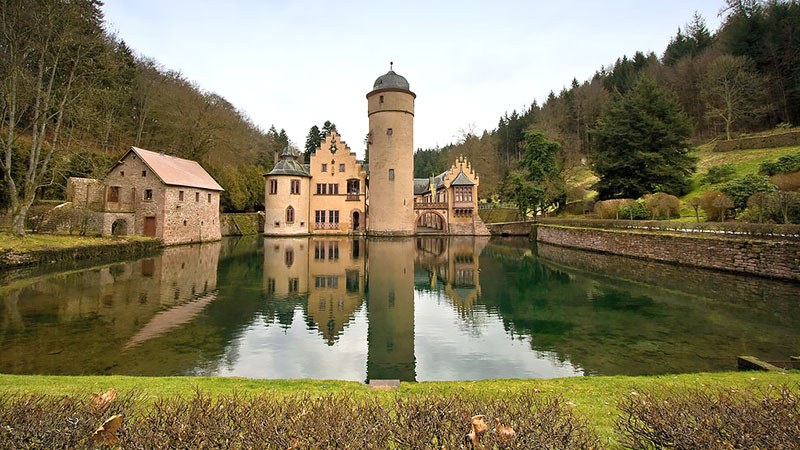 Built between 1793 and 1801, Löwenburg Castle is one of the earliest mock-medieval ruins of Continental Europe. Löwenburg Castle is one of the most beautiful structures in the world despite being an imitation of medieval architecture. Located in the serene surrounds of Bergpark Willhelmshöhe its exterior resembles a semi-ruined medieval knights castle. With high ceilings and ornate design, the interiors of this palace observe the characteristic layout of a Baroque country Schloss. The castle features grand apartments, armoury, and a Neo-Gothic chapel. 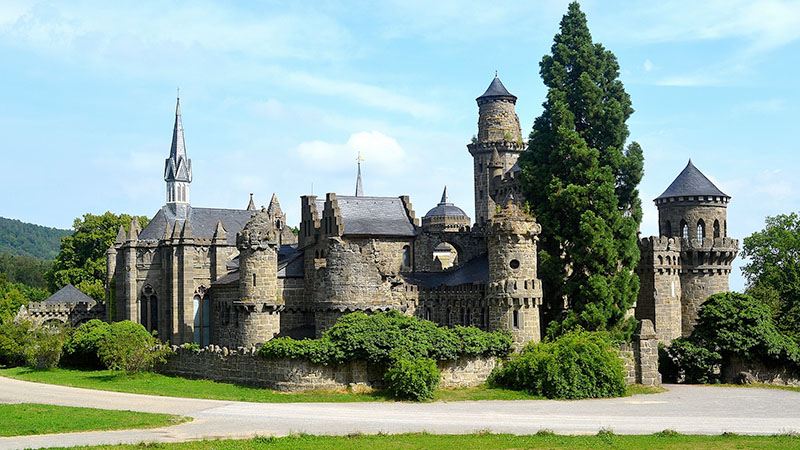 Home to the Dukes of Schleswig-Holstein and, at times, Danish Kings, Glucksburg Castle is one of the most important Renaissance castles in northern Europe. It is the house of one of the most significant family seats in Northern Germany. Situated on the Flensburg Fjord, a large lake which formed after a flood surrounded the grounds.

The castle was built on the site of a former Cistercian monastery. Granite and bricks from the original building were re-used to create the stunning white exterior walls. Glucksburg Castle gets its name from the Duke’s motto “Gott Gebe Glück Mit Frieden.” This translates to “God grant happiness and peace”. This motto along with the Duke’s Coat of Arms is above the castle’s entrance. As an essential part of the cultural heritage, Schloss Glücksburg castle is now a museum. 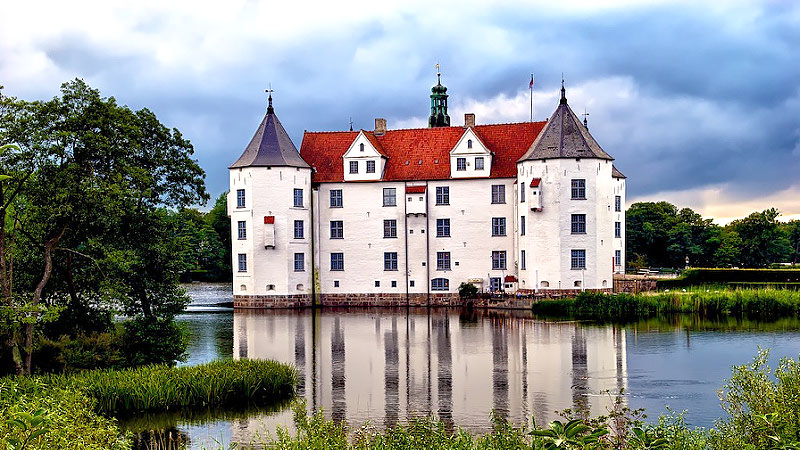 This 19th-century palace in southern Germany sits atop a hill above lake Alpsee. Crown Prince Maximilian rebuilt the castle according to the original plans in 1832 after successive wars over the centuries left it in ruins.

Set among the romantic mountain scenery of the village of Hohenschwangau, this castle provides plenty of idyllic photo opportunities, inside and out. 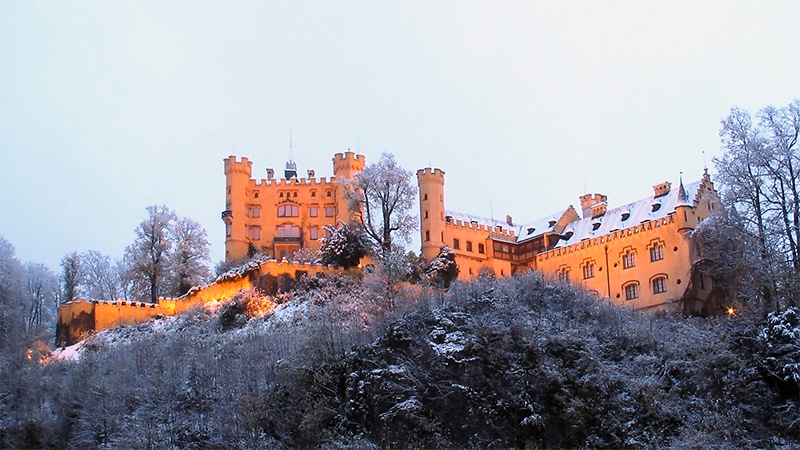 Overlooking the river Elbe in the German town of Meissen sits the magnificent Albrechtsberg castle. This Neoclassical stately home boats some particularly beautiful interiors and architectural elements. It was constructed using only high price and high-quality materials such as marble, the most kingly wood and the white sandstone from Saxony.

The castle is now a private hotel and catering school. It houses an impressive ten halls and saloons, a sun patio and a park scenery that are available for rent. Only 25km from Dresden, this stunning location also makes for a popular day trip. 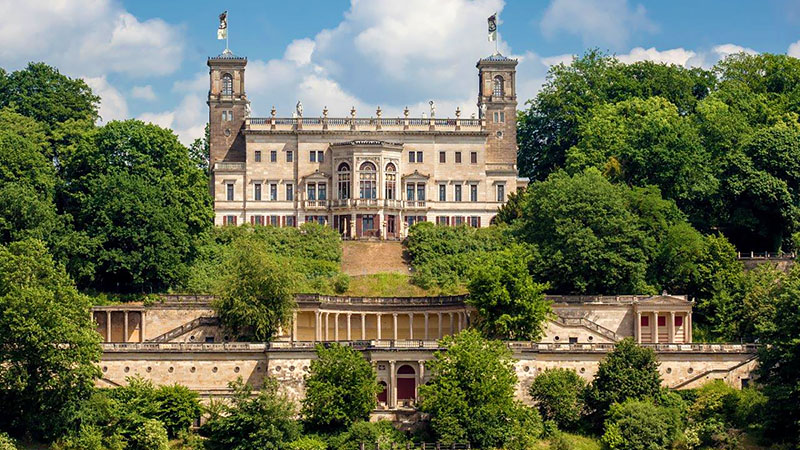 Offered to German emperors seeking refuge during their executions, Wernigerode Castle was a haven in the middle-ages. The castle was reconstructed in a baroque, romantic style manor after the original structure fell in the 30-year war.

Housing more than 40 rooms lived in by German nobility, most of the castle still contains its original furnishings. Parts of romantic wonder have been open or public viewing since 1930. Nowadays, visitors can access the other parts of Wernigerode Castle via museum tours. These tours include fixed displays as well as the special exhibitions on offer in the castle. 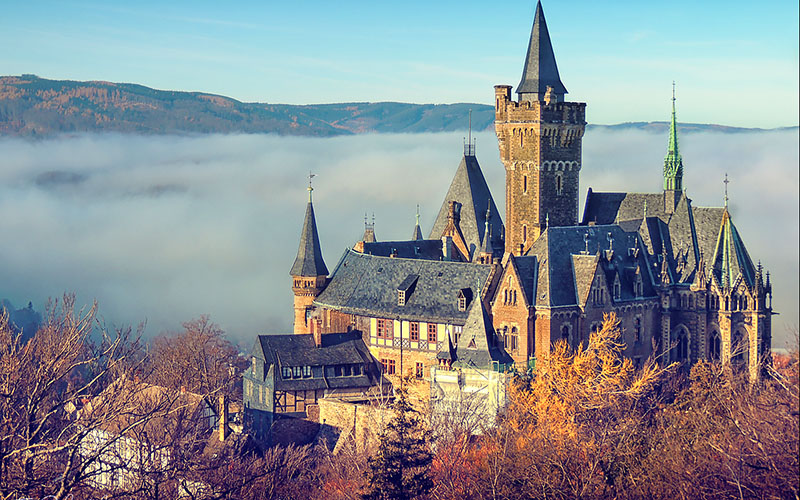 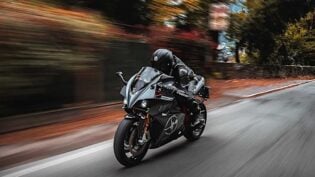 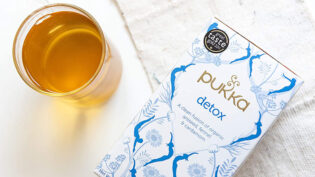 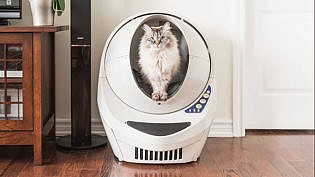 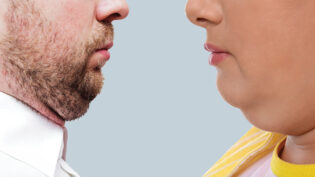 How To Get Rid of a Double Chin 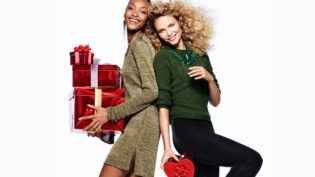 10 Best Christmas Gift Ideas for Her 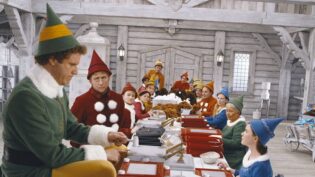 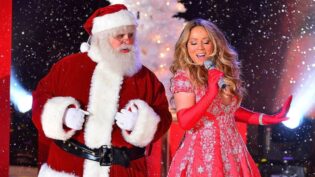 30 Christmas Songs to Enjoy With Friends and Family 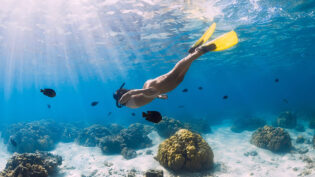 20 Fun Water Sports and Activities to Try This Summer 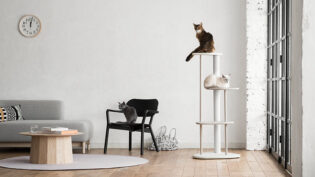 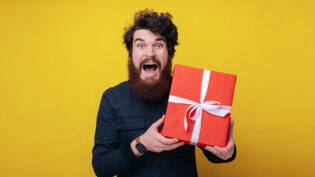