8 Best Back Exercises for Building a Broad Physique 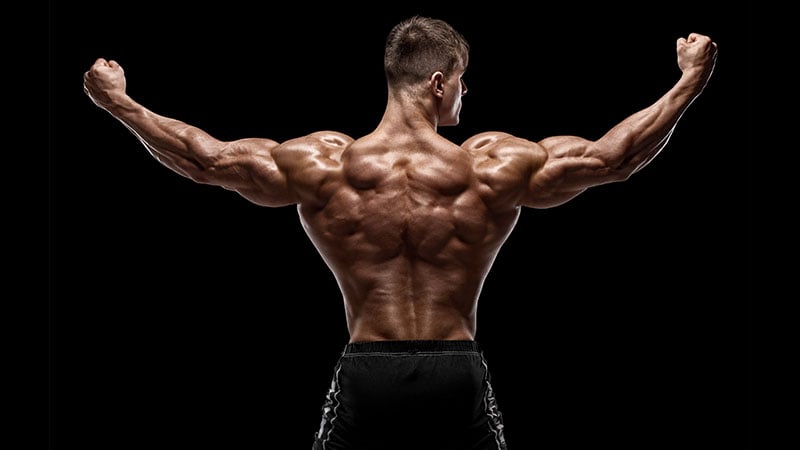 The muscles in your back often get worked by default in other exercises, especially ones for the chest and shoulders. However, to create a strong foundation, excellent mobility, and great posture, it’s vital to give your back muscles individual attention. The ultimate back workout takes care of the large number of muscles that make up your back, including the often neglected ones. You’ll build mass in your lats and traps, as well as turn the focus to the smaller muscles for a well-rounded workout.

The back is one of the most complex muscle groups in the body and consists of dozens of muscles. They can be divided into three groups — superficial, intermediate, and deep. These layers refer to the depth of the muscles within the back. Most of the exercises below are focused on muscles in the superficial layer, which are some of the largest and most easily worked. Get the low down on these main muscles below. Additionally, because the back cannot work by itself, there are muscles in the shoulders and arms that are regularly engaged when doing a back workout. Knowing how everything fits together will allow you to engage beast mode on back day. 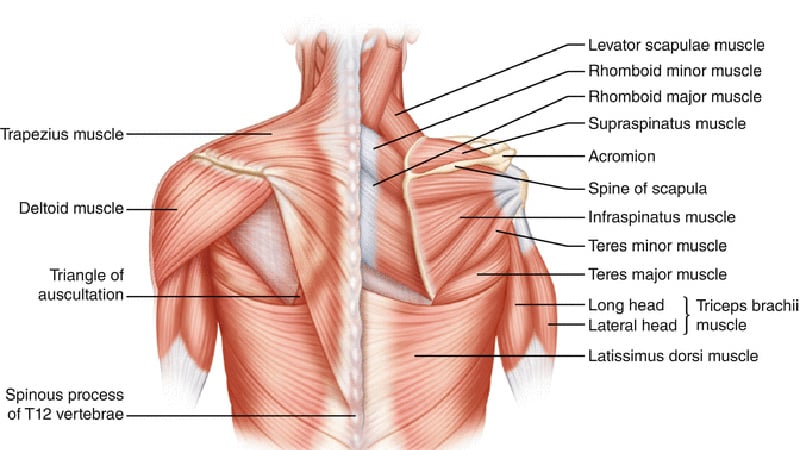 The latissimus dorsi, also known as the lats, is the largest muscle in the upper body, stretching from your spine to under your humerus bone. It assists movement in the arms, shoulders, and torso.

The teres major is tucked in beneath the arm and helps rotate the shoulder joint, and raise and lower the arm. It attaches from the lower scapula to the humerus.

Appropriately named because of their rhomboid shape, these muscles are located under the trapezius and allow movement of the scapula. There’s both a major and a minor rhomboid on each side.

Wrapped around the upper arm is the deltoid muscle. It comprises three muscle heads — the front, side, and rear, and creates movement in the shoulder, and also prevents shoulder dislocation.

The thoracolumbar fascia is a membrane that sits across your mid and lower back. It’s important because it acts at the attachment point for the trapezius, latissimus dorsi, gluteus maximus, and hamstring muscles.

The trapezius, or traps, dominate the upper back. It attaches at the base of your skull and continues down to the middle of your spine. It facilitates neck and shoulder movement.

Best Back Exercises for Men

Because the back is made up of many muscles, to get the best workout, you need to be targeting all areas, not just the lats or traps. Therefore, the ultimate back workout includes exercises that work the different muscles along different planes of movement. You’ll also want to vary grip, weights, and exercises to train like a real athlete. Our recommendations follow the science of movement from the ATHLEAN-X program, which is run by Jeff Cavaliere. He’s the former Head Physical Therapist and Assistant Strength Coach for the New York Mets. He also has a Masters Degree in Physical Training and is a Certified Strength and Conditioning Specialist. Consequently, he’s very qualified and knowledgable in muscle performance and development.

Big, compound moves are always a great way to start your back workout. Hitting multiple muscles in one movement, when you’re feeling fresh, allows you to make the most of your beginning-of-workout energy. Plus, these big multi-joint moves are time efficient — you’ve got a lot of muscles in the back, but you don’t want to spend forever at the gym. As such, you’ll start with heavy-weighted deadlifts, which are a great foundational exercise. You’ll complete two sets combined with weighted chin lifts to help decompress the spine. However, before each deadlift set, you’ll need to make sure you’re sufficiently warm, so complete a quick round of straight-arm push downs before each deadlift set. 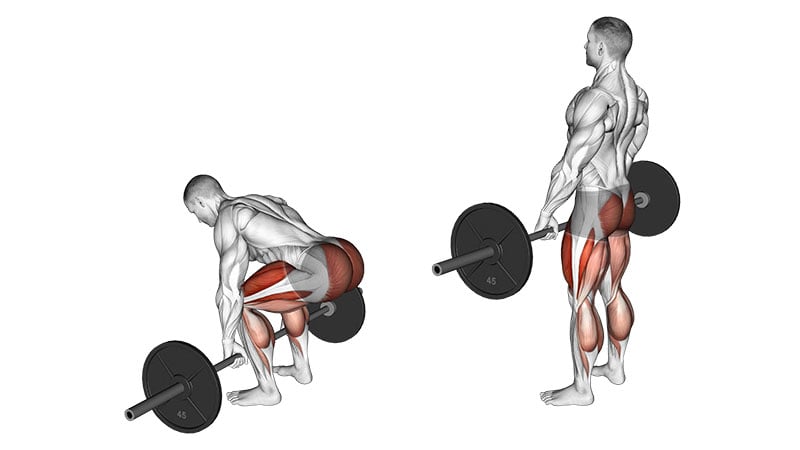 Weighted chin lifts are an excellent way to decompress the spine after each deadlift set. Plus, being another compound movement, it continues to work the back and upper arm muscles. It’s a classic move that allows you to pile on the weight and lift heavy. This is especially true for your back workout, as you’re only going to do four reps, so be brave and weight up.

It may seem like deja-vu; however, the second part of the ultimate back workout is a variation of part one. Again, it’s going to be a combo set of big deadlifts and a decompressive move — this time, it’s a wide-grip pullup. You’re only going to be doing four reps with this second round of deadlifts, so add more weight. Keep in mind, because you’re using bigger weights, you’ll still need to keep warm between each set with another quick set of straight-arm pushdowns.

Wide grip pullups are another great multi-joint exercise that also decompresses the spine. Doing a wide grip, compared with a narrow grip, will allow you to hit the teres major muscle better. However, for this set, you’re dropping the weight altogether, and just using your body weight. 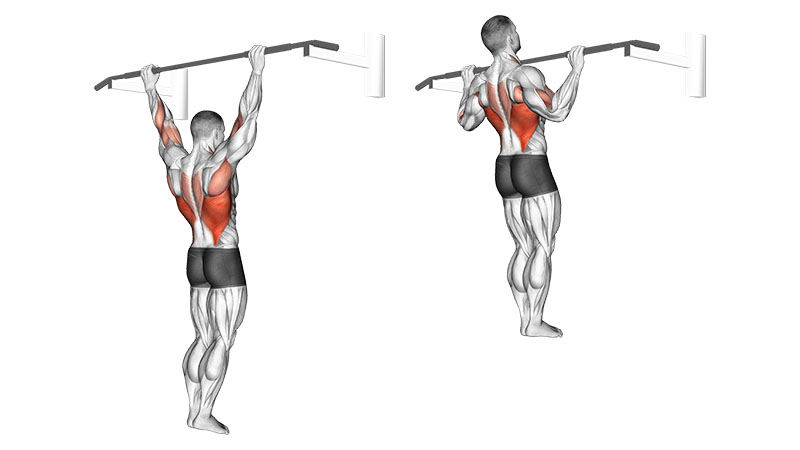 Reps: To failure, using bodyweight only

The next exercise in the ultimate back workout is barbell dead rows. This uses similar mechanics to the previous deadlifts. However, you’ll use slightly lighter weights, which in comparison to the weights in your deadlifts, will seem considerably lighter. As such, this allows you to train more explosively. 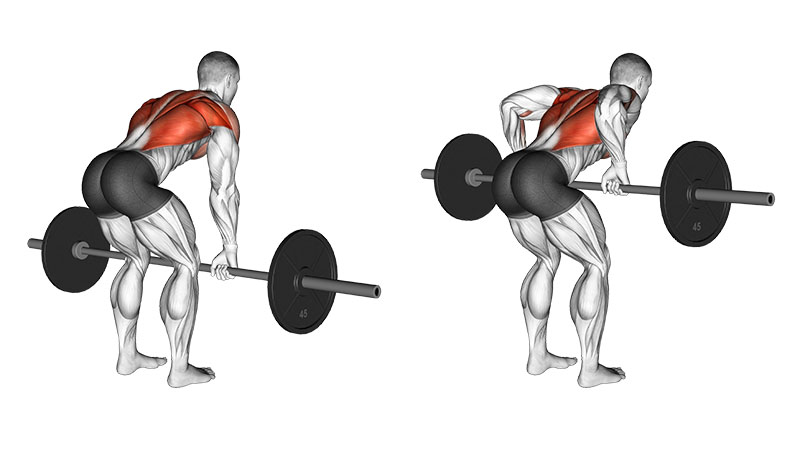 Alternating high pulley rows specifically put the focus on your lats. This exercise takes them through their full range of motion to get the most out of the workout. Plus you’re also going to get a bit of rotation on the back as you shift your feet, which adds to the lat contraction. 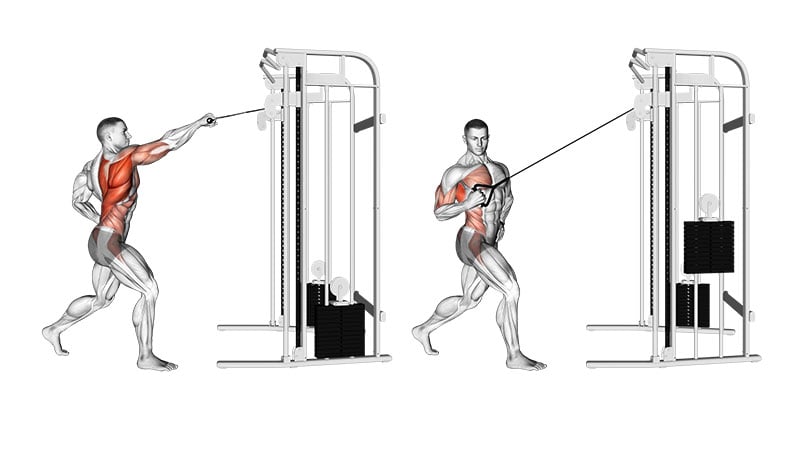 Now that you’ve tackled some of the big hitter muscles, it’s time to shift the attention to the smaller muscles in the back. Filling the gaps by explicitly targeting the areas that don’t get hit enough, will elevate your workout. Plus, these corrective exercises allow the muscles to develop correctly to ensure shoulder stability, proper function, and excellent mobility. A set of hyper Ys and Ws is just the trick. The Ys will target the lower traps, activating them correctly. Then, Ws work the muscles of the rotator cuff by externally rotating the shoulder. 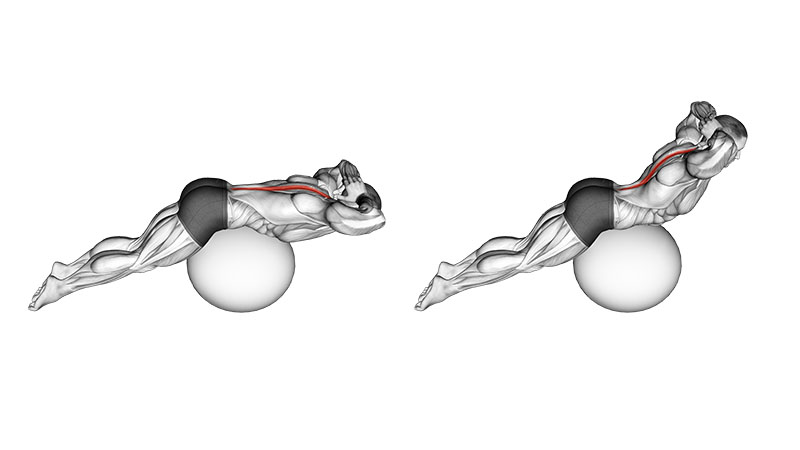 The lucky last exercise for your ultimate back workout is for the upper traps. Barbell shrugs are a great way to engage these muscles and build mass. You can either hold the bar a little wider to mirror the direction of the fibers in the muscles or hold it narrower if that’s more comfortable. The killer part of this grand finale is that you’ll do the shrugs as a ladder to 10. 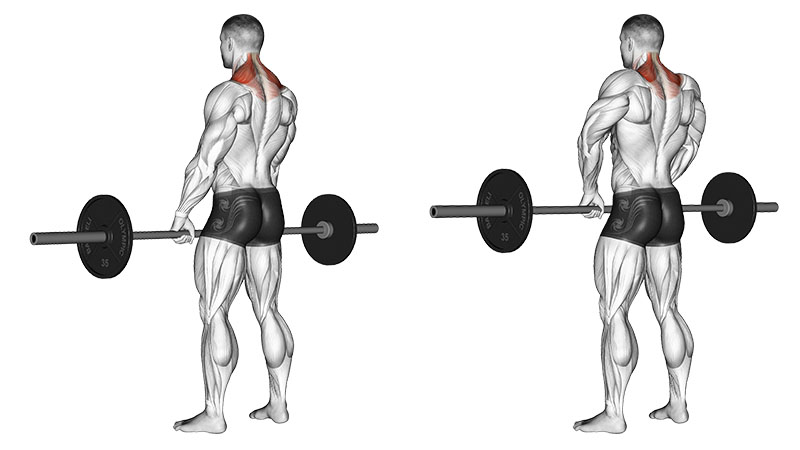